Sean is an activist who grew up in Milwaukee’s 53206 neighborhood. 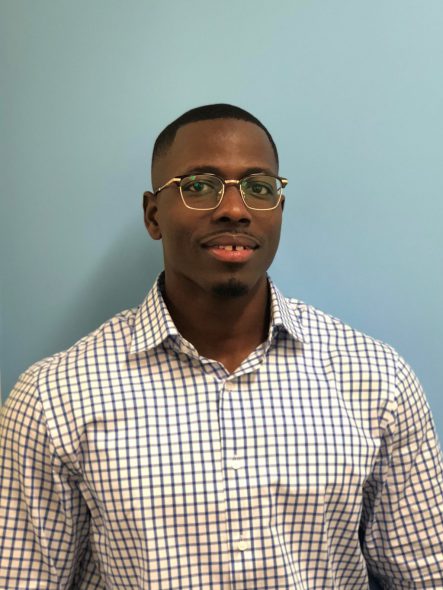 Sean Wilson. Photo courtesy of the ACLU of Wisconsin.

MILWAUKEE — The American Civil Liberties Union of Wisconsin (ACLU) has hired Milwaukee native Sean Wilson as its Smart Justice statewide organizer. Sean is an activist who grew up in Milwaukee’s 53206 neighborhood. As a formerly incarcerated person, Sean knows all too well the outcome of poor decisions – and has made a vow to advocate for justice, and also teach young people how to problem solve and create better conditions for themselves.

“As someone that has lived experiences with the criminal justice system in this state, I feel that my path has ultimately placed me in a unique position to help others, and make progress for real reform,” Sean said.  “I am an advocate for change and because I have endured struggles, I want my presence to be a liberating encounter for youth and all who feel they have no options. My favorite quote, ‘if there is no struggle, there is no progress’ [Frederick Douglass], not only exemplifies my life personally, but now also in my role at the ACLU.”

“Sean will help build the ACLU’s Smart Justice campaign in Wisconsin to decrease the number of people in prison.  He will play a critical role in leading this work and will help ensure that people impacted by problems in today’s criminal justice system lead the ACLU’s work on criminal justice reform,” said Chris Ott, ACLU of Wisconsin executive director.

The ACLU’s Campaign for Smart Justice is committed to realizing a new criminal justice system – one that is substantially smaller than its current size while also keeping communities safe, advancing racial justice, treating people fairly, and using fiscal resources wisely.  Founded in 1930, the ACLU of Wisconsin is a private, nonpartisan organization with more than 24,000 supporters, who reside in every county in the state. For more information, see aclu-wi.org.