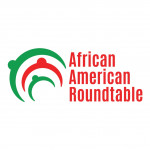 MILWAUKEE—The African American Roundtable (AART) is claiming victory in the fact that the recent omnibus bill that was passed by the Milwaukee Common Council included funding for housing and no new money for the Milwaukee Police Department. However, the organization has renewed its fight for participatory budgeting, since the city did not include any funding for it.

The omnibus included $43.5 million for housing and $31 million for lead abatement. Nine members of the Common Council signed a resolution to create participatory budgeting for the city in June, although no funding for it was included in this bill.

“From the very beginning, we have advocated for no ARPA money for MPD,” said Markasa Tucker-Harris, executive director of the African American Roundtable. “We have organized for cooperative housing, public health and participatory budgeting. While we didn’t get the funding for participatory budgeting that we fought so hard for—and that more than 1,000 residents indicated that they wanted—we are thrilled about money going towards housing and lead abatement. Our fight continues.”

Through its LiberateMKE campaign, AART has been fighting for participatory budgeting since 2019. The organization believes that residents deserve real decision-making power regarding how the city’s resources are used.

The organization collected over 200 postcards as well as 200 signatures on its petition demanding that Milwaukee creates participatory budgeting.

AART continues to demand that the city of Milwaukee fund participatory budgeting, defund MPD and fund the people.