MILWAUKEE (Jan. 11, 2020) – The men’s movement to oppose human trafficking continues to gain momentum, six weeks after launching. As of yesterday, more than 41,350 men in Wisconsin and seven other states have taken the HEMAD pledge to stand against human trafficking and the commercial sexual exploitation of adults and children.

HEMAD (Human trafficking Educators working with Men and boys to stand Against the Demand) is a program of Convergence Resource Center (CRC), a faith-based nonprofit community service organization helping women rebuild their lives after trauma with an emphasis on justice-involved women and female survivors of human trafficking.

“Today is National Human Trafficking Awareness Day and January is recognized as National Slavery and Human Trafficking Prevention Month,” said CRC co-founder and CEO Debbie Lassiter. “HEMAD helps raise awareness of this horrible crime and provides a mechanism for men to take a stand and influence other men to lessen the demand for the sexual exploitation of women, girls, and boys.”

The HEMAD campaign, now in its third year, kicked off just before Thanksgiving and officially ran through the end of December. Organizers hope 60,000 men will go to CRC’s website (https://www.convergenceresource.org/hemad) to watch a 3-minute video and take the pledge. Men in California, Florida, Georgia, Illinois, Indiana, Michigan, North Carolina and Wisconsin have taken the pledge.

“By this time last year, nearly 10,000 men had taken the pledge. Then, the movement spread through social media, eventually reaching 30,000 men in the U.S. and in several foreign countries,” said Arnold Cifax, senior youth pastor at New Testament Church in Milwaukee and a CRC board member. “We are ahead of last year’s pace and are hearing from groups that they are spreading the HEMAD message throughout Wisconsin and nation.”

Cifax noted that most HEMAD presentations at churches and civic groups are being done virtually through Zoom, Teams, or Facebook Live because of the coronavirus pandemic.

“We are happy to have one of our ambassadors make in-person or virtual presentations to churches, civic groups like the Rotary, Lions or Kiwanis Clubs, or neighborhood watch groups in the coming weeks and months,” said Cifax. “People are using these methods to stay connected despite the pandemic.”

Individuals or organizations should contact CRC by email at hemad@convergenceresource.org to schedule a 15-minute presentation.

“HEMAD is showing people that stopping the commercial sex trade is an important issue. It is a multimillion-dollar criminal enterprise operating every day in every area of all 50 states – from big cities and suburbs to small towns, rural areas and tribal lands,” said Lassiter. “It is victimizing vulnerable teen boys and girls in every community.”

“Roughly 80 percent of human trafficking cases in the U.S. involve sex trafficking, and more than half of the criminal trafficking cases in the U.S. involve children,” noted Cifax. “Statistics show that one in three runaways will be lured into sexual exploitation within 48 hours of leaving home and the average age of entry into the commercial sex trade is 13 – the age of seventh and eighth graders.”

“About 300,00 children are at risk of being sex trafficked each year in the U.S. and we know Wisconsin is one of the top states for human trafficking,” said Jason Fields, CEO of Madison Region Economic Partnership (MadREP) and a HEMAD leader. Fields is a former state legislator who had introduced or supported numerous bills aimed at helping human trafficking victims escape the commercial sex trade.

“To put that number in perspective, 300,000 is the combined populations of Madison, Marshfield, and Kaukauna or Green Bay, Eau Claire, Sheboygan, Oak Creek, Mequon, and Germantown or Kenosha, Racine, Waukesha, and Wauwatosa,” he said. “The number of human trafficking cases in the U.S. is rising every year. Nearly 45,000 cases of human trafficking have been reported to the National Human Trafficking Hotline (888-373-7888 or text 233733) in the past five years, but the number of actual cases is much more.”

“People are recognizing that the commercial sex trade exists in all corners of every state and it’s victimizing vulnerable teen boys and girls in every community,” added Cifax. HEMAD’s intent is to unite men to put this multimillion-dollar demand-driven industry out of business.” 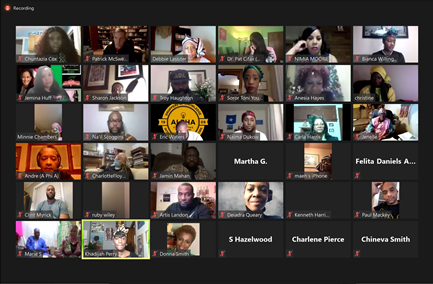 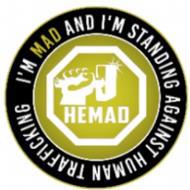