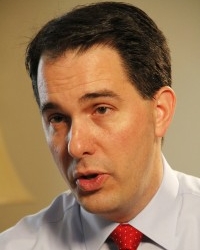 Millions in Out-of-State Donations for Walker

For true believers with ready pocketbooks, he is America's governor.

Men approve and women disapprove of him by large margins. Could that decide 2014 election?