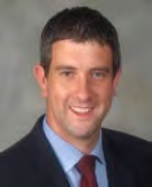 Who Is Running The Ship?

While Walker campaigns for president, it's not clear who is running state government.