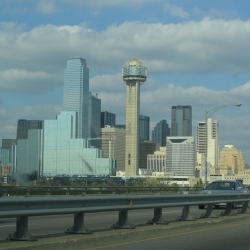 The final two appointees to Business Improvement District #41 (Downer Ave.) were approved by committee today. Andie Zacher and Brett Grasse were added to the newly expanded board bring the total to seven members. Brett Grass from Lighthouse Development expressed that he has a “vested interest in the shopping district staying vibrant” and that his experience at Lighthouse Development should be of value to the board.. These appointments were approved and will now go before the full Common Council. Also of note was the appointed of first term Alderman Nik Kovac to the Arts Board. He expressed his desire to sit on the Arts Board by saying “I look forward to helping the arts and helping the city at the same time. He conveyed a strong belief that the arts are not only beneficial to the quality of life within the city but also to the economic development of the city. This appointment was approved and will now go before the full Common Council. The last item on the agenda was resolution 080293 which saw a vigorous discussion over the problematic development effort at 27th and Wells St. known as WestPointe Commons. First funded in November 2001 the project has yet to be completed and has spent almost $1 million in public funds. The motion before the committee was to freeze access to public funds until an audit was completed which would determine what went wrong and if the project should go forward. Former Alderman Paul Henningsen spoke on behalf of the project making a passionate appeal to allow the project to continue. He argued that despite its past issues, it is now close to completion and in combination with other projects in the area it could have a catalytic effect. In the end the committee voted to approve the resolution, essentially freezing public funds, which will now go before the full Common Council.