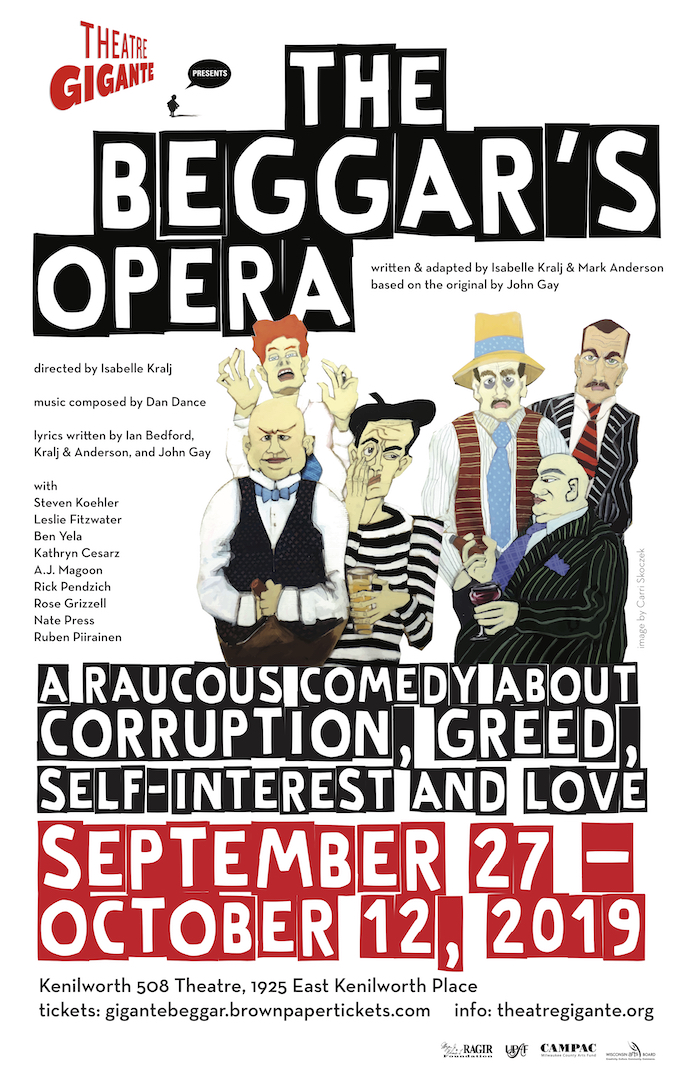 A raucous comedy about corruption, greed, self-interest and love, based on the original by John Gay.

In 1728, John Gay wrote The Beggar’s Opera, introducing the character of Macheath, who has survived nearly three centuries as a charming rogue, in both John Gay’s original, in The Threepenny Opera by Bertolt Brecht and Elizabeth Hauptmann, and now in Theatre Gigante’s modern version. Full of contemporary social/political critique, a lot of humor, and a clever twist or two, Theatre Gigante’s THE BEGGAR’S OPERA promises to bring home the bacon.