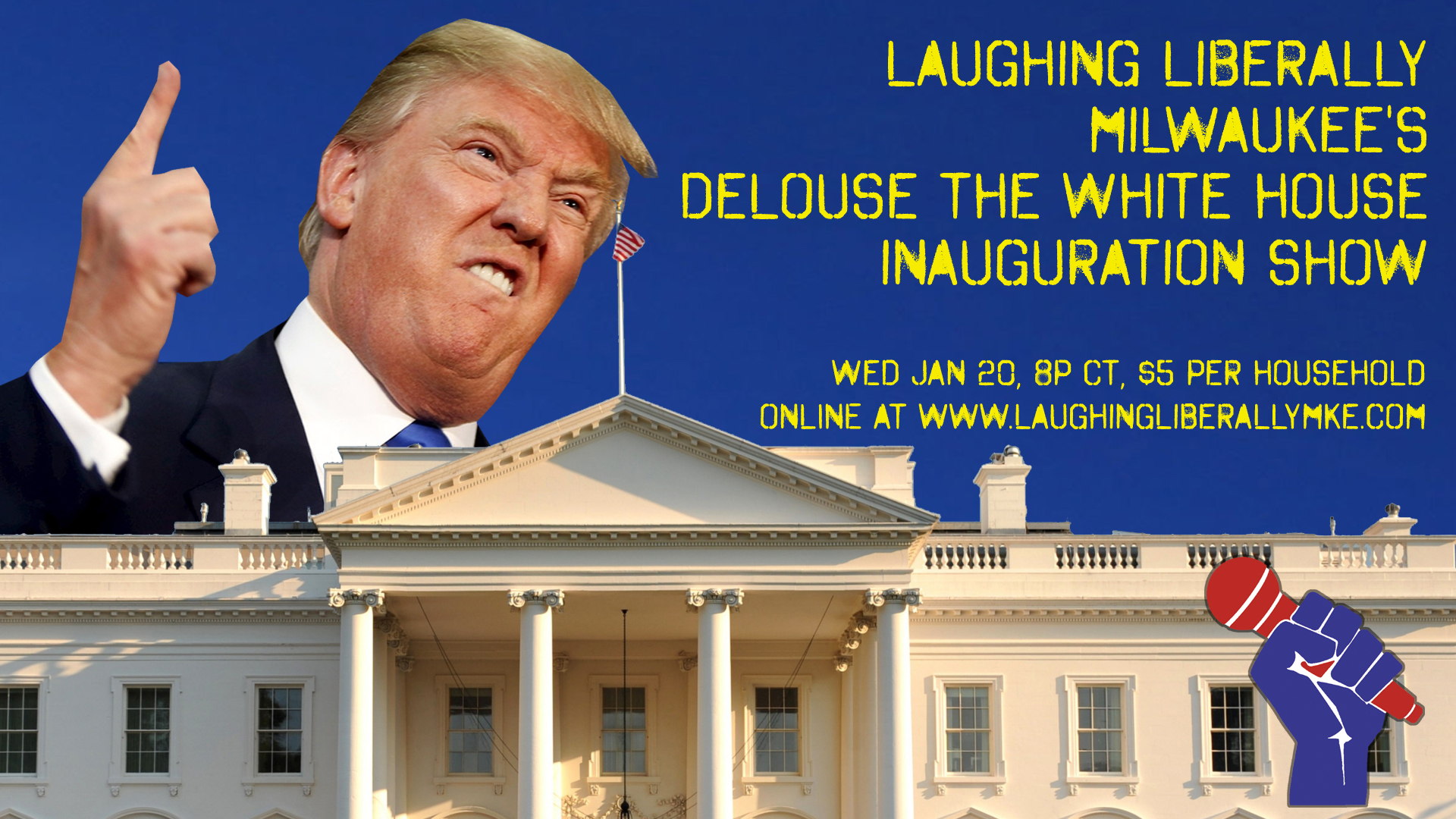 Since the onset of the Covid-19 outbreak, Laughing Liberally Milwaukee has not been able to produce our normal monthly comedy shows. But just because we can’t gather in person doesn’t mean we can’t celebrate the defeat of Donald Trump with an online comedy extravaganza. That’s why we’re excited to present Laughing Liberally Milwaukee’s Delouse The White House Inauguration Show featuring some of Milwaukee’s top progressive comedians. Tickets to the virtual show are only $5 per household and should be purchased in advance HERE.

Laughing Liberally Milwaukee is hosted by comedian, cartoonist and progressive talk radio host Matthew Filipowicz. Matthew’s work has been featured on CNN, NPR, PBS, HBO, BBC, Ain’t It Cool News, the New York Times, the Wall Street Journal, the Atlantic, the Nation, the London Times, and countless sites in the progressive blogosphere including Salon, Daily Kos and the Huffington Post.

In addition to some of the finest progressive comedians Milwaukee has to offer, every Laughing Liberally Milwaukee features a special interview with a local activist, journalist, or political figure. This month’s guest is Angela Lang from BLOC – Black Leaders Organizing For Communities.