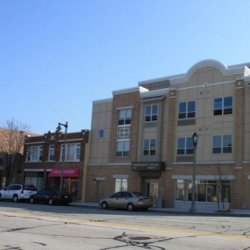 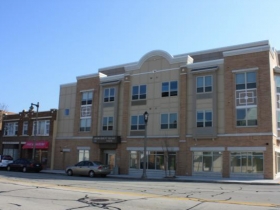 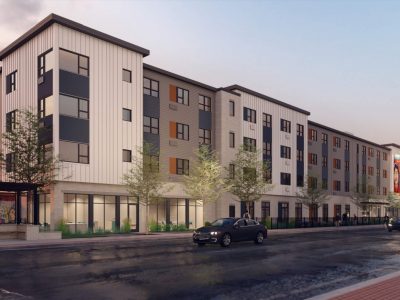 According to the U.S. Census Bureau approximately a quarter of Milwaukeeans live in poverty.

One item of note was the request for a changing in zoning from Industrial Heavy and Park to General Planned Development that had been held at the last City Plan Commission meeting. The approval of this resolution would be next step in allowing the Empowerment Village low income housing project to be built on a city owned lot near the Kinnickinnic River. It was held because local environmental groups had planned on utilizing the property for expanded green space and argued that the City of Milwaukee should work with the developer to find another vacant lot. After further review the Department of City Development (DCD) determined this was the best available city lot in that part of the city, that there significant time sensitive need for this type of housing project, and therefore recommended approval. Despite the recommendation Alderman Tony Zielinski continued his opposition to this project saying “the point is there are other options and I hope we don’t act on this”. The Commission took the advice of DCD and approved the resolution send it on the the Zoning, Neighborhoods and Development Committee. The site location is pictured below via Google Maps Street View. View Larger Map

The first item on the agenda, Resolution 070963, was the heavily debated Downer Avenue Redevelopment Phase II project. The resolution would recommend a change of zoning from General Planned Development to Detailed Planned Development and include a 7-story hotel, an 11-story residential tower, 5 town homes, and a 4-story addition to the Mulkhern building. Architect Scott Kindness indicated that the Chancery building currently retains only about 50% of its original facade and that they “plan on taking down the entire building to allow this to happen” but that they will “rebuild the 1936 version of the Chancery building”. Clearly he was referring to rebuilding the facade along the first two floors as they will add additional floors with a setback allowing the street level massing to appear similar to its original design. He also indicated the project will most likely break ground in the Spring of 2009 as both pre-sales for the condominiums and finding the operator for the hotel will take time and are dependent on approvals. Architect Matt Rinka explained that the redevelopment of the Mulkhern building would include the 4-story addition, demolishing the drive through and ramp, creation of an urban garden, and will convert the existing upper floor to medical uses. Despite multiple iterations, and numerous meetings opposition to this change in zoning was brought by local community members who have fought this project from its beginning. Alderman Michael D’Amato pointed out that that “the use is consistent with the General Planned Development, the height is consistent with the General Planned Development, and the massing is consistent with the General Planned Development” further he indicated the plan is simply receiving opposition from the same neighborhood members who opposed this project from the beginning indicating that taking further input was just a delaying tactic and at this point served no purpose. He appealed to the commission that “the anchors on Downer Avenue are dying” and that “I hope you will finally allow progress on Downer Avenue.” The Commission took his advice and recommended it for approval with the conditions that the developer works to shorten the balcony and continues to work with staff on improvements. Another item of particular interest, Resolution 071292, pitted groups of citizens with positive intentions against each other. Specifically groups representing low income housing for the homeless and mentally ill ran into opposition from green and bicyclist enthusiasts due to the site location. The property in question was a city owned lot near the Kinnickinnic River that various groups had been planning to use for bike trails and green space. Alderman Tony Zielinski appeared upset over the proposed use of land and went on to say “we are setting a dangerous precedent by developing our green space”. The commission listened to his advice and held the resolution asking the Department of City Development to work with the developer to look for another site or improve the facility’s design to work better with the trail. 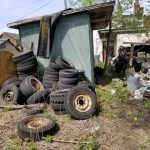