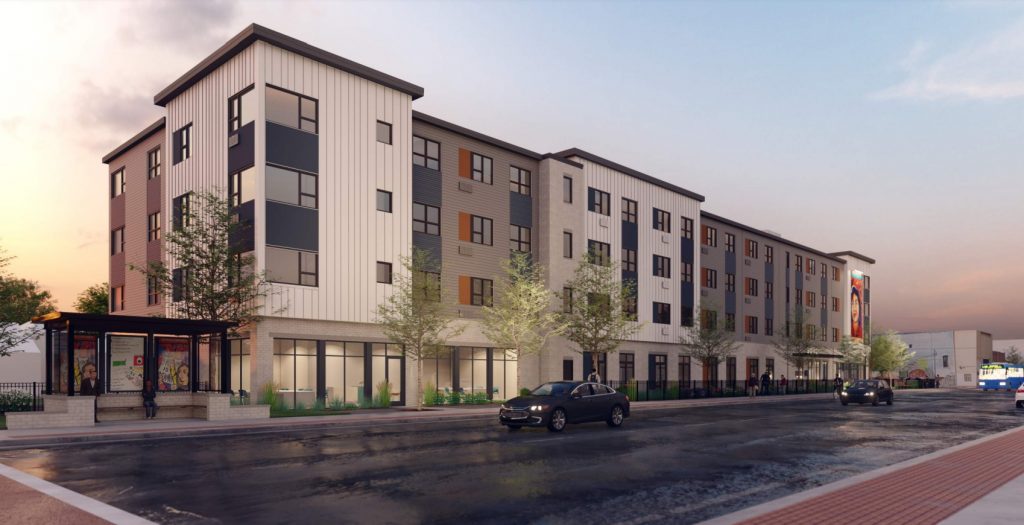 A long-planned apartment building looks to be headed towards construction in Milwaukee’s Clarke Square neighborhood.

In 2014, affordable housing developer Cardinal Capital Management (CCM) first proposed a new building for the half-block lot at 1127-1135 S. Cesar E. Chavez Dr (at Washington St., just south of National Ave.). The proposal was contingent on winning a request for proposals to construct a replacement for the Forest Home Library, but the city ultimately selected a proposal for W. Historic Mitchell St.

CCM bought the 39,884-square-foot site for $1.7 million. An affiliate of the local El Rey grocery store chain had purchased the property a year earlier for the same amount. It was long owned by an affiliate of Dental Associates, which once operated a clinic in the lone building remaining on the property.

But the third time could be the charm for Cardinal Capital. The firm is lining up building permits for a four-story, 67-unit apartment building.

According to plans submitted to the city it would include 43 indoor, underground parking spaces and 27 outdoor spaces along the rear alley.

A commercial space would be included at the southeast corner while the northeast corner would include a club room, community room and management office.

Units would be a mix of one-bedroom and two-bedroom layouts. A fenced, landscaped terrace would separate the first-floor units from the street while the community room and commercial space would be connected via a hardscape surface. An enclosed outdoor tenant area is to be located at the northern edge of the property, exposed to Chavez Dr. and W. Washington St.

Get a daily rundown of the top stories on Urban Milwaukee
A large, vertically-oriented mural would be included on the three upper floors at the southeast corner.

A representative of Cardinal Capital did not respond to a request for comment by the time of publication. 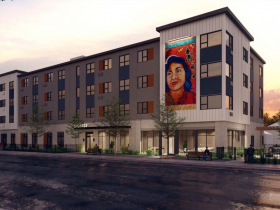 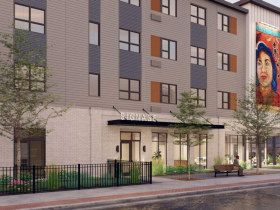 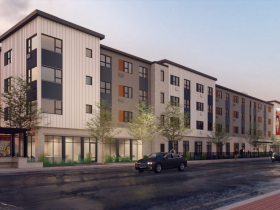