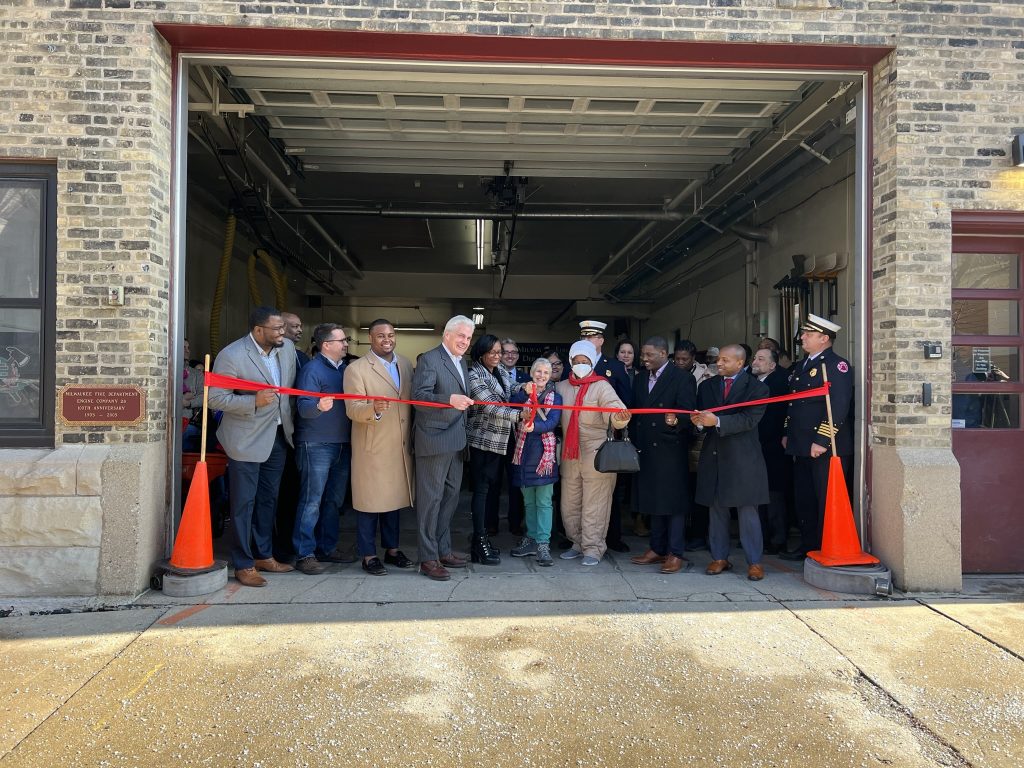 A shuffle of fire engines in Wauwatosa is likely to save lives on Milwaukee’s Near West Side.

The City of Wauwatosa moved one of its fire engines and related personnel to a Milwaukee Fire Department (MFD) station at 100 N. 64th St. near the city’s edge. MFD, in turn, moved its personnel out of the building, and reactivated the shuttered Engine 28 station at 424 N. 30th St. more than two miles to the east in the city’s Merrill Park neighborhood.

The move is a win for Wauwatosa and Milwaukee said MFD Chief Aaron Lipski at a celebratory press conference Monday morning. And it’s only possible, said Lipski, due to a decade-old shared services agreement that has all of the Milwaukee County fire departments responding to emergencies based not on what municipality they’re in, but by what equipment is nearest.

“What we have right here is the direct result of intergovernmental, interagency communication and collaboration between the Milwaukee Fire Department and Wauwatosa Fire Department,” said Lipski.

The chief said Wauwatosa officials initially approached Milwaukee about relocating an engine company from a multi-engine station in the Wauwatosa Village to MFD’s Engine 35 station. The move, for Wauwatosa, avoids the need to cross a heavily-used rail line and to navigate through an area of the city often used for events. It also puts a fire engine closer to more Wauwatosa residents, despite it being located in Milwaukee.

Get a daily rundown of the top stories on Urban Milwaukee
After evaluating the idea, Lipski said MFD realized it could then reopen a shuttered station in the heart of the city. The now Wauwatosa-operated station is in a narrow area of Milwaukee sandwiched between Wauwatosa and West Allis.

MFD shuttered Engine 28 in 2018. “We went from a five-block response… to a 20-block response,” said area Alderman Robert Bauman of the resulting travel distance for city fire engines to one of the city’s densest areas. “That difference can mean life or death.” The chief said it also strained two of the companies already among the most called upon: Engine 26 and Engine 32.

“The city could easily be classified as ‘in crisis,'” said Lipski, repeating a warning he’s issued for several years due to the staffing cuts his department has needed to absorb while the number of vehicle crashes and drug overdoses spiked. Bauman, who fought vigorously during the 2018 budget debate to keep the station open, said portions of the area served by Engine 28 have high numbers of overdoses. Lipski said a number of fires in the area also included multiple buildings and highlighted the need to find a solution.

Fire & Police Commission chair Edward Fallone praised the two fire departments for negotiating the moves. “They are looking beyond political boundaries, and the winners are us all,” said Fallone, who chairs the body that oversees the fire department. “They have literally pulled a rabbit out of a hat.” Neither entity will see increased staffing costs from the shift.

“They just won’t be a presence here. They will be engaged in the community,” said neighborhood resident and Urban Underground executive director Sharlen Moore.

“This is all about the people that aren’t here today,” said State Representative Evan Goyke, who represents the area and lives nearby. He said that regardless of whether residents heard about this change, it could save their life in the future.

It’s also a feather in the cap for Mayor Cavalier Johnson and County Executive David Crowley, who are seeking the state Legislature’s support to reverse sustained reductions in state aid, but are being told they need to study combining or privatizing services.

“This is what collaboration and partnership should really look like,” said Crowley. Johnson touted the effort, and the city’s other ongoing efforts to do more with less. He also said it would be a boon not just to residents, but first responders.

Lipski said it would be “very, very difficult” to model exactly what the impact would be on response times, other than it clearly would be positive. The chief estimated it would reduce systemwide response times by several seconds.

The shared services agreement, said Lipski, has fire engines and ambulances crossing city borders on a daily basis, particularly on the often jagged edges of each community. The agreement also calls for the larger Milwaukee department to provide its command structure for major emergencies, to support mass causality events and to perform fire investigations. “That’s a whole bunch of gobbledygook to say we are sharing on a multitude of levels that have never before been seen,” said Lipski.

The shared services model currently stops at the Milwaukee County border. Lipski said there is a desire to expand it, but conflicting radio systems and smaller crew sizes on outer county engines limit its ability. All Milwaukee County departments, said the chief, staff their engines with four-person crews while the outer counties use primarily two-person crews. “There has to be a likeness of resources,” he said. “I wish I could say ‘yeah, we’ll just pull the trigger.’ But that’s not how it works.”

The reactivated fire station on N. 30th St. was first opened in 1905. It’s housed a variety of engines over its life, including some initially pulled by horses. It is now home to Engine 28 and MFD’s fire investigation unit. 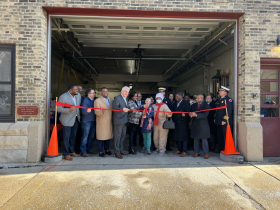 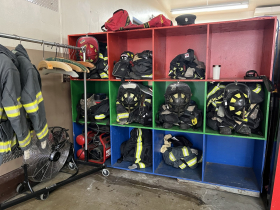 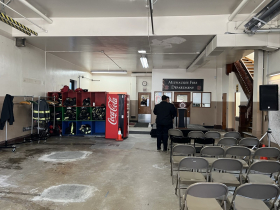 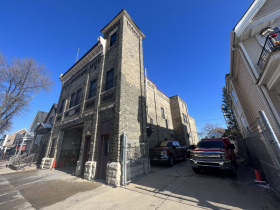 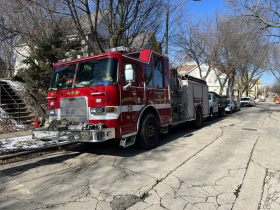 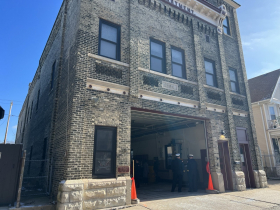