Urban Economic Development Association of Wisconsin has been doing this since 1997. 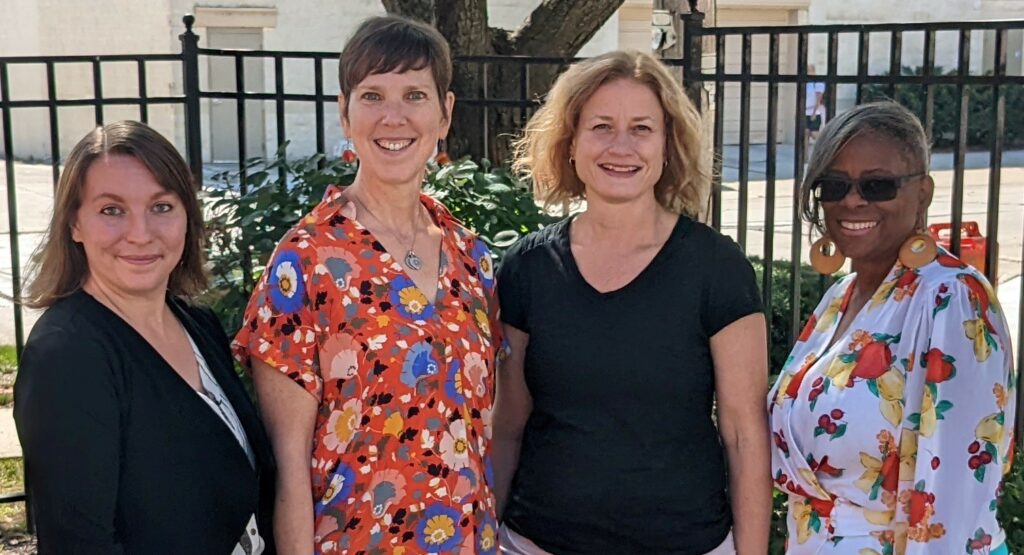 In Milwaukee, there are often many nonprofit organizations that have the same goal but do not necessarily work together.

That’s when UEDA, which stands for the Urban Economic Development Association of Wisconsin, steps in.

It brings organizations together to move the dial on change in Milwaukee and provides them with the help to get funding and sustain their projects.

UEDA was instrumental in getting this collaboration of agencies together to provide people housing assistance.

“UEDA was the original convening agency for the Rental Housing Resource Center,” said Deborah Heffner, the former housing strategy director for Community Advocates. “It still acts as the convening agency.”

Heffner said UEDA also handles fundraising and administration for the organization and acts as a fiscal agent for several of its grants.

“It’s helpful to have a group that’s not a direct service provider facilitating meetings because they are able to see the big picture and understand the systematic issues and dynamic,” she said.

UEDA has been doing such work since 1997.

Bill Johnson, the former executive director of UEDA, said helping people come together can be challenging, but it’s the best way for UEDA’s small team to make an impact.

“When you’re responsible for creating a collaborative, you have to assure everyone involved that they’ll be able to get their interest met,” he said. “But getting people to give up their self-interest and focus on the task of the group as a whole is hard.”

The group works with corporations, nonprofits, foundations, governmental departments, small businesses, students and individuals who are interested in making meaningful change in Wisconsin.

Kristi Luzar, the executive director of UEDA, said the group helps put collaboratives together, acting as a mediator between groups then it steps back.

But in some cases, such as the Rental Housing Resource Center, it stays involved if needed.

“Sometimes it takes it a little longer for groups to see one another’s perspective and work toward a common goal,” Luzar said.

UEDA also provides technical assistance to nonprofits in the community and economic development sector to help strengthen their ability to have the resources to do a project and increase impact.

This work, according to Luzar, started in the early 2000s when UEDA developed its expertise as a U.S. Department of Housing and Urban Development technical assistance provider before becoming active in financial literacy and lending issues.

“So sometimes we just act as a fiscal provider for partners or initiatives,” Luzar said. “But sometimes its helping people wade through long and different processes or just basic administrative stuff that they may not understand. It’s just a lot of filling out forms.”

Another milestone: In 2017, UEDA formed Bank On Greater Milwaukee, which is a coalition of programs and services that ensure residents have the opportunity to be financially healthy.

Though it has grown since Johnson left, it’s still small, with only three full-time staffers and one part-time employee.

“When you do the work we do, you want to address everything you see,” said Bethany Sanchez, the senior administrator for Metro Milwaukee Fair Housing Council and former UEDA board member and current active partner. “So, it’s difficult to manage pots and know when to say no.”

Aside from its current work on the Milwaukee Rental Housing Resource Center, it works as a financial partner to the Kin Project, which spurs conversations to build cross-racial relationships, and the Milwaukee County Dine Out Program, which seeks to increase the number of minority-owned businesses under contract and diversify the menus and meals available to seniors.

Another of UEDA’s successes, said both Luzar and Johnson, is Take Root Milwaukee, a consortium of over 50 community organizations and stakeholders working to promote sustainable homeownership in the City of Milwaukee. Its members offer free or low-cost services to help residents buy, keep or fix a home.

“When you can get individual organizations to give up self-interest and speak and work for the whole collaborative, you’ve done a lot,” said Johnson. “That’s what UEDA does. They do a lot with a little to be able to create great change.”

To connect with UEDA, you can check out its website here.

NNS Spotlight: How UEDA builds collaborations to move the dial on change in Milwaukee was originally published by the Milwaukee Neighborhood News Service.