The dairy-free ice cream stand is headed to The Windy City, but will still make visits to Milwaukee. 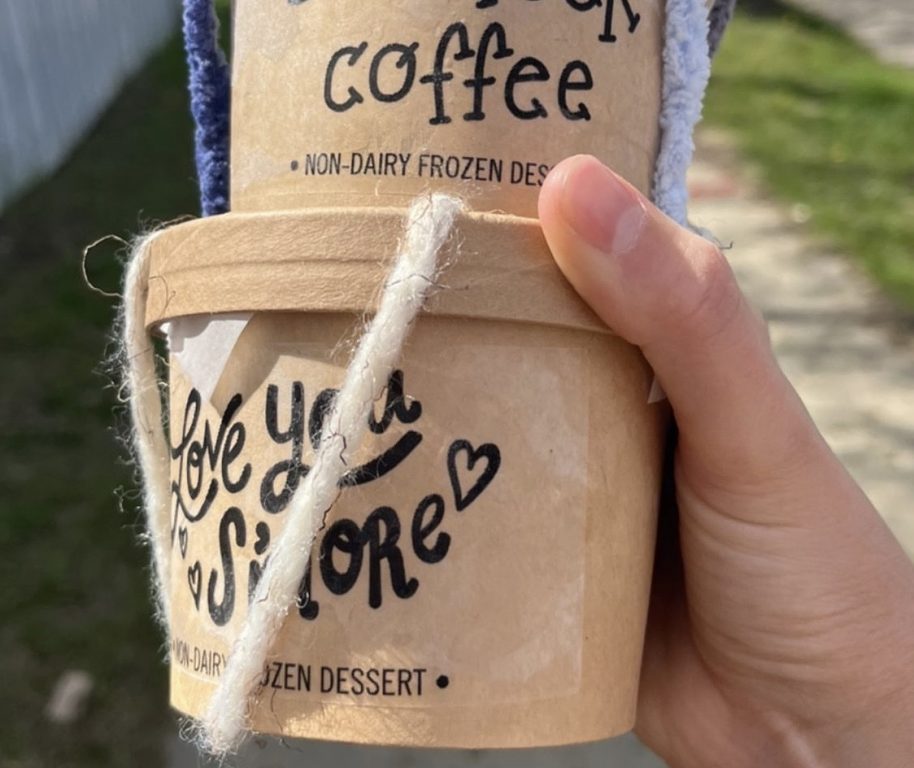 Liv a Little, a Milwaukee ice cream stand known for its innovative, dairy-free flavors, will relocate to Chicago in the new year.

Owner Olivia Menzia announced the upcoming departure Thursday morning, explaining that she and her partner, Grant von der Lippe, have felt pulled to make the move for a number of reasons including a job opportunity for von der Lippe and the desire to be closer to Illinois-based friends and family.

It’s not goodbye for good, said Menzia, who plans to continue with Milwaukee pop-ups after getting settled in Chicago. Previously made bookings for 2023 will remain unchanged.

“People will still get their fix,” Menzia said, noting that she will likely attend several Milwaukee markets throughout the summer. “I’m definitely going to be very present here; it’s just going to be a little different,” she added, also emphasizing that catering services will remain open to Milwaukee events.

Menzia is a third-generation confectioner — her grandfather drove an ice cream truck and her dad worked a high school job at a scoop shop. With her love of the frozen treat instilled at a young age, Menzia went on to combine her sweet tooth, inventive nature and entrepreneurial skills into her very own business: churning out pints of vegan ice cream.

In the three years since its inception, the Liv a Little stand has made appearances at farmers markets and festivals, and is a frequent presence at pop-up events such as Milwaukee Makers Market.

Get a daily rundown of the top stories on Urban Milwaukee
Liv a Little also joined forces with several other local ice cream brands to launch Everyone’s Ice Cream in West Allis, was included in milkshakes at Dead Bird Brewing and offered by the scoop or in floats at Strange Town.

Beyond the initial sugar rush, Menzia’s vibrant ice cream stand, complete with its signature, rainbow-colored umbrella, has been a sweet addition to the Milwaukee food scene.

Menzia’s flavors are playful and innovative, with a heavy dose of nostalgia guaranteed to evoke memories of childhood trips to the ice cream shop and the ensuing delightfully melty mess.

Selections include I Love you so Matcha, featuring earthy and complex notes from local Rishi green tea powder; Big League Scoop, a bubble-gum flavored base dotted with rainbow sprinkles and Boujee Bluebz, a light and tangy lemon base swirled with blueberry jam ribbons and Pop-Tart crumbles.

Also among the 15 rotating flavors is Cookies and Cream City, a tribute to the brand’s birthplace of Milwaukee.

Menzia, a graduate of Marquette University, credits both her alma mater as well as the broader Milwaukee community for helping to grow the startup brand. Liv a Little first launched in 2019 during Menzia’s final year of college.

“I was just a young entrepreneur, and the fact that I was taken seriously and being given these opportunities that I was able to succeed in, that was what allowed me to grow,” she said. “So I really do owe it to the community.”

Though she is originally from Illinois, Menzia is approaching eight years as a Milwaukeean. The self-described “ride or die Milwaukee girl” said that even as her friends have moved away, “I still decided to stay because of the community that I built with ice cream. So I think that kind of speaks volumes.”

Long term, Menzia said she hopes to be present in both cities, wholesaling Liv a Little at grocery stores and operating an ice cream shop in either Milwaukee or Chicago.

“I just want to make sure that people know that I’m not just leaving to leave,” she said, “I realize that I’m leaving something good, but it doesn’t mean that we won’t still be here.”