But the Milwaukee hip-hop artist is growing as a musician and building a following. 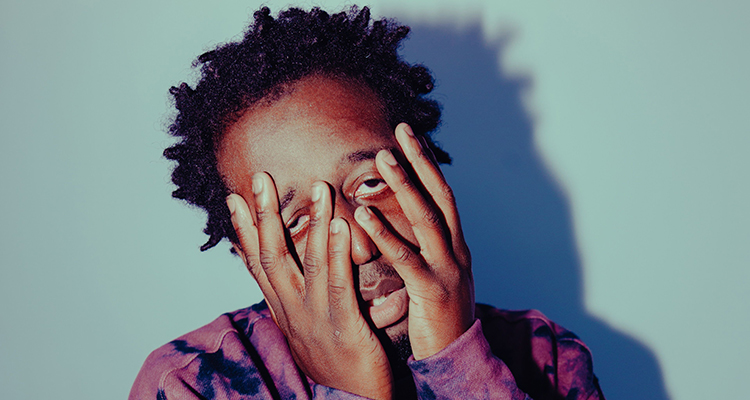 In early October, hundreds of fans packed into The Rave to see Pusha T perform as part of his “It’s Almost Dry” tour. But fans who showed up on time found themselves captivated by hip-hop that was homebrewed right here in Milwaukee.

The show’s opening act was NilexNile, and like a seasoned veteran he had the crowd of Pusha T fans in the palm of his hand – whether they knew the words to his songs or were hearing them for the first time. Kids bounced along to the beats and waved their flashlight-activated phones in the air to the rhythm.

But that moment almost never happened. Two years earlier, in 2020, NilexNile had opted out of the hip-hop game.

“During the pandemic, I was really depressed – it was a rollercoaster,” says Marquise Barnes, who is known on stage as NilexNile. “A lot of different things were happening that swayed me to say the circle of people I was around was not genuine.”

So what brought him back to the stage?

“I missed music,” Barnes says. “Sometimes the world will throw distractions at you to see if you really want to pile on those trials and tribulations.”

Barnes has been writing music since he was in the sixth grade. He first truly fell in love with hip-hop when he discovered Lil Wayne and Mac Miller – two of the biggest names in hip-hop in the early 2010s. Barnes and some of his friends would practice beatboxing and rapping, and eventually took their blossoming skills to the school’s talent show. The group took third place – a sign that maybe it was time to start taking this hip-hop thing seriously. NilexNile and his group would eventually call themselves Phat Nerdz – a collective made up of varying personalities and styles, in a similar vein as The Wu-Tang Clan or Odd Future.

Get a daily rundown of the top stories on Urban Milwaukee
“It was a lot of adding and subtracting to the group, but we’re strong now,” Barnes says.

While Phat Nerdz is still producing content, NilexNile has more recently made a splash in the Milwaukee hip-hop scene as an individual artist. It’s no longer a surprise to see Barnes’ stage name on street festival lineups or opening at high-profile concerts. He was the headliner at the East Side’s popular Summer Soulstice street festival.

NilexNile describes himself as a risk taker in Milwaukee’s hip-hop scene.

“I’ve been very alternative and very hip-hop in my own right,” Barnes says. “Milwaukee has their own way of what they feel is hip-hop music, and I feel like I’ve shown that I exist doing what I do in Milwaukee’s music scene.”

NilexNile stands out with his spacey, at-times dissonant melodies utilized in his experimental production. His vocal delivery ranges from lethargic to aggressive, and can drastically change from one to the other at any point in the same track – like a combination of Earl Sweatshirt and Kendrick Lamar (another major influence on Barnes’ artistry).

Up until he quit rapping for a year, NilexNile was releasing singles on his Soundcloud page. The oldest track, titled “Aries,” dates back five years and gives an excellent introductory look at the rapper’s sound. An atmospheric beat swells into existence, and Barnes begins the first chorus of many. It’s a straightforward chorus consisting of two lines that is repeated multiple times, each time marking a point in the song where Barnes’ flow becomes more and more unstable.

NilexNile marked his return to writing music in 2020 with the release of Forest of Giants, an EP that reflected the depression Barnes was struggling with throughout the year.

“It was a depressing year for me – I was coming out of working with people that didn’t really benefit me or help feed me in a creative perspective, and it dragged me down,” Barnes says. “I dropped Forest of Giants when I was coming out of my depression.”

The second track on that EP, “Lucky Socks,” finds Barnes in uplifted spirits, as he raps “Sometimes you live and learn … With my head up high, and no more regrets or calling quits” over a piano-driven beat. But that uppity spirit is offset by the following track “Value Village,” a song that was written in response to events surrounding the 2020 protests.

“People were dying … and I haven’t really touched on many political topics as an artist, but it was the shift I needed to make and touch on real world things,” Barnes says.

In 2021, NilexNile released the EP Free Lunch, an exploration of genres that found the rapper collaborating with artists like LaFond, Sunde and Verge.

“2021 was about challenging myself to be what I picture myself as in the next years,” Barnes says. “It’s one thing to make music and be local forever, but I wanted to touch on different genres and different people’s networks.”

Here we see NilexNile really pushing the boundaries of his status as an alternative hip-hop artist – each track stands on its own as a unique piece of the overall EP. Opener “Bagel” takes a lofi approach, while “Free Lunch” cranks up the energy. With half of the songs featuring a second artist, it’s almost as if NilexNile is paying tribute to his roots as a member of a collective – while also showcasing his versatility as a storyteller who can capture a multitude of narratives.

NilexNile released three singles in 2022: “Yute,” “Chicago” and “Paper Route.” The track “Chicago” is a love letter to the city that Barnes finds himself often traveling to for performances. “Paper Route” features Huey V, a Texas rapper who NilexNile met while performing at the SXSW music festival. The song is split by a verse from each rapper, but NilexNile steals the spotlight with a breathless vocal delivery that would have most twisting their tongues.

Now, NilexNile is hard at work on his debut album, which he plans on releasing sometime in the spring. His group Phat Nerdz also has plans to release a mixtape. NilexNile has seen positive reception and local success from his recent releases, but his head stays down, and his demeanor stays humble.

“I thank the universe and God every day for my focus when it comes to dedication,” Barnes says. “Something greater will come as long as I stay humble.”