Record $93 Million Spent by Outside Groups in 2022

By Wisconsin Democracy Campaign - Dec 5th, 2022 05:12 pm
Get a daily rundown of the top stories on Urban Milwaukee 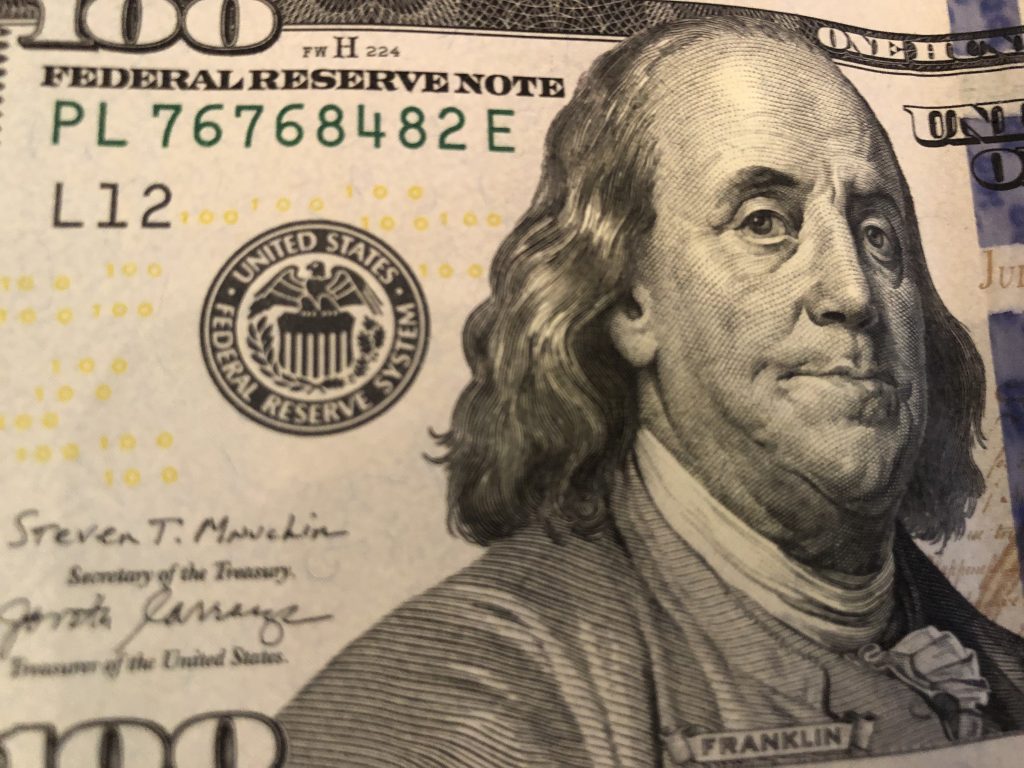 Spending by special interest groups in this fall’s legislative races in Wisconsin and for the governor, lieutenant governor, attorney general, secretary of state, and treasurer shattered the old record by 50 percent, a preliminary review by the Wisconsin Democracy Campaign found. 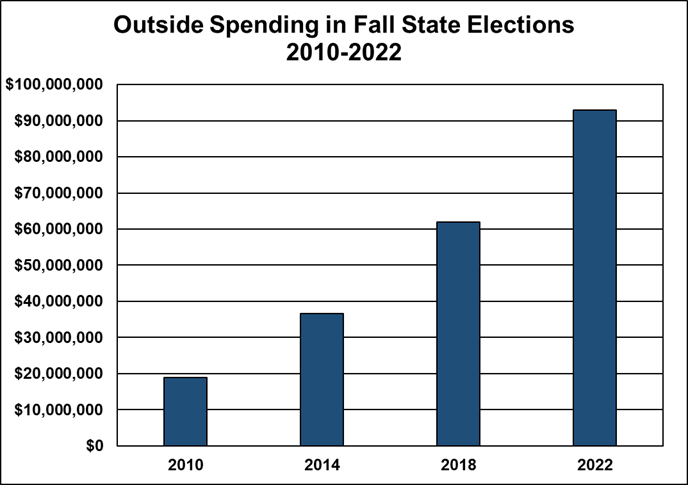 Outside Spending in Fall State Elections 2010-2022

None of these spending figures includes outside group spending in federal races for the U.S. House or U.S. Senate.

These electioneering groups fall into two categories – express advocacy groups and phony issue ad groups. Express advocacy groups, which make independent expenditures, must report their spending to the state. That’s because their broadcast and online advertising, mailings and other electioneering activities use the magic words “vote for” or “vote against” or their equivalents.

Phony issue ad groups, which can also raise and spend unlimited amounts of money on elections, do not have to report their spending because of federal court decisions and lax campaign finance laws. These groups smear or praise candidates but without explicitly telling viewers who to vote for or against.

The top-spending groups, which doled out all or most of their money in the governor’s race, were:

A Better Wisconsin Together spent an estimated $6.8 million using an express advocacy group and an issue ad group with nearly the same name, making it particularly difficult to track spending by the issue ad group because it can keep its spending secret. All told, A Better Wisconsin Together spent money on television and digital advertising in 23 legislative races to support Democratic candidates, as well as the contests for governor to back Evers and attorney general to support incumbent Democratic Attorney General Josh Kaul;

Wisconsin Manufacturers & Commerce (WMC) spent an estimated $4.52 million using an issue ad group and an express advocacy group . Most of WMC’s issue ad spending was for television advertising that backed Republicans and smeared Democrats in the race for governor and two legislative contests. The group’s ads in the governor’s race attacked Evers on education, crime, and tax issues, and also blamed the incumbent for inflation. Early in the year, WMC spent about $25,000 on a digital ad to support GOP candidate for governor Rebecca Kleefisch, who lost to Michels in the August primary.

To see how much was spent by all of the outside groups involved in Wisconsin’s 2022 fall legislative and statewide races, please see the table below. For more information about the groups and their electioneering activities, please visit our Hijacking Campaign 2022 feature and click on their names.

A final report on the total cost of this year’s legislative and statewide elections will be issued early next year after the groups and candidates file amendments and year-end fundraising and spending reports.

Table
Spending by Electioneering Groups in the 2022 Fall Elections