By Gaby Vinick, Wisconsin Public Radio - Dec 2nd, 2022 10:23 am
Get a daily rundown of the top stories on Urban Milwaukee 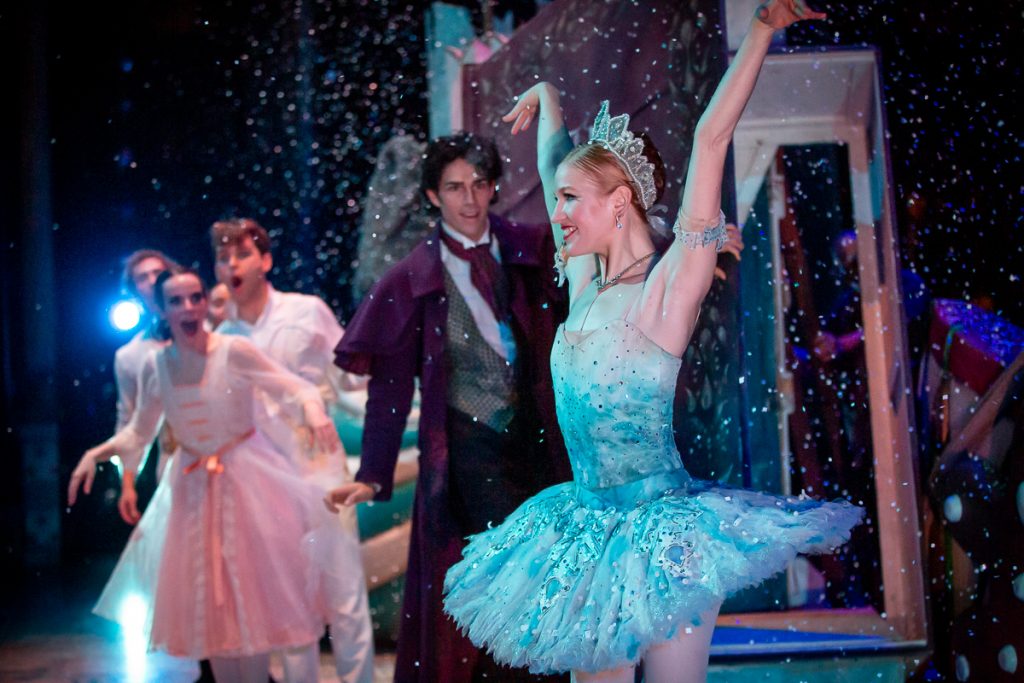 Milwaukee Ballet artistic director Michael Pink knows better than to mess with tradition. But he’s taking a “more magical” spin on one of the country’s fabled, beloved stories: “The Nutcracker.”

“It is, shall we say, well-used, slightly tired, and it’s time for us to upgrade and build a new production that will give us another 25 years of service,” he said.

Milwaukee Ballet launched a $5 million campaign this month to fund a reimagined production of the Christmas-season classic for 2023, with new sets and costumes. The funds will also support its other initiatives, including the “Give Back to MKE” fund that offers subsidized dance education to young students.

Reinventing a piece that is many people’s only exposure to ballet comes with risks, Pink knows. He said the company will “be very careful and mindful of any new interpretation,” one “that builds on people’s perceptions, their memories, the tradition of the production, and indeed takes us, hopefully, to an even more exciting level of drama and imagination.”

A design of the “land of the snow” for Milwaukee Ballet’s reimagined production of “The Nutcracker” next year. Photo courtesy of Milwaukee Ballet and Scenic Designer Todd E. Ivins.

The classical music by Russian composer Pyotr Ilyich Tchaikovsky will stay, but Pink said some will be rearranged. And the audience is in for some surprises.

“I want to build a whole new introduction to the show that will really tell people that we’re about to embark on a journey of fantasy and imagination,” he said. Puppets will also appear onstage.

The Milwaukee Ballet also tapped Emmy-nominated costume designer Gregory A. Poplyk to give the costumes a lift.

“They’re 20 years old — they’re falling apart. The costume department works tirelessly to do the repairs. It’s definitely time for an update,” said Alana Griffith, one of the show’s star dancers, calling the new designs “unbelievably beautiful.” She’s been with the company for eight years.

Preparations are already underway at Milwaukee Ballet, she said, because the Nutcracker “is such a staple for any ballet company in the United States.”

“I always see people like dancing down the street afterwards because they’re inspired, and I think that it’s just a really good way to connect with the people that you love,” Griffith said.

Pink called last year’s return to the stage “very encouraging” as people flocked to the theater again. But the performing arts industry is still reeling from the financial blow of the COVID-19 pandemic. The biggest challenge for the company, he said, is raising the money they need to pull off the new production.

And like other ballet companies, there’s a lot riding on “The Nutcracker,” Pink said.

“If your Nutcracker season performs well, it will allow you to take a few more artistic risks throughout the rest of your season, and still be able to keep the lights on,” he said.

This year’s production of “The Nutcracker” runs Dec. 10-24 at Marcus Performing Arts Center‘s Uihlein Hall. The show boasts a cast of 150 dancers with live music by the Milwaukee Ballet Orchestra.

Next year’s Milwaukee Ballet ‘Nutcracker’ production will be ‘even more magical’ — if it can raise the money was originally published by Wisconsin Public Radio.