By Rich Kremer, Wisconsin Public Radio - Dec 1st, 2022 10:09 am
Get a daily rundown of the top stories on Urban Milwaukee 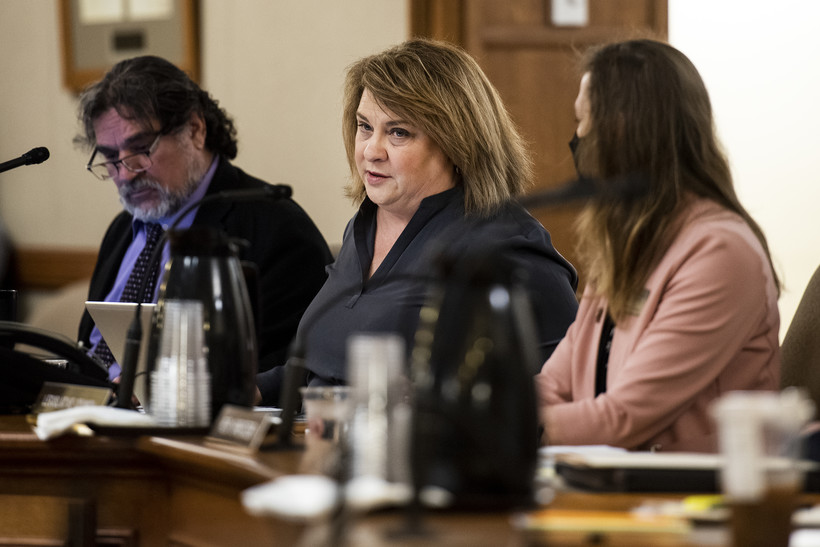 The Wisconsin Elections Commission is waiting to fulfill a request for data on millions of registered voter in Wisconsin until it knows whether the Republican chair of the State Assembly’s elections committee who requested it will still hold her position.

The data was requested in June by Rep. Janel Brandtjen, R-Menomonee Falls, who currently chairs the Assembly Committee on Campaigns and Elections. Brandtjen has called for decertifying the 2020 election and embraced election conspiracy theories.

During a Wednesday meeting of the Wisconsin Elections Commission, Deputy Administrator Robert Kehoe told board members the request seeks registration history, personal contact information and every status change ever made within the WEC databases for around 3.5 million voters. The WEC estimates it would take around two weeks and cost $49,099 to fulfill the request.

Kehoe told the commissioners WEC attorneys drafted and presented Brandtjen and the Assembly committee with a memorandum of understanding aimed at affirming individual voter information would be kept confidential and not be used for personal, political, commercial or any other unlawful purposes. He said lawyers with the non-partisan Wisconsin Legislative Council, which advises lawmakers, declined to accept the agreement.

Commissioner Mark Thomsen, a Democratic appointee to the board, noted that Republican caucus members kicked Brandtjen out of the closed door meetings in November.

Brandtjen was booted from caucus meetings after she endorsed and campaigned for a Republican challenger to Assembly Speaker Robin Vos, R-Rochester, in the November election.

Thomsen said commissioners should wait until a new leader is named to the committee.

Commissioner Robert Spindell, a Republican appointee, said he thinks the voter information requested by Brandtjen will still be of interest to whoever chairs the Assembly committee. He pointed to polling by the Marquette University Law School that showed 60 percent of Republicans surveyed in November were either not too confident or not at all confident in the results of the 2020 election.

WEC Chair Don Millis made a motion to approve a new MOU that would require it to be approved with a vote by the entire assembly committee, not just Brandtjen before moving forward. The motion failed with a tie vote with every Democratic appointee voting against it and every Republican appointee voting for it.