Next Act's slightly surreal dramedy about a heart transplant has strong scenes but weak ending. 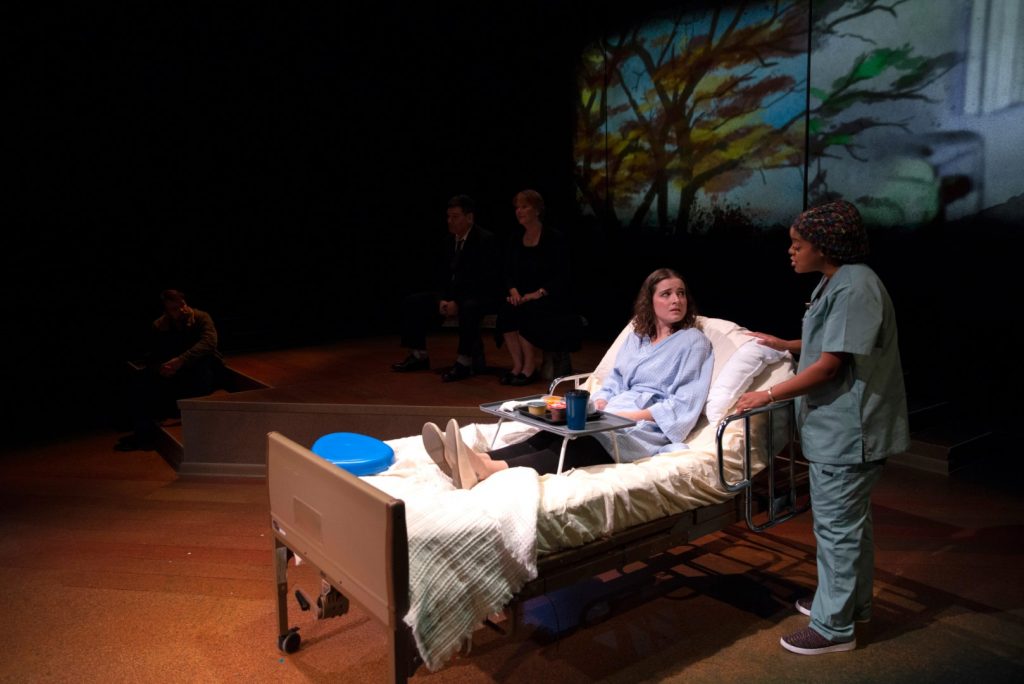 My movie memory connects the title of The Tin Woman to the Tin Man in the The Wizard of Oz. The title is a surreal touch by playwright Sean Grennan to introduce a fantastical subtext.

This is still basically a story about a heart transplant recipient confused by her own lack of self-esteem and survivor’s guilt who gets caught up in the family of the male donor, suffering their own if differing sense of loss, in the Next Act Theatre drama with comedy through Dec. 18.

Under its dreamlike moments, the arteries of Grennan’s play want to be a thoughtful examination of the emotional domestic pangs of a heart transplant situation, reinforced in the Next Act lobby by a display of heart-significant drawings from the artists at www.arteryink.com.

To continue the heart analogy, there are veins in Grennan’s script that need to be dissected, circulation to rearrange and (yes!) even valves to be inverted to turn what seemed an attractive idea to several regional theaters in the last few years into an actual, honest-to-God play that puts flesh and consistent tone on a well-meant idea. Grennan’s decision to raise the dilemma to fantasy levels adds some humor, but more often it becomes one of the unsettling problems of the piece. The dead donor not only relives a fight with his father but also attaches his personality to the recipient.

Since Grennan is an experienced writer and the play has been out there for a few years, it is not totally fair to blame director Ed Morgan for the muddle in the early writing and characterizations, but he should have taken a scalpel to the first 10 minutes and the last 10 minutes. The first 10 tries too swiftly to put the theme in motion on a minimalist set and the last carries resolution and uplift to sentimental excess. Rather than getting the audience heartstrings tugging as intended, it becomes proof of the playwright’s overreach.

In between there were such good moments of humor and engaging character studies that the patrons start believing the play will grow in ability. And then it no longer does.

The heart recipient, ironically named Joy, is supposed to have a wicked sense of humor and a dark dose of self-doubt. Jordan Watson has not found a way to knit the parts together. More successful, perhaps because more tightly written, is Nadja Simmonds as her bullying friend Darla (and briefly and less convincingly as her hospital nurse, one of the early sequences that Grennan should rethink).

As the donor’s impulsive, overwrought sister, Alexandra Bonesho has the most flamboyant part, which also gives her funny moments, but here again the play would benefit from breaking up her opening monologue and telling the actress to just be giddy rather than pushing giddy upon us.

Two veterans provide the strongest work. David Cecsarini — Next Act artistic director who has a celebrity roast on Dec. 11 celebrating his retirement — almost pulls off the impossible as the surly then angry, then plain nasty and then contrite father of the deceased donor who moves from attacking his son to attacking the recipient and then subsides into grudging understanding. The rapid-fire changes are overwritten, but Cecsarini has the skill of 40 years to try to find a road.

Best acted and best written is Deborah Clifton (one of the early members of Theatre X) as the donor’s mother seeking to provide balanced reality to the rest of the crowd. Her humor has just the right bite and her anger at her husband strikes the audience as perfectly aimed. It is moments like this that suggest there is a better, tighter and subtler play within The Tin Woman than the writer has given us. 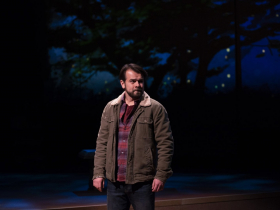 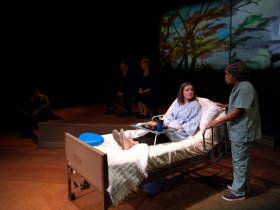 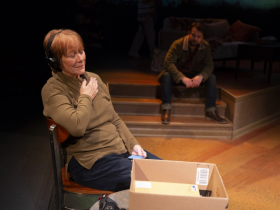 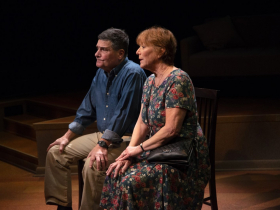 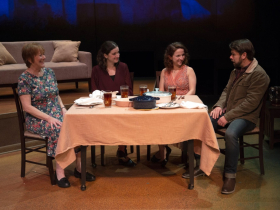 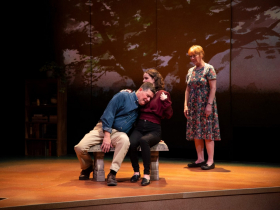