Way Away In a Manger

Rep's new play, 'The Nativity Variations' spoofs Joseph and Mary in a manger and much more, with uneven results. 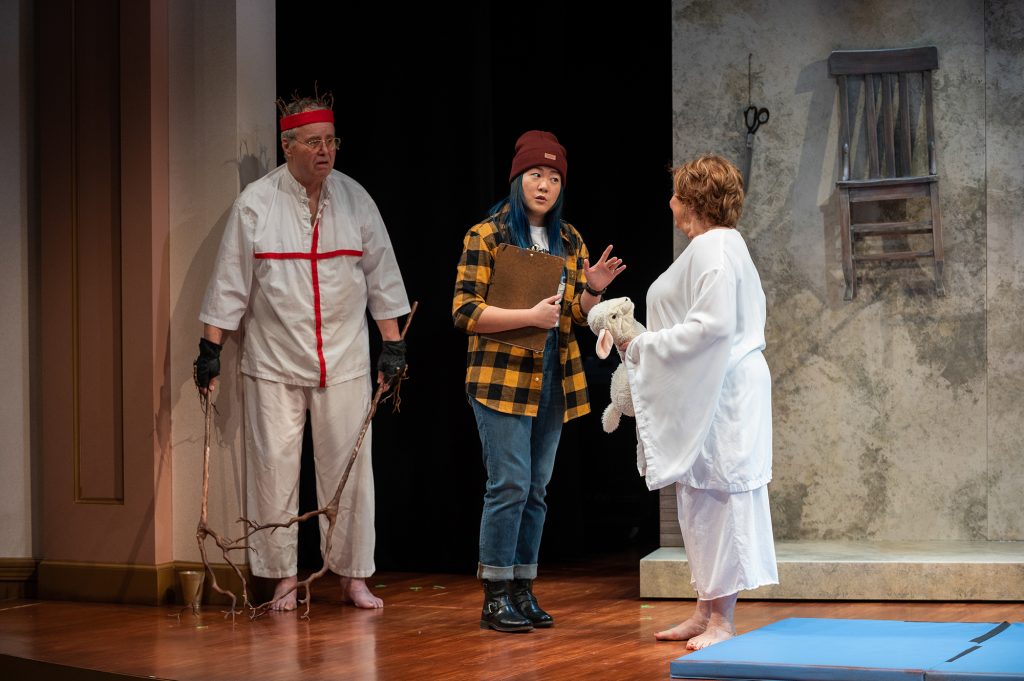 The Milwaukee Rep has established long-term relationships with some writers, resulting in premieres for its stages.

The results have not always been great, but artistic director Mark Clements has been understandably stubborn in the case of Catherine Trieschmann, whose 2018 One House Over got a similar Quadracci Playhouse showcase to the one now given to The Nativity Variations, a world premiere running through Dec. 11.

Back in 2018 it was a mixed blessing, showing off her impish sense of comedic dialogue, but a difficulty in moving from comic aha moments into real characters.

Similar problems and bigger ones overtake Nativity Variations, despite the desire of the writer and the Rep to find another outlet of holiday good cheer to accompany its decades-long success right next door at the Pabst Theatre (Nov. 29 to Dec. 26) with A Christmas Carol. Indeed, the new play also lightly spoofs the Dickens classic.

With a set mockingly cloning the proscenium stage and first seats in a church type auditorium, the play envisions what would happen to a church’s traditional nativity play if it fell into the hands of manic community theater enthusiasts led by an avant garde director steeped in her own imagination.

First the director tries to space-port the story of Mary and Joseph into an experimental Theatre of Cruelty manger complete with bloody garments and Joseph punching God around. Failing that, the director tries a Shakespearean parody that toys with the Capulets and the Tempest, or at least with the phrases every patron has learned by heart.

And, failing that (the priest in charge of funding always seems to let her experiment and then finds problems), the director tries puppet theater with vulgar Muppets encouraging the cuss words that abound anyway in this production. Trieschmann leans heavily on dirty language to force laughs.

To balance all that with Christmas sentiment, however, there are moments when the couples within the theater troupe take off after each other angrily and then subside into holiday romance, with pointed domestic messages of peace on earth.

Director Shelley Butler milks all the scenes for sight and sound gags (helping a new play find its best contrivances). That sometimes brings bursts of laughter from insiders in the crowd and forces an atmosphere of quizzical good humor combined with an “Oh dear, they shouldn’t say that in church!” reaction.

This is actually familiar ground for professional commercial theater, which has several plays in its repertoire that have grand fun with community theater types stumbling through elaborate warmup routines and grandiose interpretation ideas – the sort of overindulgent behavior a talented group of performers sure knows how to mimic and exaggerate.

And some in the cast of seven are clearly talented while others (Sami Ma and Sadieh Rifai) probably are, but seem more uncertain as the manipulations unfold and they try to tie them together.

Ryan Alvarado amusingly shows ability with voices through several roles (including the priest). Chike Johnson twists his grand Shakespearean manner into entertaining pomposity. Ann Arvia thoroughly enjoys her outlandish behavior as the talentless newbie (she clearly isn’t talentless and isn’t a newbie) and Adam LeFevre has found the funny one-note denseness needed as the befuddled husband who suddenly turns into a foul mouth monster when he puts his hand inside a puppet.

Milwaukee-based actress Eva Nimmer, mainly the disembodied voice and occasional stagehand giving instructions from the balcony, makes the most of her closing seconds, actually onstage.

I suspect the Rep was searching to create another holiday perennial to go with “Carol,” and may have been intrigued by this idea, so deep is the traditional Mary and Joseph story locked into our memories and so open it is to being spoofed. If so, the company needs to keep looking. 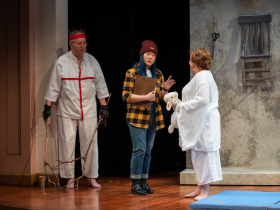 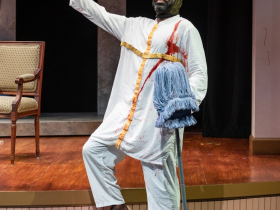 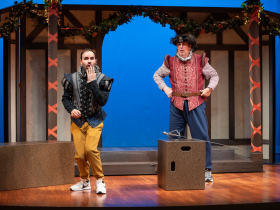 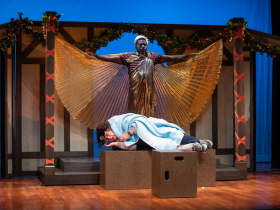 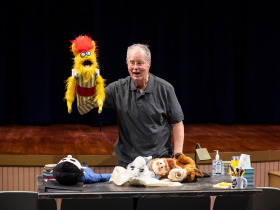 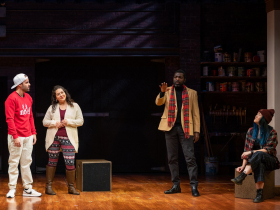