Self-taxing entity will be used to draw more events to area around Fiserv Forum. 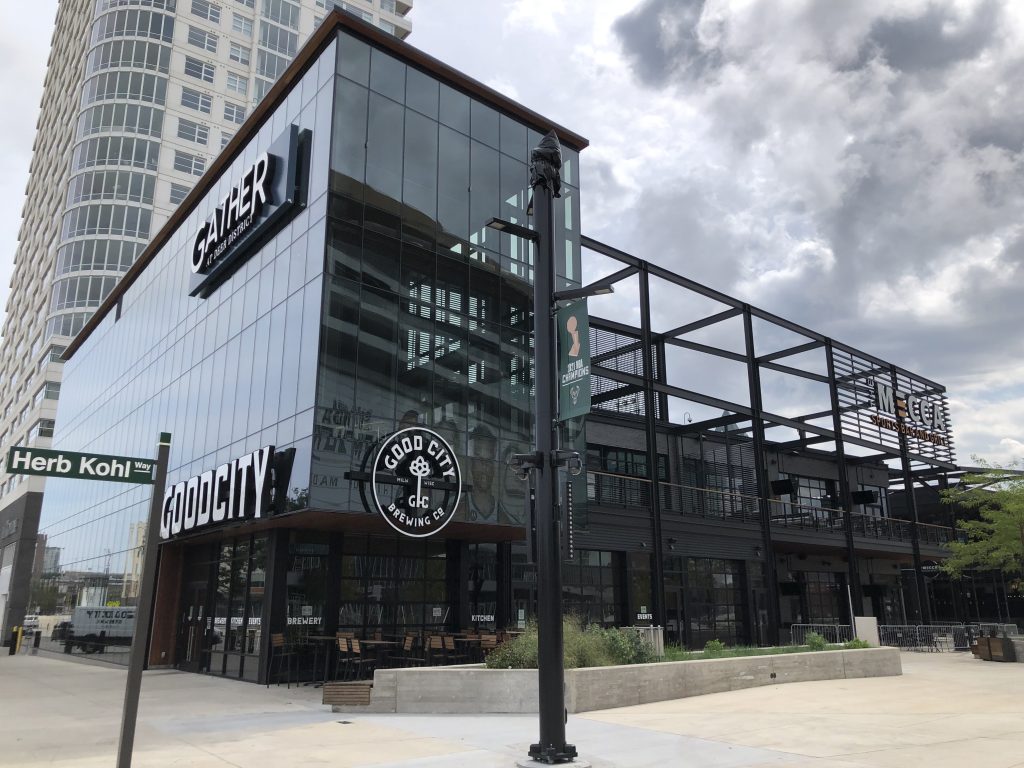 The Milwaukee Bucks are creating a new quasi-governmental district to levy an additional property tax upon themselves and businesses around the arena to fund events and other programming.

The proposed Deer District Business Improvement District #53 would create a nonprofit entity with a $175,000 annual budget. The entity would have a goal of establishing the district as a “365-day destination” and “premiere location for sports and entertainment.”

“It really encompasses all 30 acres of the Deer District,” said Bucks vice president Michael Belot to members of the City Plan Commission on Monday evening.

Business improvement districts are commonly used to unite disparate property owners along commercial corridors. But in the case of the Deer District BID, all of the properties in the proposed district are currently owned by entities affiliated with the Bucks.

The district would levy an additional property tax of $2 per $1,000 of assessed value on top of the existing approximately $28 mill rate. It would also generate revenue from events.

Businesses in the district, via pass-through agreements in their leases, would be charged a portion of the assessment. They include Good City Brewing, Fat Tuesday, Drink Wisconsinbly and Punch Bowl Social.

“They all see the value of their contribution,” said Belot. “They wouldn’t sign on if they didn’t think at the end of the day it would add to their bottom line.”

The Froedtert and Medical College of Wisconsin Sports Science Center, the team’s training facility, would be the largest payer at $41,888 based on its $20.94 million assessed value.

Get a daily rundown of the top stories on Urban Milwaukee
The properties were previously part of Milwaukee Downtown, Business Improvement District #21, but were removed in recent years. Belot said the new BID would make a voluntary, annual contribution to Milwaukee Downtown. The larger BID hosts a number of annual events including the Downtown Dining Week, the Holiday Lights Festival and Downtown Employee Appreciation Week and a variety of smaller programs.

“A lot of the services they provide we already do ourselves at our own cost,” said Belot, referencing graffiti removal and security. The new BID would not charge for those services, with the Bucks continuing to fund those charges. A BID budget, subject to city approval, calls for marketing and advertising ($40,000), website development ($10,000), events ($35,000), administration ($40,000), grants and stipends ($15,000) and the creation of a reserve fund ($5,053.57).

Milwaukee Downtown has a mill rate of $1.53 per $1,000 of assessed value and an annual budget of approximately $4.4 million.

The Bucks have already been successful in attracting a number of events to the area, and have staged a number of their own events including during the NBA playoffs.

BIDs do come with at least one quirk for the Bucks. While the team’s strategy meetings on who to trade for aren’t open to the public, BID meetings are subject to Wisconsin open meeting regulations.

A proposed BID board, subject to mayoral appointment, includes Belot as chair, Bucks employees Jill Ingels and Grant Freitag as secretary and treasurer, Good City CEO Dan Katt and a representative of the ownership group of The Trade hotel, 420 W. Juneau Ave.

A copy of the BID’s proposed 2023 operating plan is available on Urban Milwaukee.