Ryan Zollicoffer boomerangs back to Milwaukee in time to prepare the city for 2024 RNC. 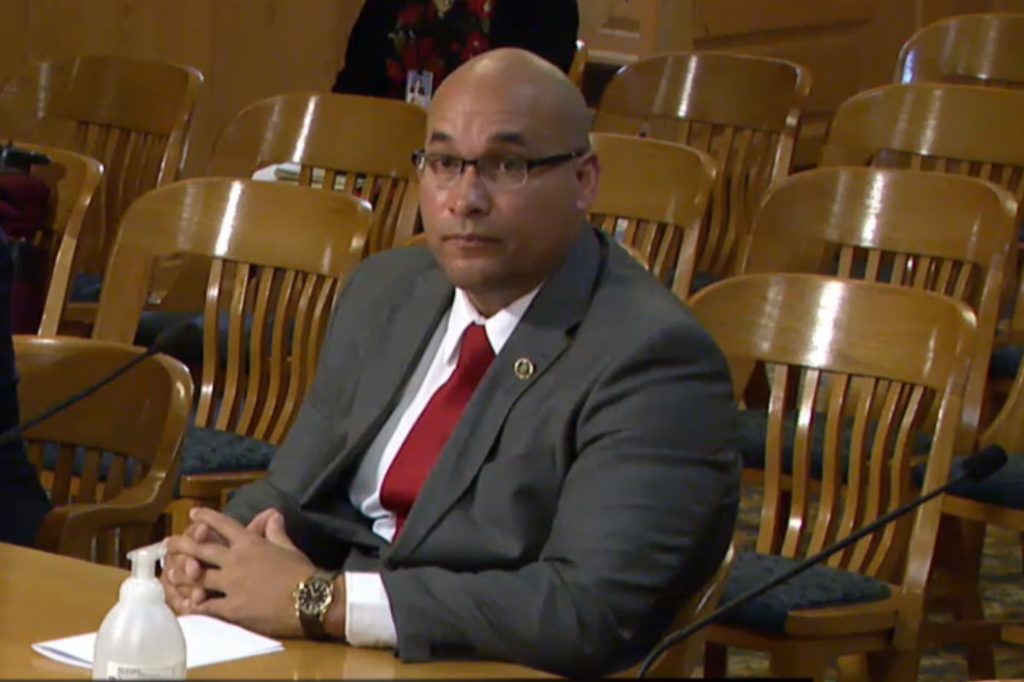 Just in time for a potential Republic National Convention, there’s a new head of emergency management in Milwaukee.

Earlier this month, Ryan Zollicoffer started as the director of emergency management and communications for the City of Milwaukee. Mayor Cavalier Johnson appointed Zollicoffer and he was unanimously confirmed by the Common Council on July 12.

“This is a very important position within the city of Milwaukee in terms of public safety, and in my opinion, Mr. Zolocofer is an ideal candidate for this position,” said Fire & Police Commission Executive Director Leon W. Todd, III in presenting the candidate to the Public Safety & Health Committee on June 30.

The emergency director officially reports to Todd, but is a cabinet-level position. The director is responsible for the “emergency operations center” during a crisis, coordinating the city’s inter-departmental response and emergency prepardness.

It’s a lessor known position within city government, and one that is virtually invisible when things are going right. It’s also a position that has been vacant for some time.

Get a daily rundown of the top stories on Urban Milwaukee
The new director replaces Kyle Mirehouse, who left first for an emergency management position in the White House and was appointed in May as the emergency management director for Rochester, NY. Todd said a “significant time period” existed between Mirehouse’s departure and Zollicoffer’s appointment, but that Mirehouse had prepared a transition memo for his eventual replacement. Mirehouse was appointed to the then-newly-created position in 2019.

Todd said Zollicoffer was “walk-in ready” for the job.

Zollicoffer spent the past 13 years doing disaster planning and emergency services work for Menlo Park, CA, but the Milwaukee native sought a return home. His career began as a firefighter with the North Shore Fire Department, and later the Wauwatosa Fire Department, before transitioning to emergency preparedness. In addition to his role in Menlo Park, Zollicoffer was on one of FEMA’s urban search and rescue taskforces.

Is he ready for the 2024 Republican National Convention, a “National Special Security Event” that requires thousands of public safety officers?

The new director, rattling off a long list of government agencies, said he was prepared to coordinate secure preparation for the Republican National Convention. He said he had experience through his time with FEMA and with the many visitors to Menlo Park and the Bay Area.

“We get a lot of high dignitary visits,” said Zollicoffer. He said that included planning for a Dalai Lama visit to a Menlo Park school.

Republicans are expected to announce Friday that Milwaukee will host the convention.

“I look forward to working with you,” said Alderman Mark Borkowski. The two will serve together on the Ambulance Service Board.

Ald. Khalif Rainey said he was impressed by Zollicoffer’s knowledge.

“So often we talk about the brain drain and people leaving our state. Here we have the wonderful story of someone wanting to leave San Francisco and come back home,” said committee chair Alderwoman JoCasta Zamarripa.

Zollicoffer holds an associate’s degree in fire science from Milwaukee Area Technical College and a bachelor’s degree in public administration from the now-shuttered Mount Senario College. He told the Public Safety & Health Committee he is pursuing a master’s degree and has attended a number of emergency preparedness programs, including a certification from Stanford University.