Summerfest Returns, Back To Normal

By Christine Hatfield, Wisconsin Public Radio - Jun 22nd, 2022 12:17 pm
Get a daily rundown of the top stories on Urban Milwaukee 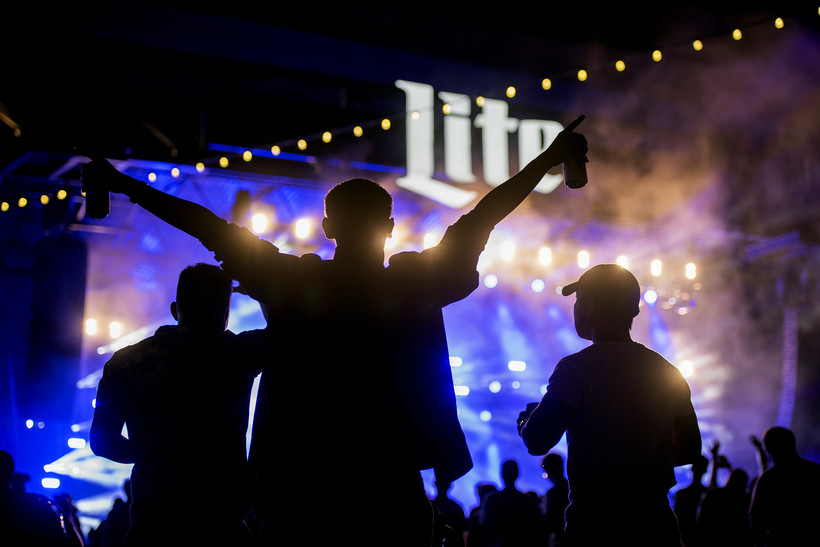 Milwaukee’s Summerfest musical celebration gets underway this week, marking a return largely to normal procedures for an event dogged by the COVID-19 pandemic.

The music festival will take place in downtown Milwaukee across three consecutive weekends: June 23-25, June 30-July 2 and July 7-9. Last year, the festival was postponed to September to allow more time for COVID-19 vaccine distribution. The year before that, the event was canceled altogether for the first time ever.

“You can be together again, you can shake hands, you can hug,” said Koenig. “Of course, we’re also getting our boosters, but there is definitely a return to a sense of normalcy.”

Koenig said people come in droves to experience the event.

“It is a morale boost to us all when they come back saying, ‘We’re coming back strong in the middle of the summer and we’re gonna throw the best festival we’ve thrown,'” Koenig said.

It’s Wisconsin’s largest festival, usually drawing about 800,000 people from Milwaukee, the state and the world. It’s also one of Milwaukee’s most important events, Koenig said, and not just because of the impact it has on the area’s economy.

“It’s certainly one of the biggest events we have for, at any time on the calendar,” said Koenig. “It is truly a differentiator for Milwaukee as the city of festivals.”

National and international artists are set to perform at the event, including Jason Aldean, Rod Stewart, the Backstreet Boys and Wiz Khalifa.

“It’s one of those experiences that’s kind of so amazing,” Koenig said. “You go elsewhere and realize, you know, your average Milwaukee 17-year-old has seen more live music than most 35-year-olds because of Summerfest.”

Justin Bieber was also scheduled to perform, but that performance was postponed on June 16. Bieber had to postpone his tour and cancel shows on account of a rare disorder that has paralyzed half of his face.

“Justin continues to receive the best medical care possible, is upbeat about his recovery, and is looking forward to getting back out on the road and performing for his fans overseas later this summer,” Bieber’s tour promoter AEG Presents said in a statement.

Those who purchased tickets for Bieber’s concert will receive a general admission ticket valid for any day of the festival, according to Summerfest’s website. Tickets will be honored for the rescheduled show date, which hasn’t been announced yet.

A second performer, Willow Smith, has also dropped out of the festival.

What to expect on festival grounds

There’s multiple ways to get to the festival, though the Milwaukee County Transit System has had to cut its shuttle service to Summerfest owing to budget difficulties.

Summerfest won’t have many of the precautions that were in place last year. That means masks won’t be required, nor will COVID vaccinations or proof of a negative COVID test.

While COVID-19 cases have risen in Wisconsin, the state’s epidemiologist has said vaccines are effective in preventing death and serious illness.

“(We) will monitor the situation and continue to work closely with health experts, while following local guidelines,” the festival’s website reads.

The festival is cashless on the grounds and at the box office.

All bags are being inspected prior to entrance, and backpacks and bags larger than 9-by-10-by-12-inches are not allowed on the festival grounds. People who bring those bags to the festival will be given a clear bag to empty contents into, and the original bag can either be donated to Goodwill or returned to the owner’s vehicle or home.

Koenig said the fest is an event locals and visitors alike seem to love.

“Especially given what’s happened the last two years, to come together with everyone you love and have that live music experience again, especially on our lakefront, I mean there, there’s truly nothing better,” Koenig said.

Listen to the WPR link here

One thought on “Summerfest Returns, Back To Normal”