Plus, the opening of a new food hall, a comedic play in South Milwaukee, the annual Yule Ball and West Allis Winter Week. 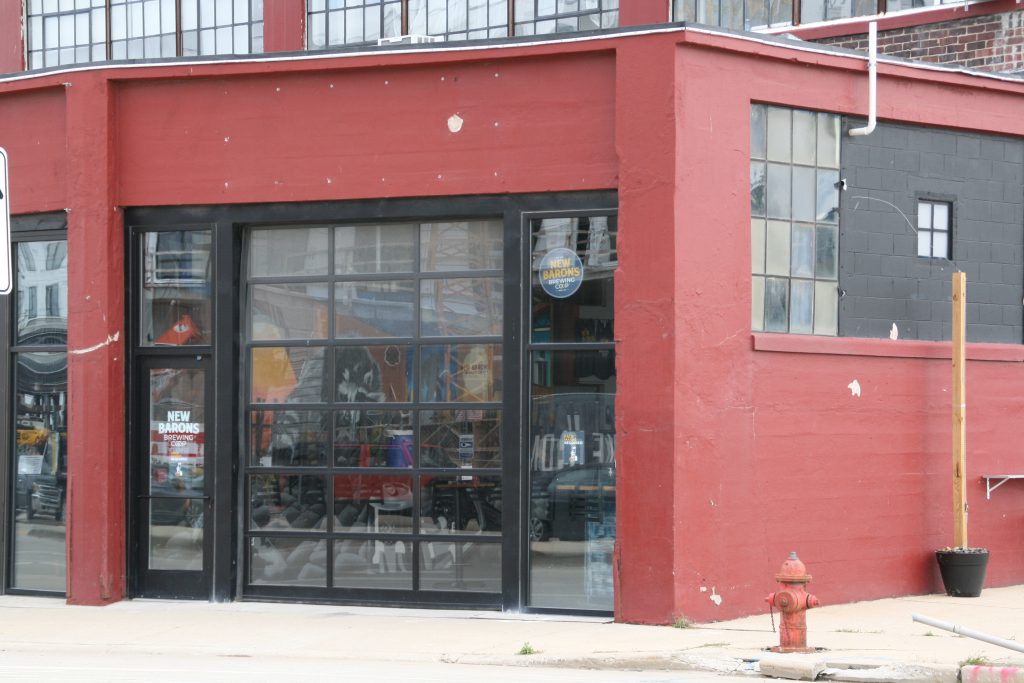 There’s been a lot of hype and now the time has finally come — 3rd Street Market Hall officially opens this weekend. There’s also plenty of other activities in Milwaukee this weekend. If you’re a fan of the Harry Potter series, the 5th Annual Yule ball is taking place at Turner Hall Ballroom, featuring plenty of magical costumes and spell-binding activities. West Allis is celebrating its annual Winter Week, where a different community organization prepares a fun winter activity for each day of the week. And New Barons Brewing Cooperative is hosting a beer release for a new easy-drinking lager with dark fruit notes.

Turner Hall Ballroom is hosting the 5th Annual Yule Ball, a Harry-Potter themed celebration that encourages attendees to dress up in their best robes, dresses and other wizard and witch attire. The event will take place over the course of two days, with the 14th being a Pride night featuring themed drag performances and a fundraiser for Trans Lifeline. The 15th will feature the event’s first ever Triwizard Tournament, where participants will compete to earn the respect of their wizard school. This event is for those 18 years or older only and has options for general admission, two-night passes and a Very Important Wizard pass that includes an abundance of benefits. For more information, click here.

The South Milwaukee Performing Arts Center is putting on a performance of “Rumors”, a farce by Neil Simon. The performance will feature South Milwaukee High School Theatre alumni and will raise funds for the the high school’s theater program. “Rumors” follows the story of a lawyer and his wife trying to figure out why the Deputy Mayor of New York City shot himself at his tenth wedding anniversary. Confusion and miscommunication reign, providing fertile ground for laughs in this comedic romp. Tickets are $15 for general admission, $10 for students and seniors and $5 for SMHS theater students. For more information, click here.

Its been a long time coming, but the 3rd Street Market Hall will officially open to the public on Friday, Jan. 14. The food hall, which resides in the old Grand Avenue Mall space, features a variety of food vendors such as Kawa Ramen, Dairyland and Strega. The hall will also feature a variety of activities such as a Topgolf Swing Suite, shuffelboard, a gaming lounge and more. For the opening weekend, 3rd Street Market Hall will be open from 11 a.m. to 9 p.m. Friday and Saturday and 11 a.m. to 7 p.m. on Sunday.

Milwaukee’s first ever cooperative-owned brewery is hosting a party to celebrate the release of its Black Bier — an easy-drinking medium-light lager with subtle dark fruit notes. The beer was brewed as an homage to the punk rock roots of Eric Gutbrod, the general manager at craft beer bar Draft & Vessel, and according to the coop, “Milwaukee’s favorite craft beer ambassador.” The beer’s label will reference the legendary punk band Black Flag. The release party will run from 1 p.m. to 6 p.m. For more information, click here.

West Allis is embracing the cold weather and putting on its annual West Allis Winter Week, which is a seven-day celebration filled with community organizations and winter activities. On Jan. 16, West Allis Historical Society will put on a Winter Scavenger Hunt. On Jan. 17, Rotary Club of West Allis will put on a drive-thru clothing drive. On Jan. 18, West Allis Public Library will host a Night of Hygge. For a complete list of which organizations are hosting events on what days, click here.