Flooded area in Root River Parkway submerges trail for most of the year, requires realigning 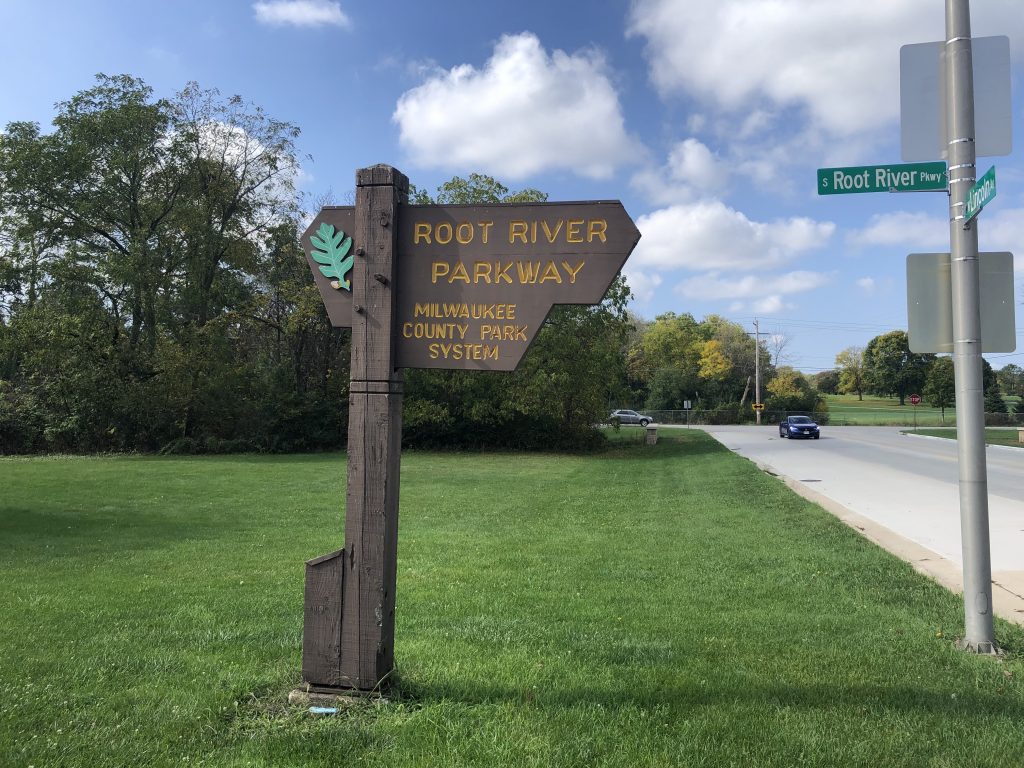 A section of the Oak Leaf Trail that has been flooded by the Root River could be fixed with a realignment of the trail in the coming years.

Milwaukee County Parks has applied for a federal grant to fund realignment of a section of the trail on the southwest side of Milwaukee.

Between W. Morgan Ave. and W. Howard Ave. in the Root River Parkway, there is a section of trail that is regularly flooded with up to a foot of water, completely blocking off the trail to use. The flooded area is regularly between 10 and 50 feet in length and 10 feet wide. The trail itself is “degraded, cracked and sunken from sustained periods of standing water,” according to a parks report.

Parks plans to realign approximately half a mile of trail that is now in a flood zone. This section of trail was built decades ago, but changing weather patterns and nearby development have contributed to what the parks department now describes as “constant flooding.” The project will require approximately 2,300 new feet of trail.

Parks is turning to the federal Transportation Alternatives Program (TAP) and applying for a $510,373 grant. This program is funded through the Federal Transit Administration and administered to counties and municipalities on the state level through the Wisconsin Department of Transportation (WisDOT).

The TAP program was created by the federal FAST Act passed by Congress in 2015. It has become a valuable source of funding for trail improvements, expansion and maintenance for the county parks department.

Get a daily rundown of the top stories on Urban Milwaukee
The parks system is in dire need of investment, with a backlog of deferred maintenance that will soon reach nearly $500 million. Federal funds like the TAP grants have provided opportunities to make investments and emergency repairs the county would have otherwise struggled to fund.

Recent projects that have been awarded TAP grants include the sinkhole on the Oak Leaf Trail in Glendale and the rebuilding of the historic Ravine Road Bridge in Lake Park.

The parks department went before the county board’s Parks, Energy and Environment Committee in December seeking approval to apply for the grant. TAP grants require a 20% local match. Thus, the county would have to allocate more than $127,000 for the project.

This grant will be entered for the 2022 – 2026 granting cycle for TAP, which means it’s the first, and certainly not the last, TAP grant the county will go after in that period.