Michael Gableman Has No Shame 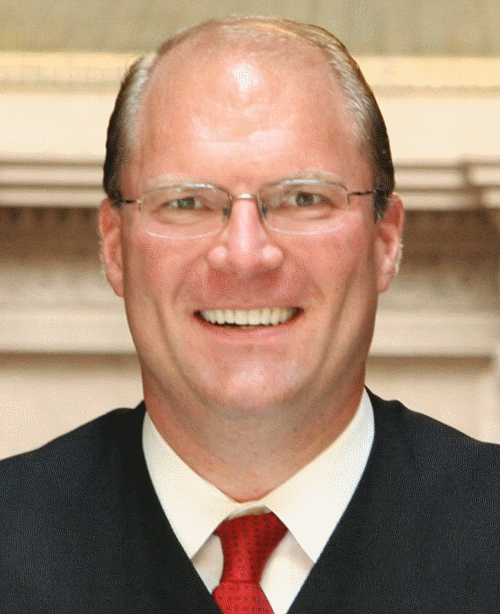 If you missed Michael Gableman’s testimony at the Wisconsin Assembly Committee on Campaigns and Elections on Wednesday, you’re a better person for it.

Because you would not have enjoyed seeing this bully in action. Trust me.

He was a toxic blend of Spiro Agnew and Joe McCarthy.

He went after the Milwaukee Journal Sentinel’s longtime Capitol reporter, Patrick Marley, referring to him as an “activist” and deriding the newspaper itself because of its unflattering coverage of Gableman. This kind of a personal attack on journalists from officials is something we haven’t seen in this state for decades.

He contemptuously tangled with Rep. Mark Spreitzer, yelling “Shame on you” at the legislator, which is way out of line for a witness. Even more out of line was when Gableman demanded that a comment from Sprietzer be “stricken” from the record, as though Gableman were still a judge and not a political hack in the employ of Robin Vos.

He made wildly irresponsible charges about the mayors of Green Bay and Madison, saying they were “running and hiding” from him when, in fact, they did what anyone would do when getting a subpoena, which is to get a lawyer and defend themselves. He acted as though they do not deserve legal representation or the presumption of innocence.

He made false and slanderous accusations about the Wisconsin Elections Commission, saying that they had admitted to engaging in illegal conduct when, in fact, they’ve done no such thing.

He was rude, rude, rude – and sexist, too. He snarled at Rep. Jodi Emerson because she wouldn’t have coffee with him!

Gableman has neither the temperament nor the experience (he’s admitted he doesn’t know how elections work) nor the impartiality to be involved in any way in examining our elections.

He said, months before Vos hired him, that the election was stolen.

And now he’s hired on to his staff other extremely biased partisans, like Andrew Kloster, who worked in the Trump Administration and also said the election was stolen. And Kloster has said worse things. In April he wrote that rightwingers need their own “irate hooligans” and “kept district attorneys” to let hooligans like the Proud Boys “off the hook.” That’s an incitement to far right vigilantes everywhere, and a celebration of corrupt law enforcement, to boot. Why are Wisconsin taxpayers paying Kloster’s salary?

Another person on staff is Ron Heuer, also a former Trump administration official. Heuer heads the misnamed Wisconsin Voter Alliance, which urged the Wisconsin Supreme Court to toss out the results of Wisconsin’s presidential election and let the Legislature choose the state’s presidential electors. Why are Wisconsin taxpayers paying Heuer’s salary?

And why are Wisconsin taxpayers paying Gableman’s salary of $11,000 a month?

The sham that Gableman is running is shaming Wisconsin before the eyes of the entire country, and it’s an awful waste of our taxpayer dollars.

2 thoughts on “Op Ed: Michael Gableman Has No Shame”