Starting with tickets given at night, to protect parking checkers from verbal threats and physical assaults. 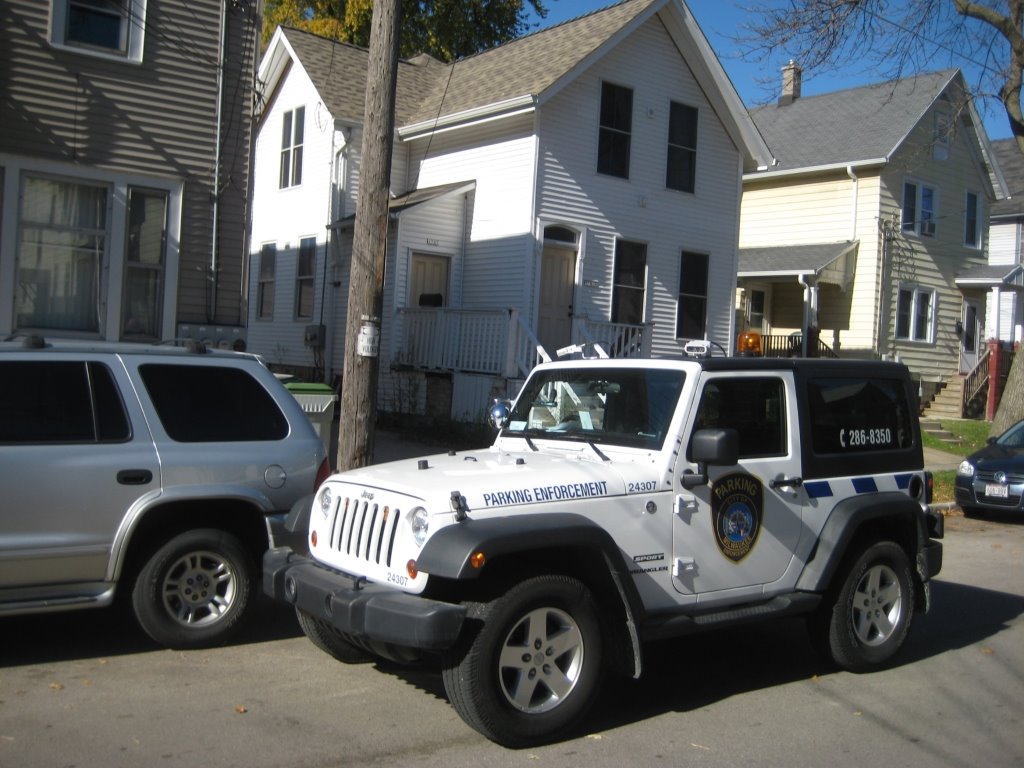 The City of Milwaukee is poised to start mailing some parking tickets to offenders instead of placing them on windshields. It’s a move designed to cut down on abuse and threats received by the city’s roving parking checkers.

That risk includes verbal threats, but has also included getting stabbed and shot at.

Forty percent of the incidents occurred from 2 a.m. to 6 a.m. Between those hours vehicles parked on the street, with limited exceptions, are required to have a $55 per year permit. On many streets, the vehicles must also be parked on a certain side of the street. The fee for non-compliance is $20 if paid within 14 days.

The new process will extend the timeline to pay to 21 days, which Dollhopf said will accommodate the up to three days it will take to mail the citation via USPS First Class Mail. The same contractor that mails overdue citation notices would mail the overnight violations.

The citation will include a photo of the vehicle, captured by automated cameras. “Also captured with that process is the actual GPS address of where that vehicle was parked,” said Dollhopf.

The only authorized by-mail citations would be for the lack of a night permit or for parking on the wrong side of the street during night parking hours.

Get a daily rundown of the top stories on Urban Milwaukee
The camera system mounted on the checker’s Jeep vehicle automatically dings when a license plate is spotted that doesn’t have a valid overnight permit.

But despite the growing automation in the job, DPW has struggled with retention of parking enforcement officers. The 2021 budget funds 58 positions, which Dollhopf said have a starting wage of between $16 and $17 per hour. There are also four lead enforcement officers positions and four supervisors.

“We are happy when someone can retire, but most people do leave before they can retire,” said the enforcement manager.

Parking services manager Thomas Woznick told the committee in May that turnover was increasing because of safety concerns. Those concerns include being caught in a literal crossfire. He said there were six incidents where drivers saw or heard gunfire that wasn’t directed at them.

“The reality is that anyone that has to be exposed to these types of ongoing incidents, it creates a lot of issues with morale,” said Woznick.

Alderman Mark Borkowski suggested that the mailing system could alleviate an issue that crops up in his southwest side district: illegal parking during school pickup.

“We are just about ready to put it on a windshield and voila, the guy takes off,” said Borkowski, describing a situation that he said generates constituent complaints when driveways and alleys are blocked. The department’s practice is not to issue a citation if the driver moves the vehicle before the citation can be placed on their windshield.

Dollhopf said daytime staffing levels can make enforcement difficult. Back in May, Woznick noted that the department is scheduled to have 25 enforcement officers, nearly half of its staff, out overnight.

But that led Bauman to another question. Could mailing tickets lead to a scenario where someone gets a ticket on their vehicle for one violation and a citation in the mail for an overnight violation? Dollhopf said the department doesn’t double ticket people, instead noting what other violations were observed on the citation.

Bauman also offered a compliment to those involved in handling parking tickets: “You actually don’t have horns, compared to the opinion of many out there in the community,” he quipped.

The pilot project to mail tickets, according to the authorizing resolution, is to last for one year. In 2019, the City Attorney’s office issued a written opinion that it was legal. DPW would need to report back on the pilot results at the halfway point and again at its conclusion.

The committee unanimously endorsed its adoption. The full council will consider the proposal at its Dec. 14 meeting.