Next Act’s ‘Red Herring’ is stuffed with Soviet spies, FBI agents and love affairs, but not enough laughs. 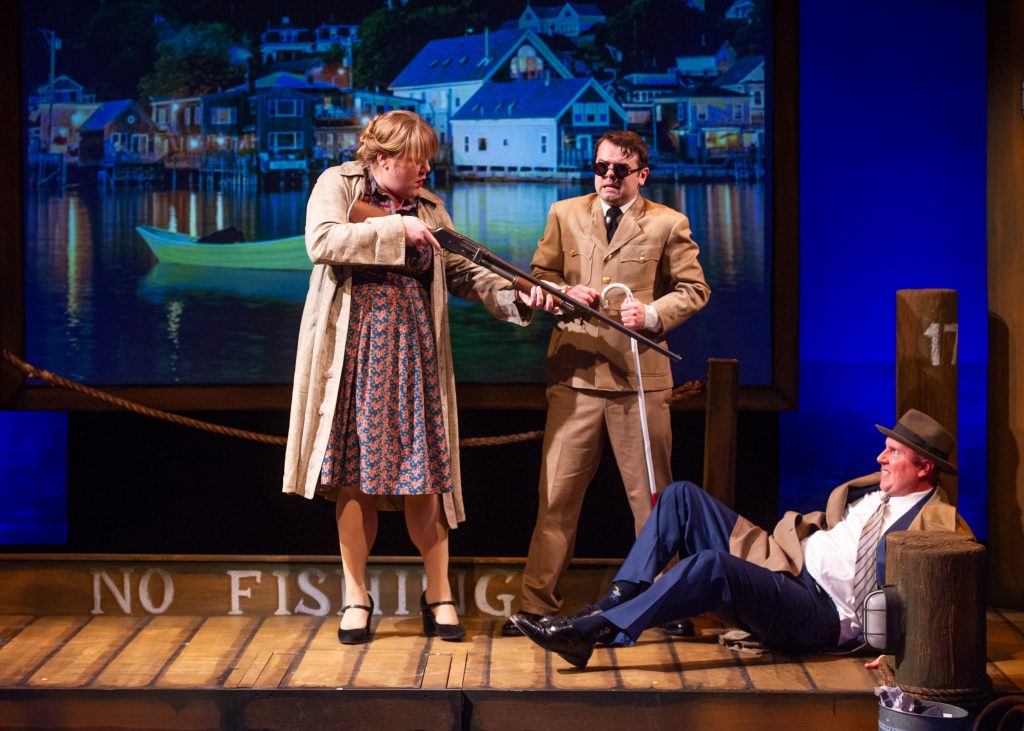 Next Act Theatre had a built-in advantage staging a largely unknown comic whodunit (or who-didn’t do it) as its seasonal offering through December 19, written by an academic student of theater mechanics and set in an automatically comic era between Truman and Ike with the invented daughter of Wisconsin Sen. Joe McCarthy (Eva Nimmer) falling in love with an innocent looking American swain (Zach Thomas Woods) who turns out be a Soviet spy.

Red Herring involves two other couples – gumshoes who fall in love (bullish FBI agent Dylan Bolin and wisecracking cop Mary MacDonald Kerr) and a Russian fisherman (Bo Johnson) mistaken for the husband of his landlady Kravitz (Kelly Doherty) when he is only her lover and probably another secret agent.

Just explaining the plot (and adding that all these characters with the flip of a mustache, a wig or a hat play many other roles) makes the whole idea sound like a frenetic farce.

In reality, even under an accomplished director, David Cesarini, and well-rehearsed cast, the farce is another fish indeed, one that entertains only with a flipper here and there while mainly flopping around. For every funny one liner, author Michael Hollinger nets most of the laughs by revealing yet additional romantic entanglements (the audience gasps). But where a farce should fly along, this one feels canned and slightly stale. It’s a case of knowing all the notes of a farce but not the melody.

Rick Rasmussen’s set, ostensibly set on a wooden pier, has a great central screen where photos and even snippets of films can comment on or further explain the times (such as students hiding their heads in an A-bomb drill, and I am old enough to remember when that really and rather uselessly happened).

These flashes of the time period become the delight as does a surprising scene that has little to do with the plot but gives Johnson as the Russian sourpuss and Kerr as the gumshoe a chance to show off their melancholy timing over spoon sips of vodka.

We start looking for such flashes. Doherty, used for her somber appearance, is adept at those Thelma Ritter-style wisecracks. Woods relishes every part including a funny mortician. The talented Bolin loves playing with the bluff FBI personality and the upstaging ability of other roles. And welcome back to Johnson, who hasn’t been on local stages in a while, and is always fun in his character’s gloomy outlook on life. Nimmer tries too hard for mopey innocence when this ingénue role needs more versatility and Kerr always seems to be hoping for funnier lines to go with her film noir overcoat.

Company artistic director Cesarini often doubles as sound designer and his soundscapes are usually a genuine delight. Not here, alas, since using so much music, however nicely selected, simply emphasizes how slow the farce has become. 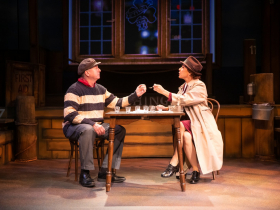 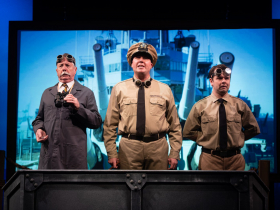 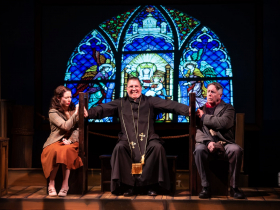 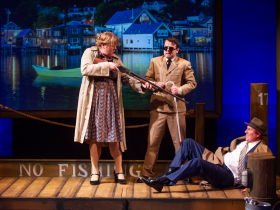 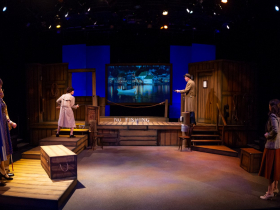