New Housing Permits Up 26% In State

Biggest one-year hike in Wisconsin in more than a decade, study finds.

By Brady Carlson, Wisconsin Public Radio - Nov 29th, 2021 05:50 pm
Get a daily rundown of the top stories on Urban Milwaukee 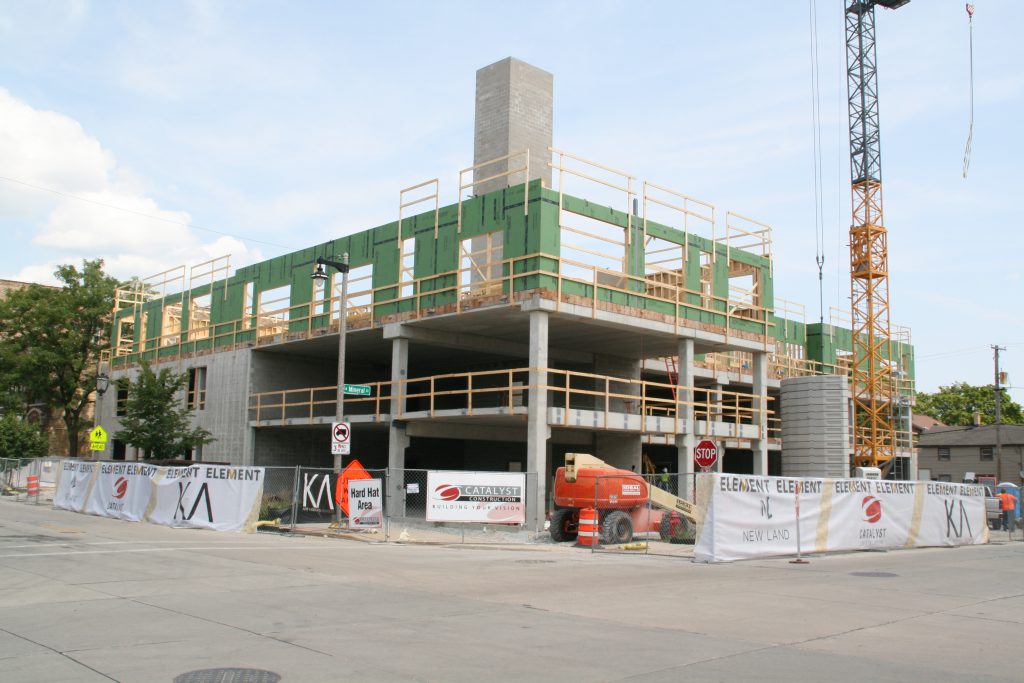 The number of permits for new home construction has been sharply rising in Wisconsin, which could help address rising home prices.

A Wisconsin Policy Forum study of U.S. Census data found permits for new housing units from January to September 2021 were up 26 percent from the previous year.

While that isn’t near the peaks in permits the state saw during the 1990s and most of the 2000s, lead author Mark Sommerhauser said it’s still the strongest level of permit activity in more than a decade.

“Since the Great Recession, we’ve been building so few new housing units that it’s really got us to a point now where the supply is out of whack with the demand,” he said. “Anybody who has looked at the listings for a home recently understands the implications of that for prices.”

The sharpest increase in permits was for buildings with five or more units.

That could bode well for renters.

Rental prices have been rising above pre-pandemic levels in much of the country.

The Madison metropolitan area has seen the most permit activity, but Sommerhauser said there were also big increases in Appleton, Eau Claire, La Crosse, Oshkosh and Wausau.

“It’s not universal in every single metro, but in most of the metros in that top 10, we’re seeing large increases in housing permits being issued this year,” he said.

There’s also been a double-digit increase in permits for single-family housing.

Prices for those homes have been rising steadily in recent years due to strong demand and a sharp decrease in the number of houses up for sale.

Permits for new housing are rising in Wisconsin. That could help curb rising prices. was originally published by Wisconsin Public Radio.