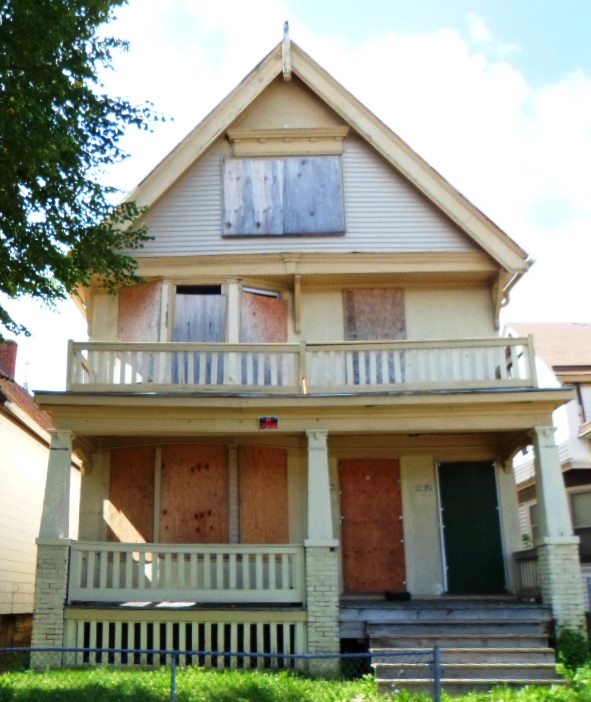 City owned home . File photo from the City of Milwaukee.

Through President Joe Biden’s American Rescue Plan Act, the City of Milwaukee will receive $397 million dollars, in two installments, to aid our pandemic recovery. With this, city officials have a huge opportunity to rebuild our communities in a people-oriented way.

The city received nearly half of its funding and designated much of it to the Milwaukee Housing Trust Fund, the demolition or renovation of 150 abandoned homes and new Westlawn Gardens developments. A large sum of this installment will also go to lead abatement.

Only $15 million will go to departmental COVID response, despite the intent of ARPA dollars being to provide relief.

The African American Roundtable, and its LiberateMKE partners, rejoice that no ARPA funding has gone to police thus far and hope this remains the case, but we also know that more funds could have gone directly to communities.

At one point, nine members of the Common Council signed a resolution to create participatory budgeting for the city, a process that the African American Roundtable believes will bring autonomy and investment to all local communities. It is noteworthy that this is one of a number of resolutions put forth by Black alders, and all but one was not considered for funding with Milwaukee’s initial ARPA dollars.

During meetings for ARPA budget votes, Ald. Milele Coggs, who introduced participatory budgeting, repeated that many grassroots-informed initiatives were not even considered. This may be explained by the less than 1% of residents, mostly middle-aged white women, who completed the city’s survey regarding ARPA spending priorities.

The second half of Milwaukee’s ARPA dollars will come to the city in March 2022, and many eyes will be on the Common Council, seeking more community-oriented funding.

People like Richard Diaz, chair of the Coalition on Lead Emergency, said that the $31 million allotted for lead abatement is only a starting point.

This is the tip of the iceberg signifying why no ARPA dollars should go to police. If the $197 million already decided to be spent only scratches the surface of issues affecting Milwaukee’s communities—the very communities most negatively impacted by COVID—then the council has a greater responsibility to resolve longstanding issues using ARPA funds.

During the Finance and Personnel Committee vote on the aforementioned package of housing resolutions, the alders mentioned a total of 500 abandoned city houses, leaving 350 to address beyond this first tranche of ARPA funding.

Our city’s annual budgets show a disparity in favor of police and inconsiderate of the city’s health and public works departments. Meanwhile, residents throughout the city continue to complain about the conditions of city-developed homes, poor sanitation and the impacts that poorly paved roads and potholes have on their vehicles and finances.

Regina Taylor, a northwest side resident, said, “I am tired of walking my dog and seeing trash everywhere. I’ve called the Division of Sanitation, and they don’t do anything. I’ve had to make several calls for them to stop letting garbage cans pile up. The sanitation ‘supervisors’ should monitor their employees’ work and should hold the sanitation department accountable.”

Ald. Cavalier Johnson’s response was that Taylor should organize a community cleanup.

In a similar tone, Jackie Burrell, Westlawn Resident Council president, said, “I get calls daily about units that are built subpar,” referring to issues with cracks in walls, poor paint jobs and faulty door installations that lead to expensive cooling/heating issues and other financial hassles. Burrell added, “I want units to be built beautifully as they were promised.”

Often, residents are expected to move into units smaller than expected and without basements and other amenities that they were promised.

Diaz also said, “Government has been failing us, and this is something that government staffers and our elected officials know. The quality assurance piece will be a big piece of how we move forward right now.”

It’s imperative that Milwaukee leaders seek newer, more intentional and wider-reaching tactics to engage the public around its spending. By piloting participatory budgeting with ARPA funds, Milwaukee can relieve communities in an equitable way, gain insight into a new way to civically engage a greater number of residents each budget cycle and address decades-old issues that our grandparents complained about and that we’re still grappling with today.

Ryeshia Farmer, a former NNS reporter, currently serves as the community base building organizer at the African American Roundtable.

OPINION: ARPA funding should go toward community, not police was originally published by the Milwaukee Neighborhood News Service.