Milwaukee's "biggest kept secret" is now even bigger. The word might get out. 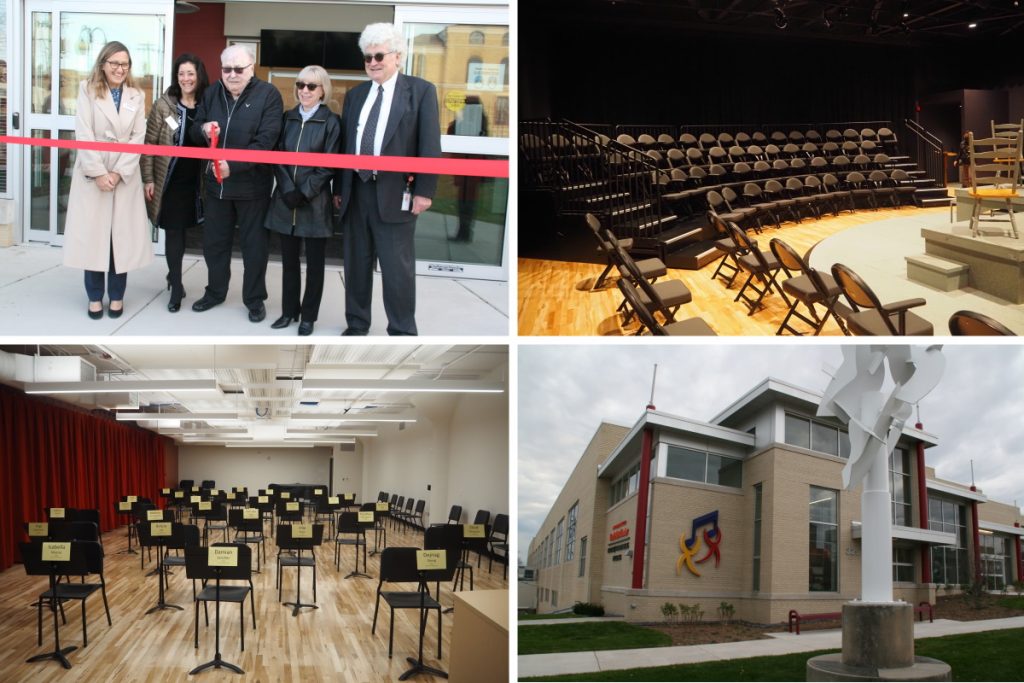 It’s not often a building is expanded downward, but that’s exactly what happened at the Milwaukee Youth Arts Center, 325 W. Walnut St.

The center opened in 2005 as a joint home for the Milwaukee Youth Symphony Orchestra (MYSO) and First Stage. It filled the first floor of a former Schlitz Brewing distribution facility with offices and rehearsal spaces.

But the organization and its tenants outgrew the space. Before the pandemic took hold, 700 children per evening were cycling through the building and rooms were being turned over four times.

The decision was made to expand and an unusual option presented itself.

As a result of being built on a hill, the southern side of the building presents as two stories with an exposed basement. The brewery had used this lower level as extra distribution space, but for the MYAC it had only been a 42,000-square-foot basement with high ceilings.

In attendance at the event were Keith Mardak, retired CEO of Hal Leonard, and his wife Mary Vandenberg for whom the expanded facility (Mardak | Vandenberg Building) is now named. The couple contributed $5 million to the project, which coupled with a future phase is estimated to cost $23 million. More than $14 million has been raised for the debt-free first phase.

Get a daily rundown of the top stories on Urban Milwaukee
“This is the biggest kept secret in the city,” said Mardak of the 101,000-square-foot facility and its offerings.

Perched just above downtown Milwaukee, he could be right. Each day hundreds of kids from across the region take part in various theater and music programs. But from the exterior its an unassuming facility and unless you have a child, you might not know of its existence. The anchor tenants continue to stage their major performances at the Marcus Center for the Performing Arts.

Del Wilson served as an architect on the facility’s original design, then, after leaving the architecture firm (Uihlein-Wilson Architects), he became MYAC’s executive director in 2018.

During a tour Tuesday he straddled both worlds, seamlessly highlighting a hidden-in-plain-sight architectural feature and then pivoting to discuss some of the new technology features that connect the facility to those outside of its doors.

With so much going on in the building, managing sound is a significant issue.

“We tried not to acoustically separate the doors because we want the sound to bleed into the common spaces, but we don’t want the musicians to hear the room next to them,” said Wilson. Part of that strategy involves an oversized ductwork system. With the airborne COVID-19 virus that overbuilt system became an asset.

Mardak said after being able to reopen to small groups, the facility was able to boost the throughput of the HVAC system, pushing as much air as possible. MYSO relied on studies of musical instrument air flows to determine how to position children.

“We got pretty sophisticated about it and we just kept going,” said Wilson of all the mitigation efforts. “The kids have been great about it.” He estimated  that about 250 children per day now use the facility.

Mardak and Vandenberg are betting on a resurgence in music education, with Mardak estimating it will be “very big” as the pandemic abates.

The couple has also linked its philanthropic giving together to try to build that ecosystem. Their gifts to the Boys & Girls Club of Greater Milwaukee require some amount of the money to be spent on programming for club members at the MYAC.

Vandenberg said that strategy not only increases the diversity of the students at MYAC, but also fills a gap in Milwaukee Public Schools music class offerings.

“Our interest is in all kids having access to music of all kinds,” she said.

According to Wilson, those served by the facility include students as far away as Appleton and Madison.

“Most people don’t realize the reach of MYSO and First Stage,” he said.

The project wasn’t limited to just the lower level. The central lounge space on the first level was linked via an open staircase with a new downstairs lounge.

Dimmable LED lighting was installed throughout, which saves energy and money, and that Wilson said will benefit program participants with an autism spectrum disorder.

“Ultimately there is a second phase to our campus,” said Wilson of the larger vision. The organization purchased the Baasen House-German YMCA building across the street at 1702-1728 N. Vel R. Phillips Ave. in 2016 for $950,000. The core of the complex is a three-story, Cream-City-brick house built in 1874, with a series of expansions constructed to the north and east. The seating and other equipment could eventually end up in a new hall there.

MYSO and First Stage are the anchor tenants in the facility, but a series of other arts groups leverage the facility including Danceworks, Festival City Symphony, Milwaukee Children’s Choir and Bel Canto Chorus. The Milwaukee Symphony Orchestra formerly practiced in one of the halls.

A dual-purpose space in the lower level has an 80-person capacity for seated events. It could be used for practice or small performances, but it also is designed to serve as a community meeting room.

A 15,000-square-foot space in the lower level is still reversed for storage, but it’s now directly adjacent to a new freight elevator. Wilson said the elevator and organized space allows for the facility’s pianos and other large equipment to be easily moved in and out.

Art is interspersed throughout the facility and more is on the way, Wilson said. Madrak and Vandenberg’s donation includes a painting by 19th century artist William Verplanck Birney, a sculpture by Wisconsin artist Richard Taylor and a sculpture by Zimbabwean artist Samuel Tichafa Masakwa.

Hunzinger Construction led the general contracting. Ramlow/Stein Architecture + Interiors led the design. The latter is a natural choice, given that the firm was co-founded by David Uihlein, whose father was heir to the fortune Schlitz created, and that Uihlein’s business partner, Wilson, long co-led the firm, then Uihlein Wilson Architects.

The Milwaukee Journal later used a portion of the building for distribution. City assessment records say the building was constructed in 1943, though the design of the southernmost portion indicates an earlier date. Schlitz expanded the building in phases.

MYAC hopes the expanded facility will accommodate an additional 20,000 students per year. Since it opened more than 250,000 students have participated in MYSO and First Stage programs.

The expansion was a quick turnaround project, work began earlier this year with a ceremonial groundbreaking in February. 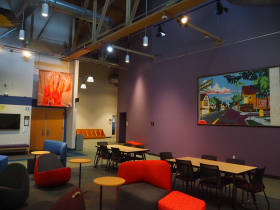 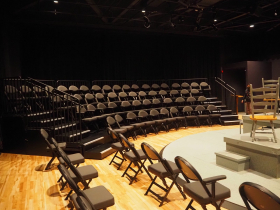 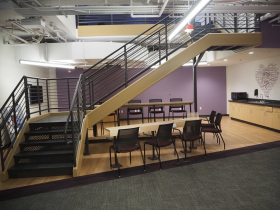 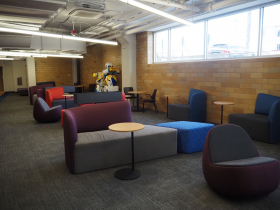 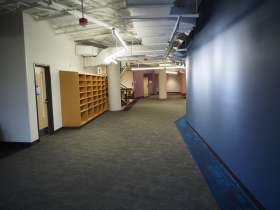 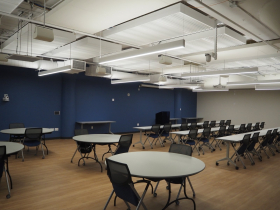 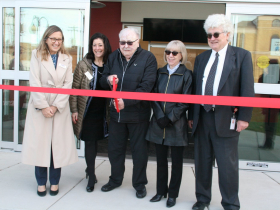 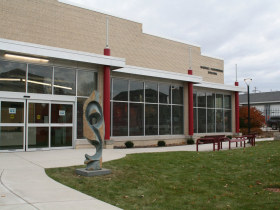 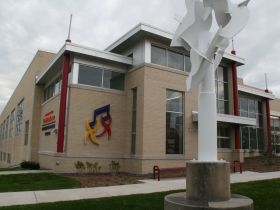 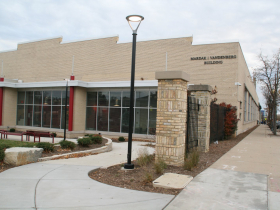