Milwaukee landlord Youssef Berrada and his firm charged with 15 violations of state law. 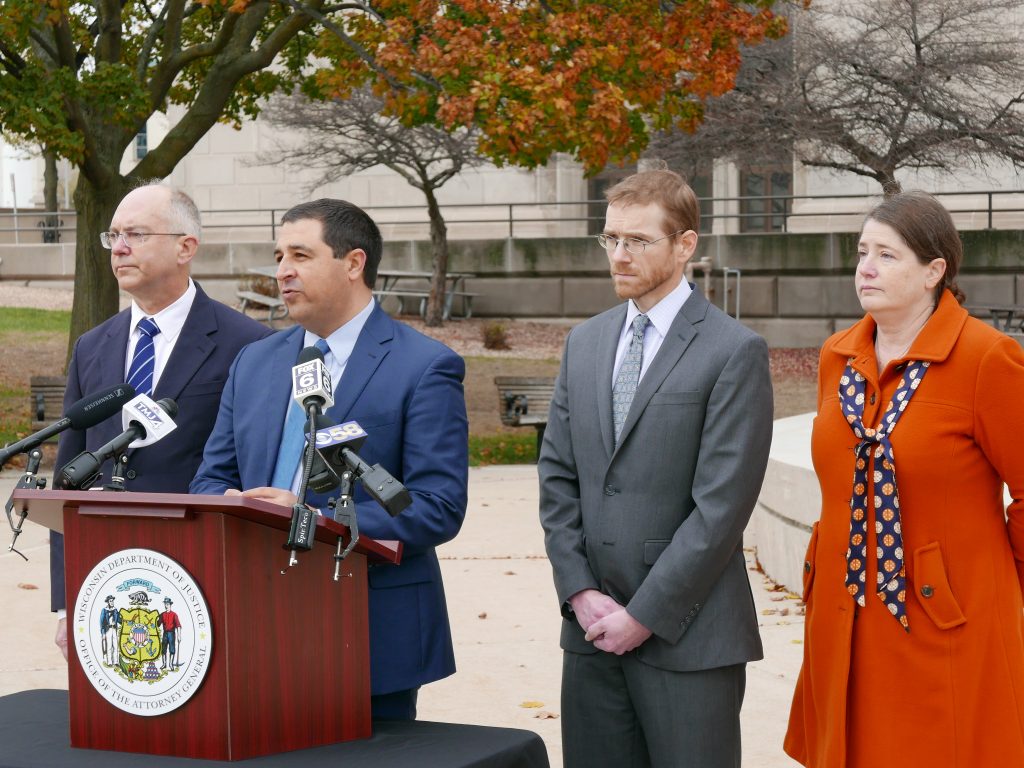 The Wisconsin Department of Justice (DOJ) is bringing a major lawsuit against a notorious Milwaukee landlord and his property management company.

The civil complaint’s allegations paint a picture of a landlord and his rental company who use a web of fees and illegal practices to extract money out of tenants on top of their rent; torment renters with dangerous, sometimes needless renovations; profit from the evictions process; and when it’s expedient, even if the rent is paid in full, simply push tenants out of their homes.

The suit was filed by Attorney General Josh Kaul, and Assistant Attorneys General Robert B. Bresette and Gregory A. Myszkowski on behalf of the state Department of Agriculture, Trade and Consumer Protection — which conducted investigations into violations of consumer protections law by Berrada Properties Management.

The suit seeks restitution and civil forfeiture from Berrada and his company, as well as a change in their policies that would bring them in compliance with the law.

At a press conference, Kaul urged anyone with knowledge of violations by Berrada or others to report them to DATCP.

Berrada is the sole owner of more than 170 limited liability companies, which in turn own more than 8,000 rental properties; most of them in Milwaukee and Racine counties.

The state alleges that Berrada is personally involved in the day-to-day operations and minutiae of his massive real estate holdings and has “personally located… and secured the financing” for the thousands of properties he has acquired, and personally signs eviction complaints, handles tenant complaints and oversees renovation projects.

Berrada has become infamous in Milwaukee for the number and frequency of evictions filed by his company. The DOJ’s complaint alleges the landlord has violated the law with illegal provisions in his rental agreements that require tenants to pay attorney and court fees for an eviction Berrada has filed against them.

Get a daily rundown of the top stories on Urban Milwaukee
Renters are regularly charged between $218 and $295 by Berrada for “court fees,” according to the complaint. These fees are sometimes charged to a tenant before an eviction has even been filed, and for more than the actual cost of processing the eviction.

These “court fees” related to eviction, based upon the criminal complaint, are just one layer in a stew of penalties that keep a tenant indebted to Berrada, who then extracts even more money from the tenant on top of the monthly rent.

Berrada uses late fees, sometimes illegally imposed on new tenants, according to the DOJ, in a manner interwoven with the company’s hair trigger evictions and its withholding of security deposits.

Between 2018 and 2020, one tenant, called JT in the complaint, had four evictions filed against him and was billed late fees for rent 31 times. The $50 late fees and the attending “court fees” billed for eviction filings amounted to a combined $2,422 in fees charged to the tenant.

The late fees, which for some tenants, like JT, are nearly endless, contribute to the debts that Berrada then uses as a cause for eviction. And when evicting Berrada always gets his money. The DOJ complaint notes that Berrada often illegally charges “court fees” days before the eviction is even filed.

Berrada will also deduct debts from security deposits at the end of leases. And if there’s no debt, he may simply seize the deposit.

Berrada’s rental agreements only contain standard language regarding security deposits. But the company often notifies renters that their deposit has been withheld for failing to give Berrada a “proper 30-day notice” before leaving the apartment.

Berrada will take your security deposit if you vacate his property without “proper” notice. But, according to the complaint, Berrada’s company spends a lot of time forcing tenants out of their apartments so that repairs can be made.

When Berrada acquires a new property and wants to make renovations, sometimes the company notifies the tenants they have to leave. Sometimes the company sends written notices stating work needs to be done and, “In order to effectively perform our work, we are asking that your unit be vacated as soon as possible. If you have been thinking about moving, now is the time.”

The DOJ says many tenants who receive these notices “reasonably understand” this to mean they must move out of their apartment. One person told the DOJ that in 2020 they asked the company about one of these notices and the reply was “that it wasn’t an option for me to stay here at all.” Other times, Berrada company “agents” have simply shown up at people’s front doors and told them they had 30 days to leave. Also in 2020, the company was purchasing a property from Schultz Real Estate on 78th street, and Berrada “agents” arrived before the deal was even finalized to tell the tenants they had 30 days to move out.

Berrada tenants that aren’t asked to leave for renovations, often suffer in other ways.  The complaint details a record of the company failing to inform tenants of upcoming work, illegally entering their apartments without notice and conducting renovations in a manner that creates inhospitable living conditions.

In September 2017 a woman was awoken at 7:00 a.m. to the sound of roof work, then a crash as “from roofing material breaking her window,” according to the complaint. Later that month, she was given a notice to vacate her apartment and four days later her front screen door was screwed shut. She was trapped in her apartment and had to call the fire department to unscrew her door.

In 2018, according to the complaint, another tenant, who has paraplegia and uses a wheelchair, found the carpeting in the hallway outside his apartment ripped up, leaving a strip of tacks at his threshold. Elsewhere on the floor were nails and glass and upward pointing staples. The tenant could not leave his apartment for four days because the conditions left would have punctured the tire on his wheelchair. He had to be carried out of the building by friends, after which he stayed at a hotel for a month. During that time his caretaker regularly stopped at the apartment building, finding the conditions unchanged.

Berrada Properties Management also has a habit, outlined in the complaint, of making bizarre, unnecessary repairs to their buildings that inconvenience and torment their tenants. In April 2020, the company notified all the tenants at one apartment building they would be replacing every front door in the building despite the fact “the existing doors were still functional,” according to the complaint.

These unexplained front door replacements are common and if tenants are not home when it occurs, the company makes little to no effort to ensure will still have access to the apartment after the door, complete with a new lock, is replaced. A woman was forced to sleep in her car overnight in November 2020 after returning home to find a new door on her apartment.

During the COVID-19 pandemic, tenants reported workers entering their units or working inside their building for renovations without taking precautions like mask wearing. Another woman who required oxygen to breathe was forced to move out of her apartment when renovation work produced so much dust and chemical pollutants she had trouble breathing. Tenants have also reported that the company has caused pest infestation problems to spread in apartment buildings, “by conducting renovation projects in a negligent manner.”

The indifference to laws governing the landlord-tenant relationship and to the safety and wellbeing of tenants at times begins from the very outset with Berrada Properties Management, based upon the complaint.

Berrada Properties would advertise units with appliances, then have tenants sign leases that stated there were no appliances in the unit. Or, the lease would include an illegal provision, according to the DOJ, that “purports to waive the landlord’s duty to maintain and repair appliances included within the apartment.”

If the unit did have an appliance, and it needed fixing, someone from the company would simply show up and remove it from the building.

The DOJ charges that when tenants complain they are met with indifference or silence, and sometimes, they are “harassed and encouraged to leave.”

All told the complaint suggests that Berrada and his company prey on the poor, turning the desperation of Milwaukee’s poor and struggling renters into cash.