‘Steel Magnolias’ Turns Back The Clock

Rep’s season opener is a 1980s comic drama with plenty of the former and not enough of the latter. 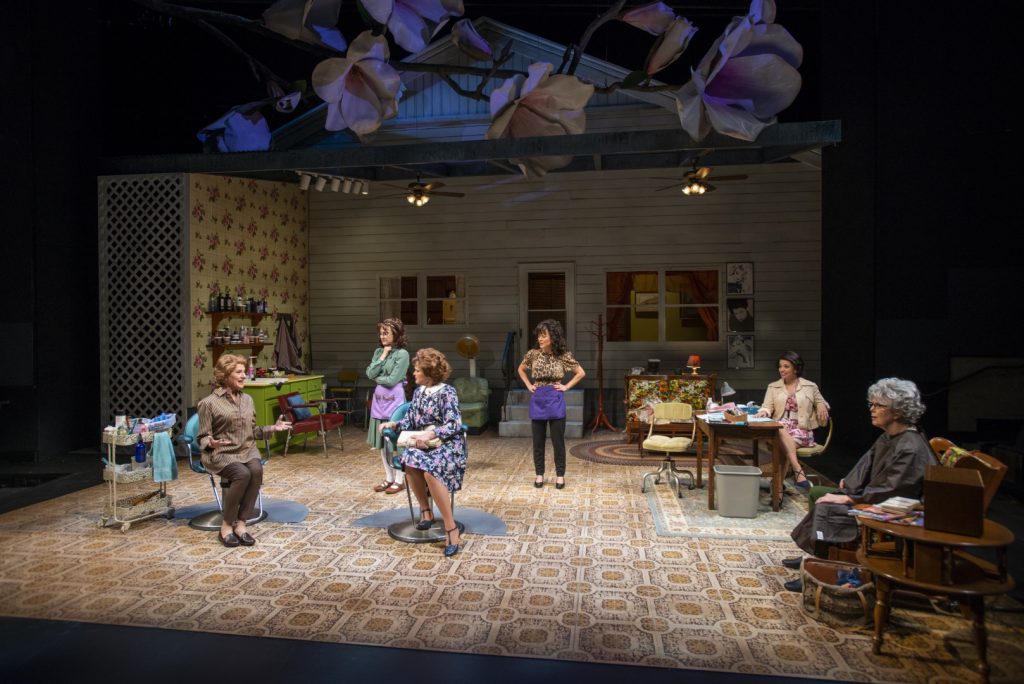 While stage and film have always interchanged products, the 1970s and 1980s brought a handful of remarkably enduring comic dramas that rose to become one-hit wonders on both stage and film from responsible writers who never again quite caught lightning in a bottle to become household names like Tennessee Williams, Arthur Miller and Neil Simon.

We still revive The Gin Game (author Donald L. Coburn), On Golden Pond (Ernest Thompson) and Driving Miss Daisy (Alfred Uhry) though nothing else the authors wrote out of family memories, elevated sitcom situations and social comment rose to fame.

This was particularly true of Robert Harling’s Steel Magnolia, chosen by the Milwaukee Rep to reopen its Quadracci Powerhouse mainstage through December 5 after 19 months of absence because of COVID. It may have been belief that a much loved, old reliable vehicle would bring back the crowds – and indeed a turn to familiar settings and homespun values has dominated the Milwaukee reopening of many companies.

There is a danger here, as the actors themselves have suggested in interviews, that they will be compared to such famous celebrity counterparts from the 1989 film, not to mention the 2012 television remake – names like Shirley MacLaine, Julia Roberts, Sally Field and the late Olympia Dukakis.

Playing against that echo, director Laura Braza has gone for a set that looks more like the circumstances should — the clunky homemade beauty shop set up in the back of a Louisiana house, designed by Collette Pollard (with enormously large plastic-steel magnolias spread on top), with costumes by Samantha C. Jones, looking more casually thrown together and rustic with occasional high fashion as envisioned in a Louisiana parish (that’s a county, for northerners).

The makeup and rapidly redone hair stylings (what a backstage crew the Rep must have!) are much more basic and believable. The soundscape pipes in a lot of the sounds of the era to great effect, though the music also reminds us this is as close as the rural white community would ever come to the likes of Tina Turner, Gloria Estefan and Aretha Franklin.

In film the camera tells us where to look. At the Rep, Braza uses actors frozen in place and group focus on one person’s trauma to create the same effect. But in a theater patrons can look anywhere (and do, noticing how the upstage glass sometimes reflects the heads of the people onstage). The actors are all capable professionals, but some are better than others at executing the freezes and mutual concern as the women gossip, snipe and share tragedies, which this review will not give away though they are probably familiar in advance to many patrons.

A Rep regular, Tami Workentin, may not be breaking new ground but her ability to position herself into a mischievous smirk and land the bon mots enlivens her battles with another quip expert, actress Meg Thalken as Ouiser Boudreaux, one of the clever tongue-twisting names in the script.

Janet Ulrich Brooks, a name new to Rep audiences but mighty familiar in Chicago, holds back on her pyrotechnic abilities until the conclusion when her power startles the house into attention. The other actresses do well but not spectacularly – Phoebe Gonzalez, Rebecca Hirota and Maeve Moynihan, partly because they are so busy with the stage business that their characters never spark to life. Such things may improve a bit during the run, as would an emphasis by director Braza on the humanity under the cliches.

Harling’s script is a mix of penetrating views of these women – the men are only talked about in the stage version, since they would never dare step foot into a ladies’ beauty salon – and more funny one-liners than you would find in a season of “Maude” and “The Golden Girls” put together.

The audience is clearly of an age to appreciate all the topical jokes and allusions.  It may not be the sort of breakthrough work we would like to believe the Rep will do, but it does justice to a familiar old reliable. 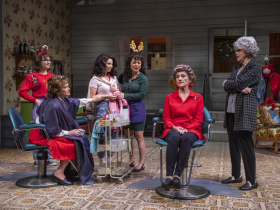 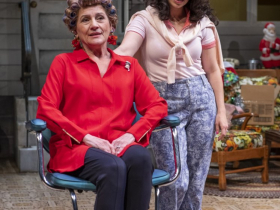 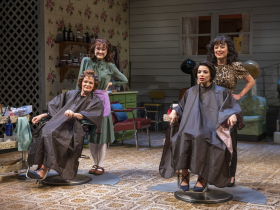 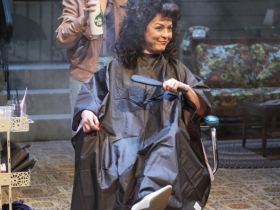 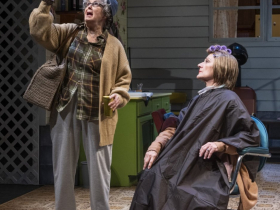 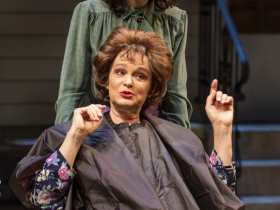