With mask mandates and social distancing phasing out, surge in flu cases expected.

By Diane Bezucha, Wisconsin Public Radio - Nov 15th, 2021 01:08 pm
Get a daily rundown of the top stories on Urban Milwaukee 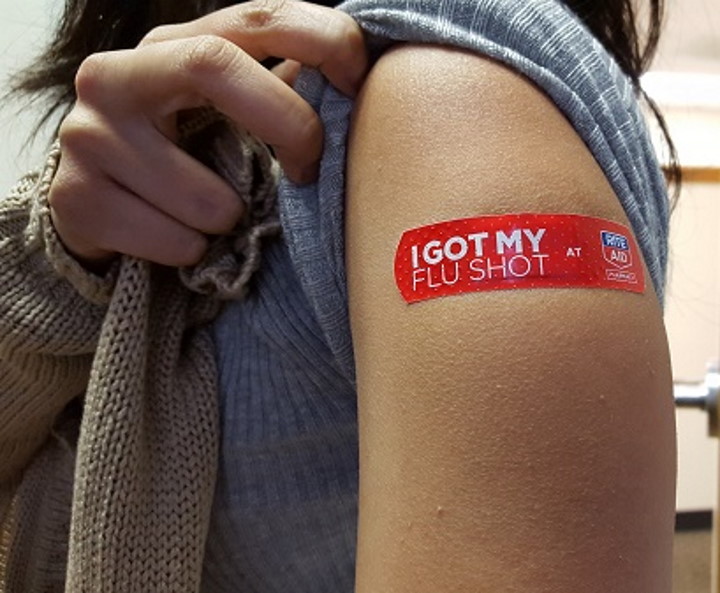 “I Got My Flu Shot.” Photo by Whoisjohngalt at English Wikipedia, (CC BY-SA 3.0), via Wikimedia Commons

Wisconsin health officials are reminding residents to take precautions against the flu. With hospitals still busy with COVID-19 cases, the addition of influenza could be overwhelming.

Tom Haupt monitors the flu virus every year for the Wisconsin Department of Health Services. He said the best line of defense heading into the holiday season is to get a flu vaccine.

“We really want people to be aware that the vaccines will protect you. They will protect you from becoming ill and in most cases, if you do come down with influenza, it will be a very mild illness. You probably would not seek medical care,” said Haupt at a virtual press conference Friday.

As life slowly returns to normal and holiday travel picks up, health officials worry there will be a surge in flu cases.

During the 2019-20 flu season, there were 36,175 cases of the flu, 4,425 of which resulted in hospitalization, and 183 people died from flu-related complications. Haupt said that was a typical year for Wisconsin.

But last year, when mask mandates and social distancing orders were in place, Haupt said the numbers dropped to 100 cases total and only 21 hospitalizations, with no confirmed influenza deaths.

“Last year, there was really no flu season at all,” said Haupt. “So there’s obvious evidence that the masking and social distancing played a role with the reduced numbers.”

But with those precautions no longer in place in many parts of the state, the flu could run rampant this year, which is what has health officials so concerned. Haupt said the flu vaccine is just as important as the COVID-19 vaccine.

“It’s really a combination of both, realizing that there’s always more than one respiratory virus going around and now we’re dealing potentially with two very severe viruses,” Haupt said. “If they both become very high incidence, it could be a devastating year for us.”

Haupt said there is no evidence of negative interactions between the flu vaccine and COVID-19 vaccines, so it is safe to get them both at the same time.

Haupt said children, as well as unvaccinated individuals of all ages, have the highest rates of hospitalization for COVID-19.

“We really are very concerned about the situation with the pediatric population,” he said. “Anybody who has a child under 5 years old, the people around them have to take a little bit of responsibility for themselves to get vaccinated and make sure that the people around those unvaccinated children actually get the vaccine, both for COVID and for influenza.”

Because the symptoms for the flu and COVID-19 are so similar, Haupt said they should be taken seriously. Children showing signs of illness should be tested for COVID-19 and sent home from school.

Wisconsin health officials brace for flu season and urge people to be get the vaccine was originally published by Wisconsin Public Radio.