The Bindery Glues Together Milwaukee Creatives 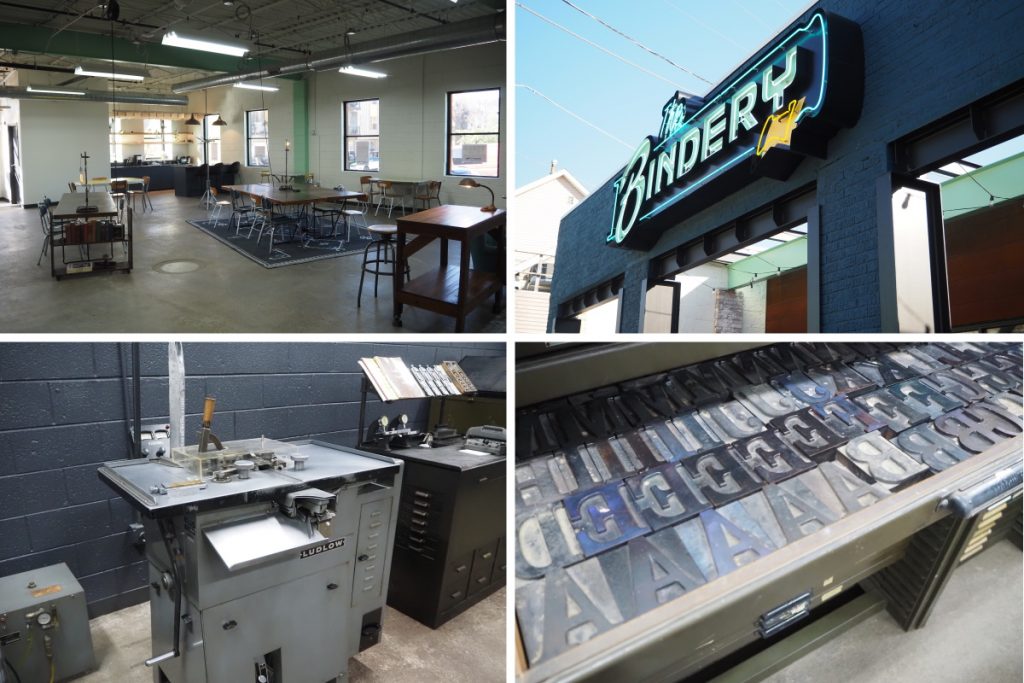 The Bindery. Photos by Jeramey Jannene.

Zachary Lifton didn’t set out to save a book bindery.

But when Lifton got turned around while looking for his car while exploring Bay View, it set in motion a series of circumstances that led to the development of the city’s newest creative hub, The Bindery.

The East Coast native was exploring a move to Milwaukee in 2016 when he encountered the damaged wooden sign outside the Wisconsin Book Bindery, 347 E. Ward St. Lifton wasn’t even sure if the windowless business was operating.

Either way, Lifton, who holds a master’s degree in historic preservation, decided to move to Milwaukee from Philadelphia, thinking the Cream City was just the right size for him.

But he did discover that, yes, the Wisconsin Book Bindery was still in business. Nancy Mack, as the sole employee, was still operating a family business passed down through multiple generations.

“For understandable reasons book binding went downhill,” says Lifton of the digital revolution. “I wrongly assumedly it was an old, abandoned building.”

Through Voyageur Book Shop, located just around the corner at 2212 S. Kinnickinnic Ave., Lifton met Daniel Ehn, who had also recently moved to the city from Seattle. Ehn trained under a master bookbinder in Madison and brought expertise to Lifton’s vision.

Get a daily rundown of the top stories on Urban Milwaukee
“I just got really into ‘how do we save something like this?'” he says.

Lifton decided to launch The Bindery, a modern printing and binding company structured as a benefit corporation, in 2018. He had an aim of buying the building and fixtures from the Wisconsin Book Bindery, but it wasn’t essential to his vision. Adding a physical location would allow The Bindery to offer co-working space for artisans and writers.

But Mack was initially hesitant to sell because of her family’s history with the business. She represented the fourth generation of an operation that could trace its roots back to Chicago. It had been on Ward Street since the 1970s.

As Lifton readily notes, she also could have earned more money by selling to a real estate developer who would place a new building on the site. “She knew her building was really valuable,” he says. But she ultimately accepted Lifton’s offer and sold the property and machines in Dec. 2019 for $415,440.

Lifton, with design partner Galbraith Carnahan Architects and general contractor JCP Construction, was able to transform the space during the pandemic and slowly open.

The end result is an approximately 8,000-square-foot building that offers a modern coworking space in front and a sizable print operation in the back. The one-story building was gutted, the machinery restored where possible and a front patio was created by partially demolishing the structure. A large, colorful neon sign announces the business’s name and function.

“Obviously we are a book bindery, but there is a sense of how we are binding these different services together,” he says.

Membership to the space, starting at $50 per month, includes keycard access to the building and a quiet, professional working environment. Seven private studios are available for an additional fee. Starting early next year, an additional access level will include “makerspace” access to The Bindery’s production space. “We purposely layered access in the building,” says Lifton of trying to only offer people what they need.

The coworking space is targeted at creatives that don’t want to work at home full-time or in a coffee shop. It’s also deliberately not Downtown, and instead located in Bay View, a neighborhood Lifton was drawn to.

The service-providing side of the operation offers a range of “not-a-copy-shop” printing and binding options, including letterpress printing, a Risograph printer popular with zine makers, high-quality laser printing on a modern Xerox machine and a variety of binding services. The company, which counts Ehn and Lifton as its full-time employees and works with a number of local partners, also offers design services and workshops.

“The Bindery has been really good at integrating things that make sense,” says Lifton. That includes bearbear, the husband-and-wife design team of Ben Grzenia and Diana Chu. Diana does design work for The Bindery and Grzenia is a specialist with The Bindery’s Risograph printer.

Why not just run to the local copy shop to print your latest missive? Lifton says customers appreciate that the printing-and-binding operation puts the same level of attention into creating the product as they did.

That’s especially true of the letterpress operation, where individual letters must be aligned to print a page.

“It’s slow and that’s important in such a fast, kind of digital era,” says Lifton.

The letterpress operation relies on Ludlow machines which Lifton has restored. He has two functioning and others in storage, ready to harvest for parts. The machines heat a metal bar to 600 degrees Fahrenheit and can create an entire line of type at one time.

Ehn and Lifton have had to learn how to use or, more importantly, repair the equipment. The entrepreneur credits Ehn as playing an essential role in the operation of the service side of the business. Lifton, meanwhile, is relying on his knowledge from his last job in Philadelphia, founding manager of the CultureWorks coworking space, and his passion for preservation.

But there is a limit to how many print customers want the “soul” that The Bindery produces. Lifton says today that 60% of its business is in repairs. That includes the City of Milwaukee’s Municipal Research Library.

Part of growing the service side of the business includes educating the public about the value traditional printing methods offer. A classroom is included in the space and Lifton hopes to scale up its class and workshop in 2022.

He’s also looking to expand the event offerings at the space. The Bindery has become the home for Milwaukee Zine Fest. Quinn Blackshere serves as the business’s zine program director.

The space is also available for rent for private events on evenings and weekends. Lifton says that likely won’t mean weddings, but does include community events and other gatherings.

The coworking space will also grow its offerings beyond just offering the makerspace. That includes scaling up a retail space to offer materials to makers as well as the products of various coworking tenants. It’s located just inside the front door of the space.

“The vision for the space is much more dynamic than what you see now,” says Lifton. You can follow the progress at BinderyMKE.com. 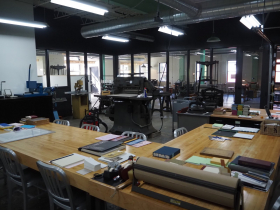 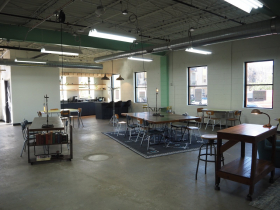 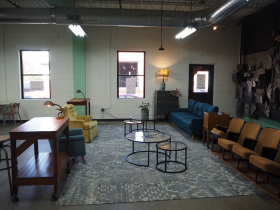 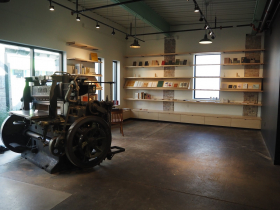 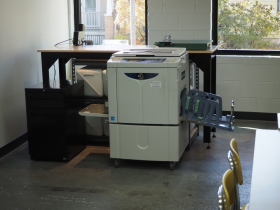 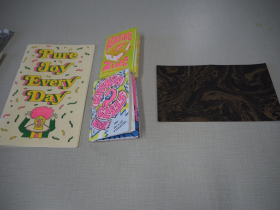 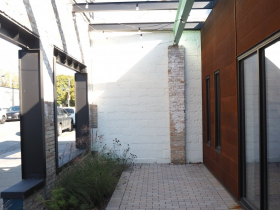 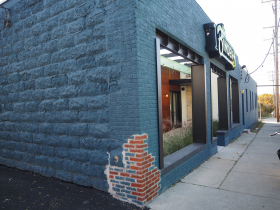 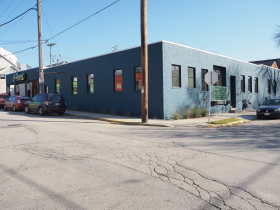 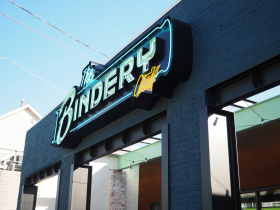