By Isiah Holmes, Wisconsin Examiner - Nov 3rd, 2021 05:11 pm
Get a daily rundown of the top stories on Urban Milwaukee 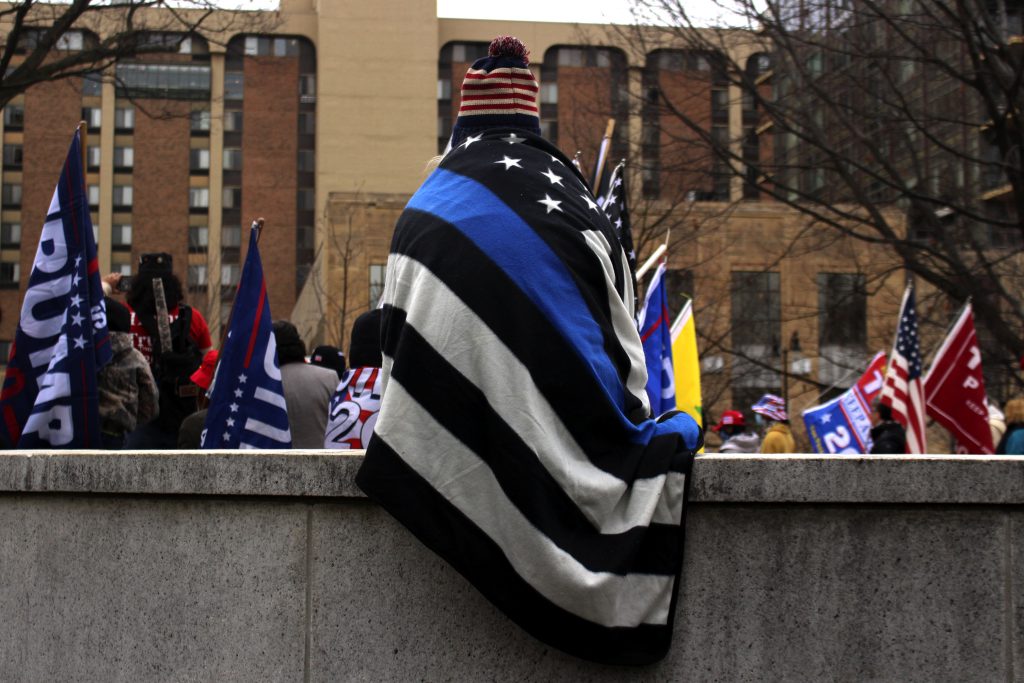 A new bill introduced by Rep. Jonathan Brostoff (D-Milwaukee) and backed by other Assembly Democrats aims to put more power in the hands of journalists and the public to obtain police records. If it were to become law, the bill would expand public and media access to internal investigation records, particularly those involving police misconduct cases.

A co-sponsorship memo has been issued for the bill, LRB-4143, with a deadline set for Nov. 10. So far, the bill is backed by Rep. David Bowen (D-Milwaukee), Rep. Francesca Hong (D-Madison), Rep. Supreme Moore Omokunde (D-Milwaukee) and Rep. Jimmy Anderson (D-Fitchburg). Brostoff says he hopes that the bill will lead to greater transparency and accountability in law enforcement.

“We’re starting to see more and more articles coming out that are proving exactly why a bill like this is needed,” Brostoff told Wisconsin Examiner. “The point is that we need to basically increase the level of transparency and accountability. And especially if there are intrepid investigative journalists who have access to this information, it’s a lot easier to start to develop an understanding of patterns. And if there are law enforcement officers acting egregiously, catching that early and making it known, and making sure that there could be some accountability there.”

The bill creates a number of requirements for Wisconsin’s public records laws, making certain records eligible for public disclosure without prior notice to the record subject. These records can include reports or investigations involving the discharge of a firearm by a law enforcement officer, incidents where use of force resulted in death or great bodily injury, records pertaining to sustained findings of sexual assault by officers, records detailing sustained findings of excessive or unreasonable force, to name a few. Records involving questionable and discriminatory written or verbal statements by officers could also be included, as well as any record relating to an unlawful arrest or search.

Additionally, the bill provides protections for victims, complainants, witnesses and whistleblowers. Similar legislation passed elsewhere in the country has resulted in an enrichment of investigative journalism in those regions. One prime example is the California Reporting Project, which is a news gathering collaboration that depends on requesting and analyzing records from law enforcement agencies. The project was created in 2018, after legislators passed the “Right To Know Act” that same year. The act took a sledgehammer to secrecy surrounding internal police investigations, sometimes called the blue wall of silence. NPR and its San Francisco Bay Area affiliate KQED  launched a similar project based on California’s new access to police records called On Our Watch.

Following the murder of George Floyd by Minneapolis police and the ensuing protests last summer, Wisconsin Examiner launched the Local Policing project which has reported on various policing issues including U.S. Marshal units that were deactivated in Portland, Ore. and sent to Kenosha and camaraderie between law enforcement and armed right-wing militias during Kenosha’s unrest. Some of that evidence was recently referenced in a new lawsuit brought by a protester who was shot during the incident involving Kyle Rittenhouse.

The Examiner also confirmed the existence of a protester list kept by Wauwatosa police that included Brostoff, Bowen, lawyers and an Examiner reporter. Other requests determined that the department created a separate “higher value target” list, which included the city’s own mayor. Wauwatosa PD launched an internal investigation into the higher value target list and disciplined the officer responsible. Internal records also showed what happened to the phones of protesters seized by Wauwatosa PD. Other records requests shed light on a Google groups that numerous Milwaukee County law enforcement agencies used to coordinate and share intelligence during the protests last year.

A recent records request to  the Kenosha Police Department, cost more than $600 and took several months. Last year, Wauwatosa PD’s union president made comments that suggested the department deliberately increased the costs of records requests to frustrate people requesting information about former officer Joseph Mensah, whose three fatal shootings over a five-year period fueled protests in the suburb. In response to a request for video from Milwaukee PD surveillance vans utilized during Wauwatosa’s curfew last year, MPD’s open records office denied the request claiming the department didn’t assist in the curfew. This was later determined not to be accurate.

Some Wisconsin news outlets have used open records requests to shed light on the issue of job-hopping among police officers. Those revelations compelled Moore Omokunde to introduce a bill on the issue. Obtaining records is critical to  journalistic investigations, but barriers and obstruction can impede the effort.

Brostoff points to “the thin blue wall of silence” — stonewalling by police who seek to protect each other from scrutiny. He argues that “the fact that that exists alone is reason enough for a bill like this.” He emphasizes that, “it should be the opposite. Instead of covering up for corrupt cops, other police [should be] actively rooting them out of the system. But a bill like this will help with the transparency, and help with the accountability, and help with applying more public pressure to outing people who are engaged in these egregious behaviors and corruption.”

“We’ve already seen how well this sort of thing can work in California, and what it can do for investigative journalists who historically have been seen as the fourth branch of government. … We need to make sure the tools are available to do that correctly.”

When it comes to uncovering and addressing police misconduct, Brostoff tells colleagues, “Every day that it’s not getting better it’s getting worse.”

New bill would grant more access to police records for journalists and the public was originally published by the Wisconsin Examiner.