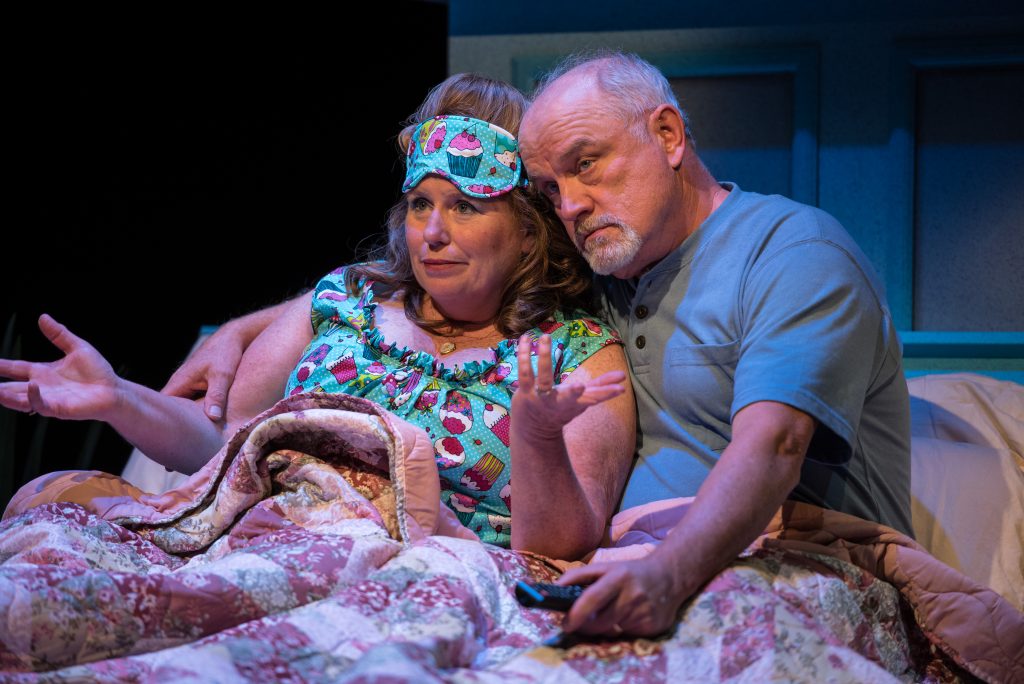 Are we doomed to split audiences apart in our political gridlock, lost in a sea of partisan divides about same sex unions, biblical upbringings and defiant black activists who can’t, like their white counterparts, see any way through the morass? Throw in the modern debate about healthier fat-free foods versus unhealthy, but ever so tempting sweets, and we clearly can’t get together across this diabetic divide either.

Playwright Bekah Brunstetter stole a rather silly story from the news headlines that was splitting the country apart a few years ago — a confectionery refusing to make a wedding cake for a same sex couple. Brunstetter fictionalized it, subjected it to many workshops and showcases and found a lively comedic-dramatic framework for good actors not only to reach into the divide but find ways through it.

Not solutions. Not an endorsement of Rodney King’s fairly simplistic “Can’t we all just get along?” But a gluten rich pathway through the debates, philosophically light as a feather cake but a dreamy confection nevertheless, helped amusingly by a slightly pink use of squares and pullout boxes by scenic designer Steve Barnes in this production by Renaissance Theaterworks (through November 14)

The first step in The Cake is to make the baker appealing in her sugary beliefs and discomfort over lesbianism, modern young people and their scorn of her traditional lifestyle. Della is in the capable hands of actress Tara Mallen who relishes the prattling ways, the frozen grin when facing someone she disagrees with, and the open feelings of a genuinely caring woman who believes in her North Carolina values.

When quite indirectly an old family friend forces her mind to open a bit, Mallen goes straightforward after how Della questions her own marriage – even attempting sexual allure after long absence – and seeks in her own way to understand the divisions. Her solutions are mainly comic in timing and purpose but the actress always works for a huggable human moment.

She is well balanced by actress April Paul as Jen, the would-be bride determined to marry her North Carolina upbringing to her new lifestyle, clearly torn by sympathy for honorary aunt Della and love for her black life partner, who is poised but ferocious in not understanding the pull of Jen’s past. That partner, named Macy, is well and confidently played by Courtney Marie Tucker, but I was more impressed by how Paul brought off some tough scenes of internal conflict and blistering anger.

Sam D. White has some funny moments in the script as Della’s redneck husband, whose wife’s rebellion forces him to be more open, and the play goes for surreal humor with the frequent device of a booming anonymous voice playing the host of a TV baking show Della wants desperately to be a part of — a voice that suddenly changes into calling her a bigot or a trollop for behavior unfolding in the play.

Normally such an artificial device could destroy the mood of the play, but director Susan Fete has done strong work to anchor the cast in true moments while letting the comedy and surreal elements come along for the ride. The actors, though forced to maintain the personalities through too many changes, actually bake The Cake quite well. So we gladly suspend any dubiousness about the plot we might have felt. 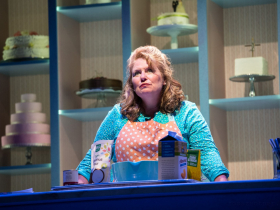 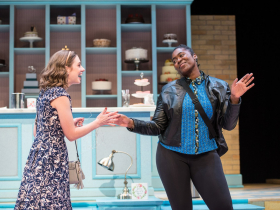 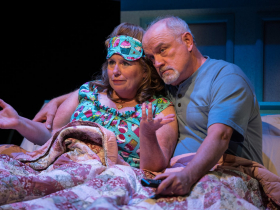