'They had full and complete access’ to election records, says Milwaukee County Clerk.

By Laurel White, Wisconsin Public Radio - Oct 27th, 2021 11:21 am
Get a daily rundown of the top stories on Urban Milwaukee 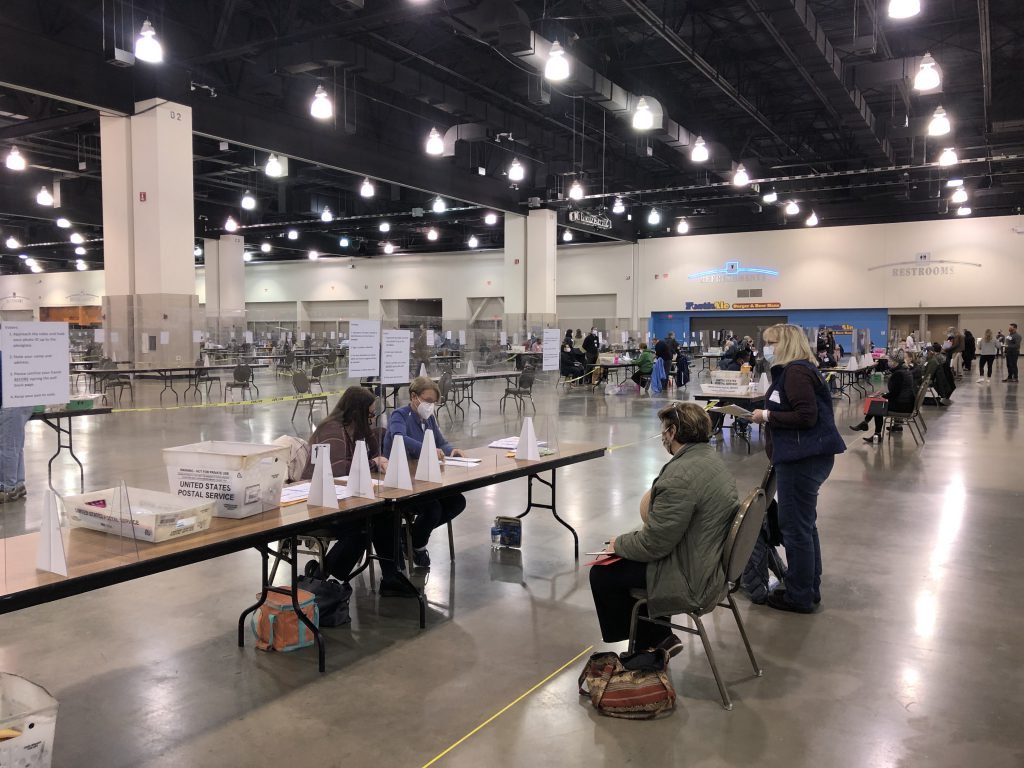 Officials in Milwaukee and Madison are pushing back on a new Republican-backed investigation into Wisconsin’s 2020 election, saying it mischaracterizes their actions during a previous election inquiry and attacks local governments for following a federal election law.

Meanwhile, GOP leaders say the communities violated state law during the previous election review and a follow-up investigation is warranted.

The new investigation, launched by the GOP-controlled state Senate on Monday, is a direct response to another election investigation, which was conducted by the Legislature’s nonpartisan Legislative Audit Bureau. The audit bureau released its findings, which found no widespread election fraud, last week.

However, the audit bureau report said that during its months-long investigation Milwaukee County officials “indicated we would not be able to handle ballots” and that Madison officials “did not allow us to physically handle election records.”

Republicans were quick to decry that, saying lawmakers needed to launch a follow-up investigation into the denial of access. The state Senate’s elections committee will handle the inquiry.

“All of the other municipalities that accommodated the request of the Legislature Audit Bureau, they can’t all be wrong,” she said.

However, officials in Milwaukee and Madison argued on Tuesday that they didn’t deny access to the documents and were following federal law related to custody of election materials.

Madison City Attorney Mike Haas said city officials there offered to allow auditors to see ballots, as long as they didn’t physically handle them. Under the offer, city workers would have shown auditors the ballots.

Haas argued that should have been sufficient for investigators.

Haas also noted auditors could have looked at physical or electronic copies of the ballots.

In a letter released to the audit bureau during the investigation, Madison City Clerk Maribeth Witzel-Behl said her office denied auditors physical access to the ballots because of guidance from the U.S. Department of Justice regarding custody of election documents.

The guidance, which was released in July, says federal law requires state and local election officials to retain custody of election-related documents for at least 22 months after Election Day in case federal investigations of potential voting rights violations are necessary.

“While I do not question the integrity of your staff and ability to handle sensitive records, I cannot in good conscience take the risk that ballots or other election records will be inadvertently altered or damaged if we allow them to physically handle records,” Witzel-Behl said in the letter. “I also cannot put my staff in the position of not strictly complying with the law and potentially being responsible if something goes wrong.”

Bernier argued on Tuesday that state law regarding audit bureau access to records should trump the federal guidance.

“We have lots of lawyers in our world, and they all have differing opinions,” she said. “I think it’s important to allow the legal authority of the Legislative Audit Bureau, which is (in) Wisconsin statute, to do what they need to do in order to provide information to the Legislature in regard to the administration of elections.”

Bernier said she didn’t have a timeline for her committee’s investigation, but hopes it will be complete by the end of the year.

In addition to the audit bureau’s finding that there was no widespread voter fraud or problems with voting machines during the election, the new inquiry comes after Wisconsin has completed a series of routine state election audits and a presidential recount in the state’s two largest counties. None of those reviews have uncovered widespread fraud or wrongdoing either. There have also been numerous Republican-backed lawsuits in the state, all of which have failed to result in findings of wrongdoing by election officials or voters.

One thought on “Milwaukee, Madison Officials Push Back on GOP Election Probe”