‘Stew’ mixes a Black family’s conflicts and musings on Shakespeare, with uneven results. 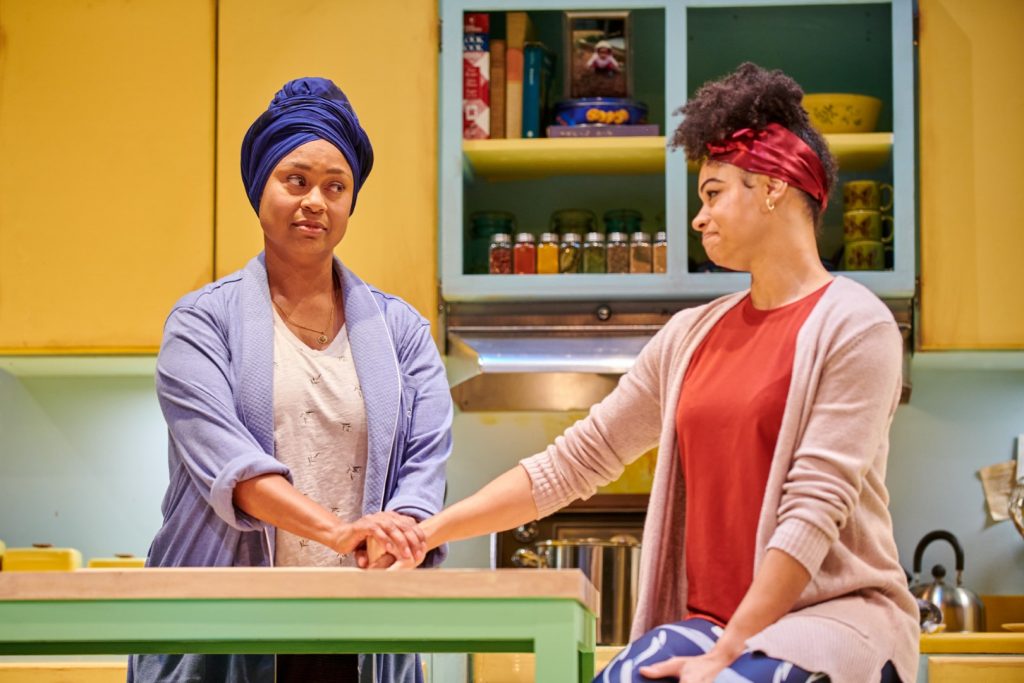 Maybe it’s the audience need — after a pandemic plagued year that is not done yet — for familiar places and recognizable characters to dominate the first dramas offered by Milwaukee theater companies returning to live audiences. It’s certainly not a coordinated theme. But it’s there, whether an African American family kitchen, a Southern hair salon or a friendly bakery, places we all recognize and conflicts either fresh from the headlines or wrapped in family conflicts among generations.

The last – family conflicts among three generations trying to make Mama’s famous stew for a church gathering — is the motor behind Stew, moved to the bigger Cabot Theatre of the Broadway Theatre Center by the Milwaukee Chamber Theatre as its first live seasonal offering for its audience. Unlike the Skylight, which had just occupied the Cabot and also insisted on total vaccination from the masked audience to be seated without distancing, the Chamber Theater has imposed half-house seating along with proof of vaccination. But that may also have something to do with the size of audiences drawn to dramas as opposed to musicals.

Stew, staged through November 7, is worth sampling. Zora Howard’s little-known play, done in New York by a non-profit off-Broadway, may try too much, but has scintillating explosions of drama and comedy. In fact, the play is far better than the actors engaged for the production, since a usually fine director, Malkia Stampley, has not forced the humanity under the stereotypes to push to the foreground. Given her track record, I’d like to believe she is still pushing the largely young cast toward such depth.

The play dwells on the milieu of African American families, the wonderful tendency to talk and yell over and past each other as they dash or laze about the kitchen, and the way offspring and their own offspring signal irritation at the religious dictates of the bossy Mama — all while making or throwing away the stew Mama has started cooking, in between her sneaking out of the kitchen for a cigarette.

The concept and some of the individual two-handers among Mama, her oldest married daughter hiding a secret, her young daughter hiding a bad secret at age 17 and the interplay with the granddaughter known as Lil Mama offer possibilities at intriguing drama.

Except the actresses are playing generalities rather than real people and seem to be exaggerating the traits they have observed in people younger than they are or more removed from their own lives.

As Lil Mama, Malaina Moore overdoes the posturing as a gawky irritable adolescent. As Lillian, the oldest daughter who is also Lil Mama’s mother, Krystal Drake relies on some thrust-jaw postures of interacting and then histrionic over-the-top explosions when her unhappiness is revealed. As the 17-year-old daughter Nelly, Sola Thompson overplays the sassiness and rebelliousness of the character while the script suggests some solid values underneath.

The biggest role and biggest crowd pleaser is Olivia Dawson as Mama, singing to herself at one point and laying down the law at others, preaching common sense, the Bible and Stanislavsky as the occasion demands and yet forced by the story to reveal a deeper understanding of her temperamental brood. Dawson doesn’t always connect the moments for us into one complete character, but she is enjoyable to watch.

The play also has fun with Shakespeare, as the characters offer impish or surprisingly insightful advice on Richard III, one of the devices playwright Howard uses to deepen our viewpoints of this family aside from the time in the kitchen. You could argue that she tries too many changes in mood (including an ending where we fear a drive-by shooting has just happened). But I was more concerned that the actors tended to go overboard on the key moments without pursuing a rounded vision for each character. 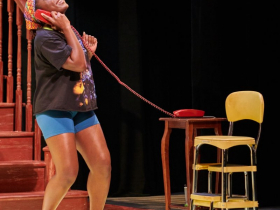 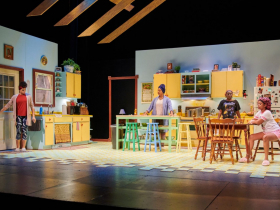 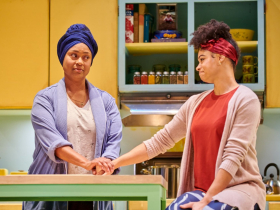 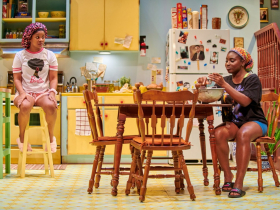 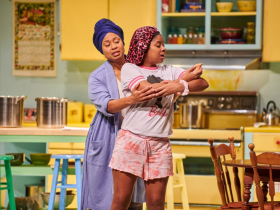 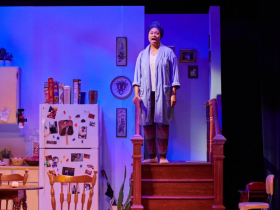