By Rich Kremer, Wisconsin Public Radio - Oct 20th, 2021 10:52 am
Get a daily rundown of the top stories on Urban Milwaukee 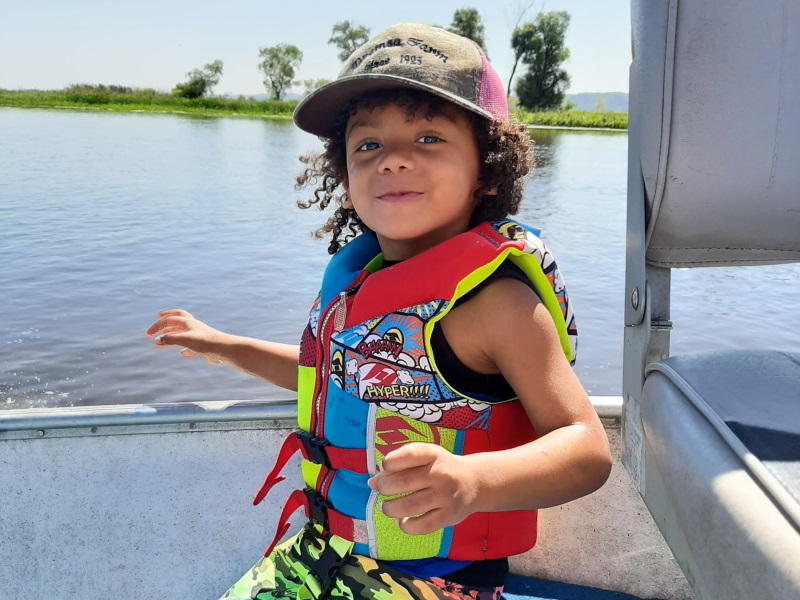 This undated photo shows, Major P. Harris. Milwaukee police are searching for Harris, a 3-year-old boy after his mother was killed and the man who was a person of interest in her slaying was found dead from an apparent self-inflicted gunshot wound. Photo courtesy of the Milwaukee Police Department.

A 3-year-old Milwaukee boy who is the subject of a statewide amber alert after his mother was found murdered is still missing, according to the Milwaukee Police Department.

Officers at the scene were unaware that 3-year-old Major was in Muenzenberger’s care, and only found out after contacting her family to inform them of her death, Formolo said.

Upon learning about Major, a statewide Amber Alert was issued for the boy Saturday and remains active. Police described him as a Black male around 3 feet tall and weighing 40 pounds. He was last seen wearing a dark blue T-shirt with a small pocket on the left side, navy blue Nike basketball shorts and no shoes.

Formolo said evidence at the scene led investigators to name 20-year-old Jaheem Clark, of Milwaukee, as a person of interest in Muenzenberger’s murder. Evidence shows the two were acquaintances.

On Sunday, officers went to a home in the 5400 block of Milwaukee’s North 41st Street to check for Clark, said Formolo. Shortly after officers arrived, gunshots were fired inside the home, he said. Police entered the home and found Clark dead of an apparent self-inflicted gunshot wound. He was declared dead at the scene.

On Monday, police recovered a black Chevy Equinox in Milwaukee that was listed as a vehicle of interest in Saturday’s Amber Alert. Formolo said the vehicle was Muenzenberger’s and investigators collected evidence from it.

“We did find a quantity of blood in the vehicle,” said Formolo. “Obviously, that is the evidence that we have out to (a) Wisconsin regional crime lab and I can’t say where that would have originated from. But hopefully they’ll be able to give us some answers in the coming days.”

“As a law enforcement official, as a father, I am bothered that we have not found little Major yet,” said Norman. “We need information to assist us as we further this investigation. We need the community’s help.”

During the press conference, Formolo was asked whether police believe the child is alive, to which he said, “We sure hope that Major is alive.”