It’s Trump country but many are rallying to donate food, clothing, household goods. 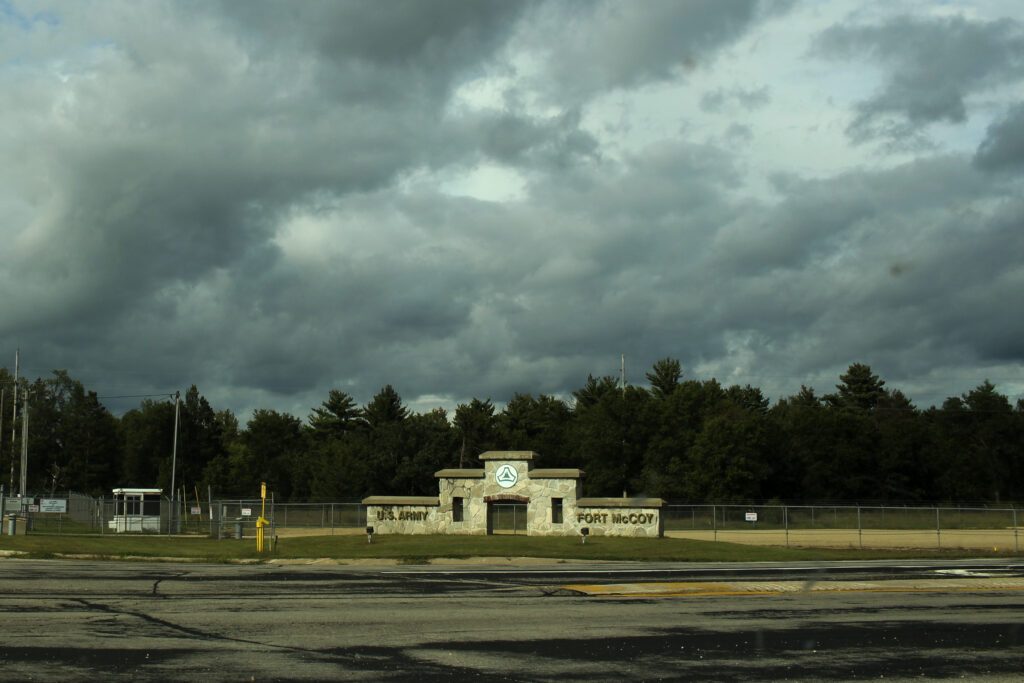 On the highway between Fort McCoy — where thousands of Afghan refugees have been temporarily living for the last month — and the city of Sparta, a hand painted sign in blue and white says “Fuhrer Biden,” except the “i” in Biden is a swastika.

The two communities next door to  the U.S. Army base, Sparta and Tomah, voted 52% and 57% for Donald Trump in 2020. Monroe County as a whole went 61% for Trump. Just 41% of the county is fully vaccinated and neither of the cities have surpassed 50% vaccination, according to state health records.

Meanwhile, Republican lawmakers across the country and Wisconsin are sharing fears that the Afghan refugees — most of whom were American allies during the 20-year war in the country — are dangerous.

A Montana congressman said on Twitter last week that he was “strongly opposed” to 75 Afghans being resettled in his state. After visiting the base last month, Sen. Ron Johnson expressed concerns about the process used to vet the Afghans before they came to Wisconsin.

Yet despite the political and historical forces swirling around the base, and the political leanings of the area, when an expected new population of more than 13,000 moved in next door between the two cities of about 9,000, the response was — mostly — what could local residents do to help.

“I think there’s a lot of questions and there aren’t a lot of answers right now,” says John Stuhlmacher, who runs operations for Team Rubicon, the organization responsible for coordinating the distribution of donations on the base. “That’s normal that people would have questions. A new community just popped up between two communities larger than the ones there before. What we’ve seen is support and they want to start this off correctly.” 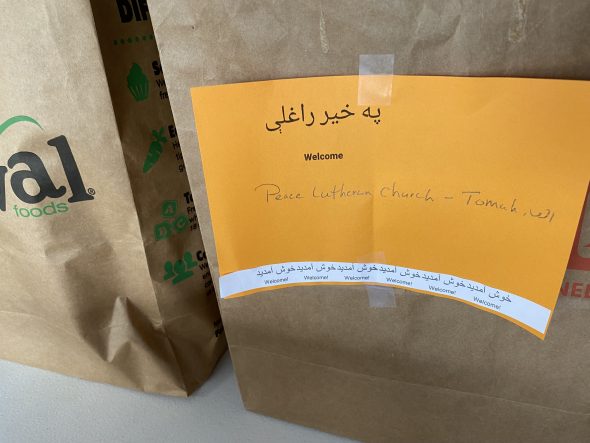 Resettlement supplies gathered by members of Peace Lutheran Church set to be shipped to Milwaukee. Photo by Henry Redman/Wisconsin Examiner.

Community members say there have been some negative comments on social media, but mostly people have been rushing to donate what they can and volunteer to welcome their new neighbors to the region.

“I’m not going to say there haven’t been any negative responses from people,” Dawn Lindberg, pastor at Peace Lutheran Church in Tomah, says. “There are those that wonder why we would help them. As my role as a pastor, one of my roles is to remind people that we are called to love and serve others. We love and serve our God and we love and serve others. And no matter who those others are — they’re our neighbors down the street, but they’re also our neighbors across the world — that’s what we’re trying to do as best as we can, is to care for them and to serve them.”

Members of Lindberg’s church have been donating household goods to support the Afghans when some of them are eventually resettled near Milwaukee. A meeting room in the church is full of boxes and bags full of pots and pans, cleaning supplies and other necessities.

Fort McCoy has a long history of housing refugees, and Lindberg says she hopes people in the surrounding communities see that as a positive reflection on where they live — without giving into fear of the unknown.

“We have a history of welcoming refugees before,” she says. “For some people that paints a negative picture, others see that as a positive thing. So I think in Tomah, there is a struggle. And yet how do we continue to push forward with caring for others? And how do we share that message over and over and remind people that they are people, too, just like us? And they desire safety and comfort and care just as we do?”

“I don’t think there’s easy solutions, but I think the more we can share our own experiences, positive experiences, I hope the more we can break down those barriers that keep us from caring for others,” Lindberg adds. “The hatred, the violence, the things that are so easy to grab onto and yet I don’t think that’s what we’re called to. Yeah, so there’s work to be done, no doubt about that and educating and learning more and growing. But I hope, I hope we’re moving in that direction.” 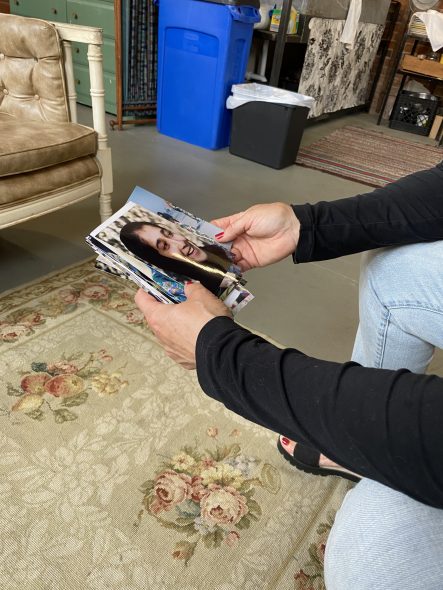 Judy Donaldson looks at pictures of her 2003 trip to Afghanistan. Photo by Henry Redman/Wisconsin Examiner.

Since the Afghans arrived last month, Judy Donaldson has hardly stopped moving. She helped start a Facebook group to coordinate donations and the community’s response, she’s worked to educate her more skeptical neighbors — constantly reminding herself that she lives in an “incredibly generous” community.

Last Tuesday, Donaldson was shifting back and forth between excitement and frustration.

That morning, La Crosse TV station News8000 reported that Afghans had been forced to wait hours in line for scraps of food while others were going hungry. Later, the Wisconsin State Journal reported that many of the people now living on the base didn’t have spare clothes, and were forced to wear the same underwear they’d left Afghanistan in day after day.

A Fort McCoy spokesperson has said the lack of food was caused by “supply chain issues” that have now been resolved. U.S. Reps. Gwen Moore (D-Milwaukee) and Ilhan Omar (D-Minn.) have requested an investigation into the “possible mistreatment and/or neglect” of Afghan refugees at the base.

Stuhlmacher says it’s been a challenge to coordinate all the donations flooding in and get what is needed onto the base, but the generosity of the community and Wisconsin at-large has been incredible.

“It’s a lot all at once,” he says. “Getting all of the stuff, mainly what we’re handling is clothing, they can only evacuate in the clothes they’re wearing. [They need] multiple sets of new, clean clothing so they can change clothes and maintain their dignity, it’s a logistical lift getting multiple sets of clothes for 12,000 people. You need three t-shirts for everyone, so 36,000 shirts, 36,000 pairs of underwear. Getting it in, getting it sorted, making sure it’s appropriate culturally and getting it distributed. Working with the Department of Defense, Department of State, the state of Wisconsin, Monroe County, it’s really a total community response to be able to handle it.”

But Donaldson, who traveled to Afghanistan in 2003 to work with an aid organization, had also just heard the news that volunteers would be allowed onto the base to help set up sewing centers for women and playrooms for children. After itching to get on base for weeks, she was finally going to be able to go directly help the people who just moved in next door.

Community members say Fort McCoy’s status as a place that can handle so many people when they need help is special to them, and they need to make sure the nearby cities put their best foot forward.

“It’s a unique honor seeing Fort McCoy as a place that can handle, really, a humanitarian crisis and welcome people,” Lindberg says. “And from people who are on base that I’ve talked with, they’ve been nothing but impressed with how well it has been handled. And there are definitely hiccups, of course you can’t bring 13,000 people — we don’t have 13,000 people in our town — without there being hiccups, but I really think it’s been handled well. And I think we’re still Tomah and Sparta. And I hope that it gives us the opportunity to be the best that we are.”

Donations of new clothing can be made at Salvation Army locations across Wisconsin.

Communities near Fort McCoy work to welcome Afghan refugees was originally published by the Wisconsin Examiner.