Railroad Merger is a Win for Milwaukee, Southeastern Wisconsin

The Port of Milwaukee could again become intermodal shipping hub, now with direct access to Mexico. 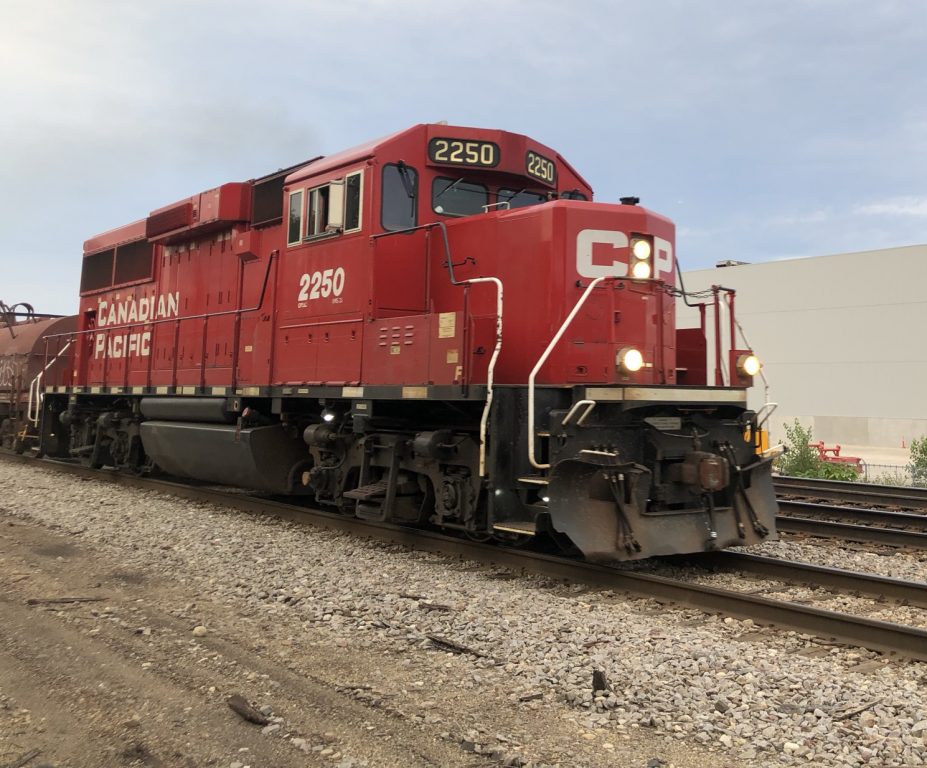 A Canadian Pacific locomotive in Milwaukee. Photo by Jeramey Jannene.

The end result of a bidding war for the Kansas City Southern (KCS) railroad is expected to be a boon for the Milwaukee area. The $31 billion merger between Canadian Pacific (CP) and KCS would create the first railroad that directly connects Canada, the United States and Mexico.

“We’re really thrilled to see that this is happening,” said Port Milwaukee director Adam Tindall-Schlicht in an interview. CP directly serves Milwaukee’s port already, but the merger opens direct access to Mexico and, in turn, makes the port a viable rail shipping hub for a host of potential customers that might never use its maritime facilities. “It’s a major development that is coinciding at the perfect time for our port.”

“This opportunity will I believe create new incentives for CP to look at smaller ports like Milwaukee and offer intermodal service,” said Tindall-Schlicht. The intermodal facility would serve existing port customers as well as new businesses, particularly those that need access to shipping containers. The primary connection would be moving shipping containers between trucks and trains. “In order to find an empty container, wherever your facility is in the state of Wisconsin, you either have to go to Duluth, Minneapolis or the largest intermodal terminals in Chicagoland.”

Supply chain issues on an international level have been attributed, in part, to a shortage of empty shipping containers in the right locations. An intermodal terminal at Port Milwaukee would help address that gap and lower costs for Wisconsin shippers.

Canadian Pacific closed its prior intermodal terminal at the port in 2012. But Tindall-Schlicht, who joined the port in 2018, said the business climate and merger make it more likely to come back.

Without laying a new mile of track, the combined entity will now be able to seamlessly move cargo from Milwaukee to Mexico from a customer perspective. “The [railroads] have historically not cooperated. To move freight from one rail line to another…. has been cost prohibitive for customers throughout the continent,” said Tindall-Schlicht. He said he expected rates to drop even before the merger is completed or a new intermodal facility opens.

Get a daily rundown of the top stories on Urban Milwaukee
But the merger almost didn’t happen. Canadian National (CN), which doesn’t have direct access to Milwaukee, outbid CP’s original $29 billion bid by $4 billion in April. But the U.S. Surface Transportation Board effectively killed the deal by refusing to put KCS into a voting trust. CP also increased the cash value of its offer. Port Milwaukee was one of 405 entities to submit a letter to the transportation board in favor of CP’s bid.

CP and KCS are the smallest of the seven Class I freight railroads in the U.S. and don’t have substantial network overlap. The combined companies would remain the smallest Class I railroad. CN, meanwhile, is the fourth largest Class I railroad, already serves markets that KCS does and would become the third-largest railroad when combined with KCS.

The railroads envision $820 million in annual revenue growth in new traffic opportunities and $180 million in cost and efficiency savings. CP and KCS are expected to formally file for merger approval in October.

CP owns the busy mainline that bisects the City of Milwaukee, running through the South Side, Milwaukee Intermodal Station and West Side. It acquired the line, including the Muskego Yard in the Menomonee Valley, through a series of acquisitions that can be traced back to the Milwaukee Road.

The port is served by both CP and Union Pacific (UP). CP sends trains to the port five days a week and UP between three to five days per week said the port director. “Union Pacific and Canadian Pacific are both valued customers,” said Tindall-Schlicht.

Tindall-Schlicht noted that the port is already a viable non-maritime transportation hub and gave the example of the mass timber for the Ascent apartment tower. The lumber, which arrives in shipping containers from Austria, clears customs in Chicago and is staged at the port of Milwaukee before being delivered in a just-in-time fashion to the construction site.

Port Milwaukee has invested almost $10 million in recent years to improve the track network it owns on the 467-acre port. “In 2021 we have fixed six of the rail crossings, 5,000 feet of track and seven rail turnouts,” said Tindall-Schlicht.

A small yard will be developed as part of the DeLong Company‘s intermodal facility. A groundbreaking on that $31.4 million project, the largest port investment since the St. Lawrence Seaway opened in 1959, is expected in October. Michaels Corp. and Komatsu Mining are also making investments in new facilities in the port of Milwaukee.

CN has the most extensive presence in Wisconsin of any railroad, but much of its network is concentrated in the northern portion of the state. It has a north-south line through Waukesha County and a line that connects with the Wisconsin and Southern Railroad line on the city’s Far North Side near W. Mill Rd. and N. Teutonia Ave.

“The CN proposal would have been a direct benefit to northern Wisconsin,” said Tindall-Schlicht, who serves as president of the Wisconsin Commercial Ports Association.

The Wisconsin Department of Transportation maintains a map of Wisconsin’s railroad lines.