Skylight Gives Us ‘The Full Monty’

Acclaimed musical comedy where unemployed steelworkers give and show their all ran two years on Broadway. 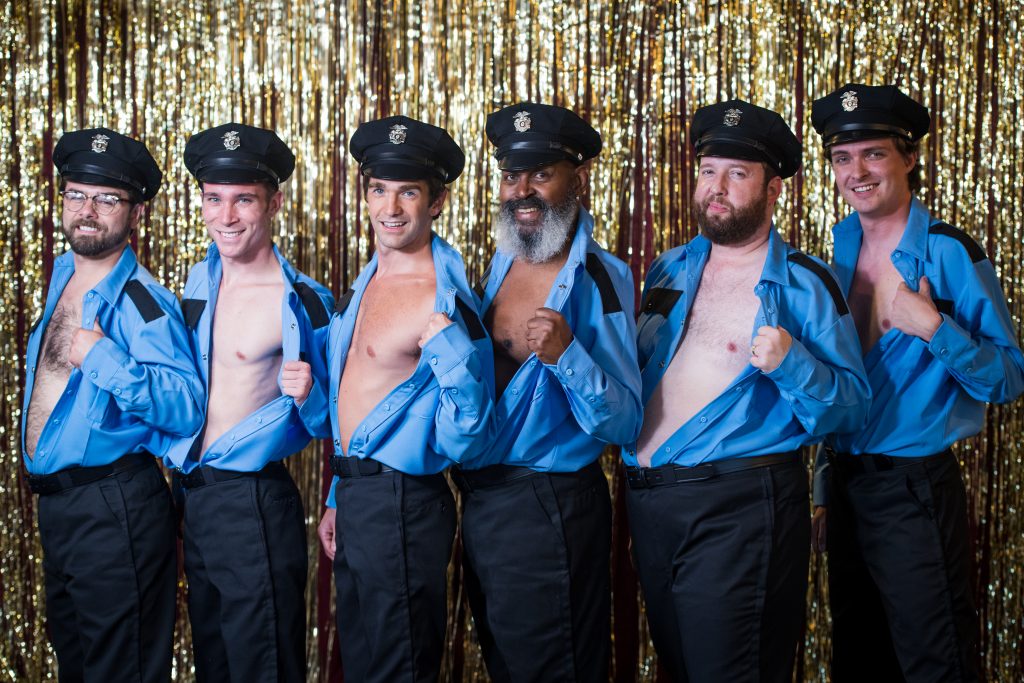 If you’re out of work, going broke, and embarrassed to be on the dole, what are your options? The Full Monty is a musical adaptation of a popular 1997 movie of the same name. Although the stage play takes the action from Britain and pops it down in Buffalo, New York, the themes of this show remain the same.

It’s the story of the desperate journey of six unemployed steelworkers trying to hold on to their dignity by pursuing an opportunity in show business. In their case, since they have no trained talent in any phase of performance art, they decide to get into show business by showing their business, forming a troupe of male striptease performers.

This show, despite the occurrence of one brief display of nudity, is basically for laughs. The story revolves around a lengthy self-deprecating examination of men, their egos, and their values being challenged at every turn. The show was a hit, running for nearly two years, and was nominated for a raft of Tonys, winning for Outstanding Music.

The book is by Terrance McNally, songs and lyrics by David Yazbek, and directed by James Gray.

McNally, often referred to as “the bard of American Theater,” spent his career writing thoughtful and moving plays and musicals that depicted the state of the human condition. McNally, who died of COVID-19 in March 2020, was is the recipient of five Tony Awards and perhaps his highest honor, was installed as a member of the American Academy of Arts and Letters.

Composer and lyricist Yazbek started his musical career at Brown University and as a journeymen theatrical performer and musician. He worked for a time on the Emmy award-winning team of writers for the David Lettermen Show. After which he began a career as a musician and jingle writer. He’s written background and theme music for children’s shows. The most notable might be the theme for “Where In The World is Carmen Santiago?”

Besides The Full Monty, his Broadway contributions include Dirty Rotten Scoundrels, Woman On The Verge Of A Nervous Breakdown, The Bands Visit and Tootsie.

Gray, who directs and choreographs this production, is making his Skylight Music Theatre debut. In the past, he’s worked on Broadway productions of The Producers, Young Frankenstein, and Bullets Over Broadway.

Gray feels that the themes of this musical are a great way to welcome live audiences back to the theater.

The Full Monty, September 24 to October 17, at the Skylight Music Theatre, 158 N. Broadway. For tickets Phone 414-291-7800 or check online at tickets@skylightmusictheatre.org