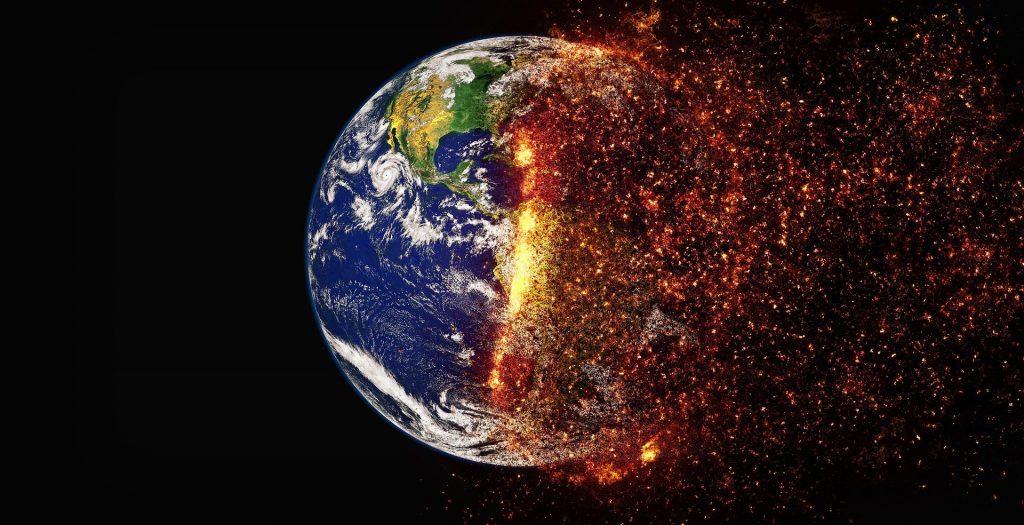 The latest report from the United Nations Intergovernmental Panel on Climate Change (IPCC) reiterated what we already know: We need to be taking swift, bold action to address climate change. If we don’t, the consequences are dire.

The report called it a “code red for humanity.” While Gov. Tony Evers and President Joe Biden have committed to action on climate change and are taking steps to move forward, energy companies are moving forward with proposals to build much more fossil fuel infrastructure.

We’re at a crossroads. We can continue our path towards progress. Half of Wisconsin’s coal plants were slated for retirement in the span of a little over a year and we’ve seen tremendous amounts of clean energy come online. We can continue moving down this road. Or we can allow companies to greenwash their fossil fuel projects as “cleaner” while they are actually locking us into a climate catastrophe.

Choosing clean energy over fossil fuels isn’t a novel idea. Utilities around the country are doing it and right here in Wisconsin, our own Alliant Energy is doing it. After announcing plants to shut down their last two coal plants in Wisconsin, they have announced plans for huge investments in clean energy, especially solar.

However, most are ignoring Alliant Energy’s lead. There are several new proposals that double down on the fossil fuels that got us into this mess in the first place.

Water protectors, led by indigenous women, are actively fighting to protect the land and water as well as treaty rights. Over 700 people have been arrested on the frontlines. If successful in getting Line 3 constructed and pumping oil, Enbridge is likely to pursue another pipeline through the heart of Wisconsin.

At the same time, Enbridge is digging its heels in to do everything it can to invest more money in the decrepit, 68-year-old Line 5 pipeline that goes through northern Wisconsin and the Straits of Mackinac.  Currently, it is violating the Michigan order to shut down the pipeline, trying to force the Bad River Band of the Lake Superior Chippewa to host the pipeline, and asking the Evers administration for permission to build an expansion of the pipeline.

On the surface, these various proposals may seem really different, but they have a lot in common. They are expensive, irresponsible, hurt our communities and are bad for the climate.  Communities near fracking and tar sands extraction zones face high rates of water contamination, air pollution and cancer.

Pipelines jeopardize major waterways and wild rice, an important cultural resource for Ojibwe Tribes. High electricity rates hurt those already suffering the most.  Some Black, Latinx and Hispanic neighborhoods in Milwaukee suffer from energy burden (the percentage of your income that goes to electricity bills) at rates double those of white neighborhoods. We also know that communities of color will suffer the worst from climate change. The most absurd commonality? All of the companies proposing these projects have said they are good for the environment!

These proposals do the opposite. Last year, the Governor’s Task Force on Climate Change affirmed this fact, stating that “avoiding fossil fuel infrastructure is one way to prevent a carbon lock-in, where policies, infrastructure, and investments made in the past or present commit us to high-carbon emissions in the future, even when alternative technologies are available.” The report also recognized “the continued placement of infrastructure adjacent to Indigenous, Black, and other communities of color.”

Building fossil fuel infrastructure while trying to address climate change is like stopping for an errand when you’re already late or going on a shopping spree when on a budget. It’s counterproductive and nonsensical. Based on the IPCC report, we can’t afford to be counterproductive. We can’t stop climate change by investing in fossil fuels and we need Wisconsin regulators to reject these fossil fuel proposals accordingly.

We can’t stop climate change by investing in fossil fuels was originally published by the Wisconsin Examiner.

Elizabeth Ward is the director of the statewide branch of the Sierra Club.