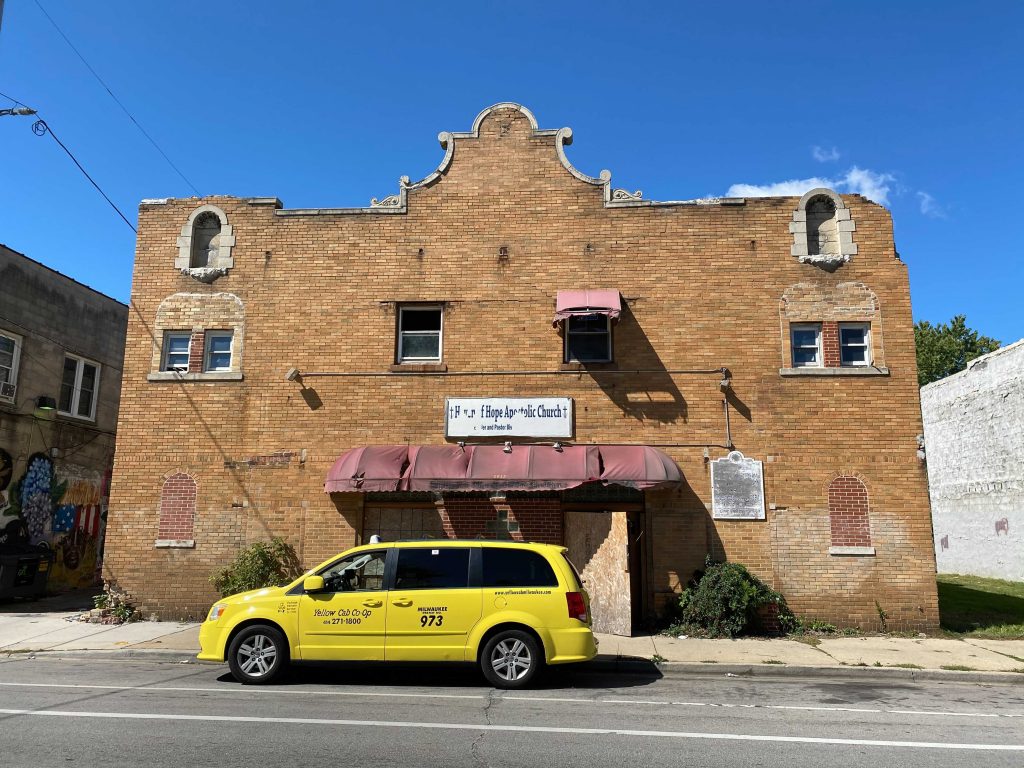 The Department of City Development is looking for a new owner for a movie theater at 2917-2923 N. Holton St., just north of W. Locust St.

Known as the Grand Theater, the building was constructed in 1911 and expanded to 850 seats in 1922. It was operated as a neighborhood theater until the 1970s.

But the seats eventually gave way to pews. It was owned and occupied by the Haven for Hope Ministries, but the organization lost the facility in property tax foreclosure in 2016.

In 2018 the Riverwest Investment Cooperative, a nonprofit group led by area residents, secured city approval to convert the facility into the Grand Imagination Theater with two stages.

But the organization announced in August 2020 that it canceled its plan because of the COVID-19 pandemic.

“With months, if not years, before a safe return to in-person performances, RIC and 53212 Presents have determined that it is no longer feasible to continue our plans to purchase and renovate the Holton Street building. At our May board meeting it was decided to let the ‘Exclusive Right to Negotiate a Purchase’ we had with the City of Milwaukee regarding the building expire,” wrote the organization on its website.

DCD put the Harambee property back on the market this month for $15,000. It is being offered on a first-come, first-served basis.

The property includes the 6,846-square-foot structure, which includes a mezzanine level, and sits on an 8,314-square-foot lot.

Get a daily rundown of the top stories on Urban Milwaukee
Included in the parcel is a vacant lot to the north. That site once housed a restaurant with apartments above, but city records indicate it was demolished in 2013.

Suggested uses for the former theater include a community center, food bank, restaurant, office, artist studio, live/work unit or dance studio. A series of city grant programs could be used to improve the property, including facade, white box and retail investment funds grants.

The theater was designed by architect John Roth, Jr. A 1927 remodeling, according to a Cinema Treasures report, gave it an atmospheric style with the interior ceiling patterned after a Mediterranean night sky. It was later known as the Puerto Rico Theatre and featured adult films. 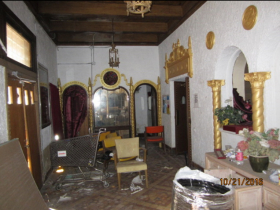 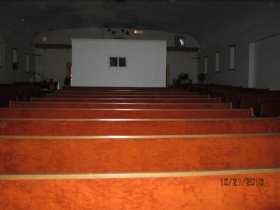 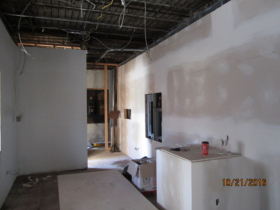 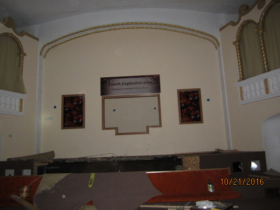 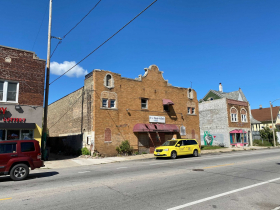 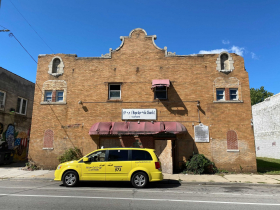