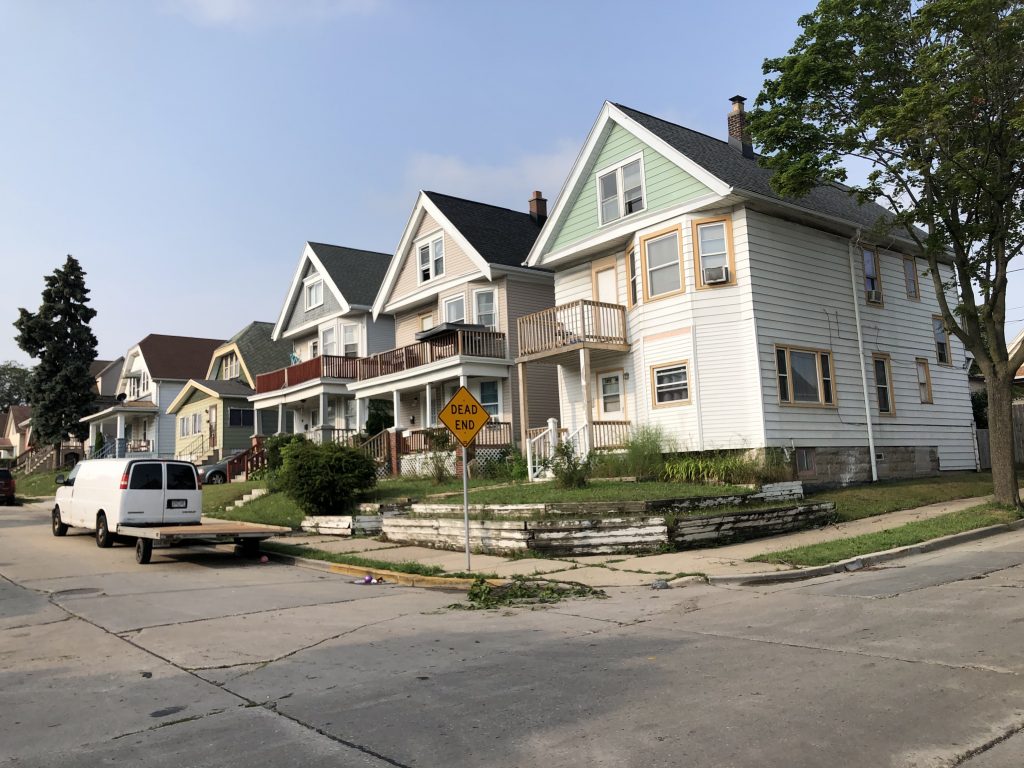 Houses along S. 15th Pl. in the Polonia neighborhood. Photo by Jeramey Jannene.

A Milwaukee housing nonprofit is one of 120 organizations awarded funds by the U.S. Department of Housing and Urban Development (HUD) to ensure landlords are conducting fair housing practices.

HUD announced Friday that the Metropolitan Milwaukee Fair Housing Council (MMFHC) will receive three grants totaling $999,149 for investigating and litigating complaints under the Fair Housing Act as well as education and outreach.

The grants are part of a $47.4 million allocation by HUD’s Fair Housing Initiatives Program.

Approximately half of the local funding, $499,149, will be used by the housing council to train similar organizations in other states.

“We have so far trained 92 organizations and 245 test coordinators,” said MMFHC president William Tisdale in an interview. “We have been the only organization to receive this grant since 2012 when it was first initiated.”

The other two grants will directly support the organization’s efforts in Wisconsin.

A $125,000 education and outreach initiative grant will be used to drive awareness of discriminatory housing practices.

“We will be developing a multimedia campaign in metropolitan Milwaukee and other areas that will assist homebuyers and homeowners to identify racially discriminatory appraisal practices,” said Tisdale.

Get a daily rundown of the top stories on Urban Milwaukee
That one-year grant would also be used for general public education and outreach on MMFHC’s service offerings. The organization investigates fair housing complaints and provides education and training to everyone from landlords and lenders to renters and real estate agents. The funding would be used to reach areas where 62% of Wisconsin residents live.

The third grant, a $375,000 award, is the second annual allocation in a three-year grant.

It will fund the organization’s private enforcement work, including investigating complaints, testing to identify discrimination and filing fair housing complaints with HUD. It will be used beginning in 2022 after the prior year’s grant expires.

Anyone that believes they may have experienced housing discrimination is encouraged to call MMFHC’s statewide hotline: 877-647-3247.