By Christine Hatfield, Wisconsin Public Radio - Sep 7th, 2021 02:45 pm
Get a daily rundown of the top stories on Urban Milwaukee 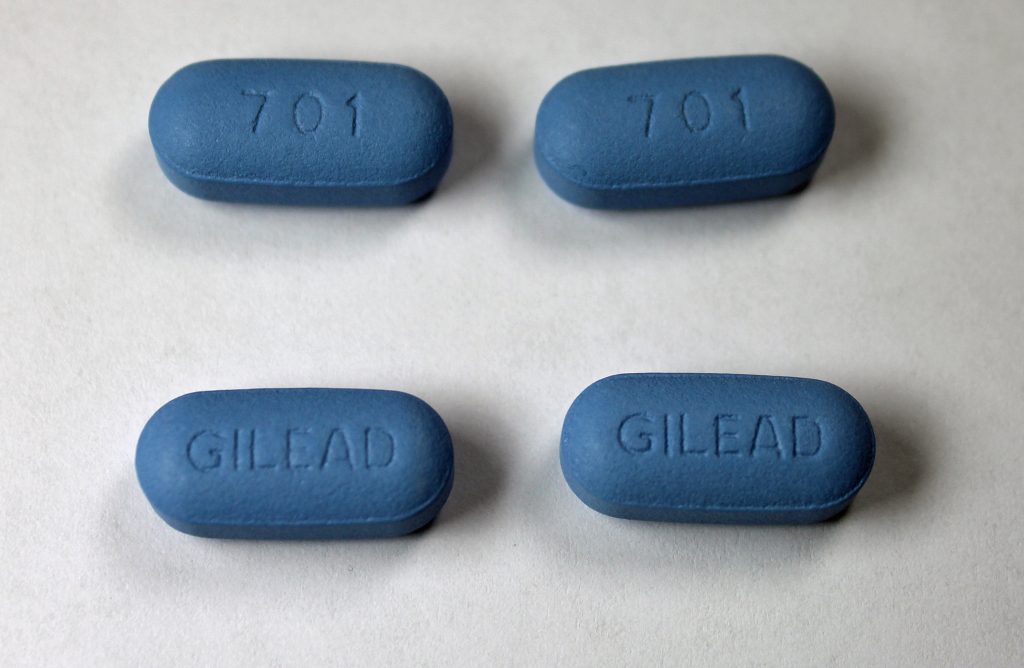 Wisconsin lags behind a majority of states when it comes to getting the HIV prevention drug PrEP to the people who most need it, according to a study released in August. But the state’s Department of Health Services said that could change in the years ahead as generic versions of the drug become more available driving costs down.

The study measured state-by-state uptake of PrEP between 2014 and 2018 among those most vulnerable to contracting HIV.

Wisconsin ranked as high as 19th in 2016 and as low as 32nd in 2018. But even in 2018, the study shows PrEP uptake in the state among vulnerable populations was less than 9 percent.

According to the Centers for Disease Control and Prevention, PrEP can reduce the chances of getting HIV through sex by 99 percent.

“We really need to improve PrEP uptake everywhere so we can help to prevent HIV infections, and help to end the HIV epidemic in the United States,” said Dr. Kathleen McManus, an assistant professor in the University of Virginia’s Department of Medicine and a co-author of the study.

For McManus, that means there’s still more work to be done.

“I think with PrEP, we see that sometimes the person who’s at risk for HIV might not know about HIV prevention medications, or they might not understand their own risk for HIV,” said McManus. “We find that there are some, there are many clinicians who don’t prescribe it or don’t know about it.”

The study found the more PrEP was already in use in a state, the more uptake of the medication has grown from year to year.

“Early adopters were having big gains, and underperforming states are not catching up,” said McManus. “It’s not good to see the worsening disparities, and really to end the HIV epidemic, the federal and the state governments need to close these gaps by translating successful policies from early adopting states to late adopting states.”

Jacob Dougherty is the HIV prevention supervisor for the Wisconsin Department of Health Services, which runs the Wisconsin HIV Program. He said an uptick in generic versions of PrEP on the market in the years since the study research period ended has made PrEP more accessible than it used to be, which could lead to more people taking it in the years ahead.

“When it was first introduced, it cost a person about $1,400 for a month supply,” said Dougherty. “Some of those generics are now only $30 a month.”

He said in general, many things have changed when it comes to HIV and what can be done about it.

“What we know now allows us to not only prevent new HIV infections, but also to allow people who are living with HIV to live longer, full, healthy lives,” said Dougherty.

But even so, he said HIV “is kind of getting forgotten in a lot of ways.”

Dougherty said HIV also still has stigma attached to it, which can lead to feelings of shame that keep people from getting the care they need.

“In some people’s families, in some religious churches, HIV is depicted as, you know, a very bad, wrong, sinful thing,” said Dougherty. “If a person was raised in that environment or believes in those types of things, there’s a lot of self-shaming and fear that goes on around even getting an HIV test, or wanting to even know your HIV status.”

Dougherty said another barrier to accessing health services comes because of the way HIV disproportionately impacts groups such as LGBTQ people and people of color.

“You have to think about HIV as an intersectional issue, and a cross-cutting issue along with things like racism, and also addressing other social determinants of health, like poverty, access to education, access to jobs, transportation and just overall quality of life,” said Dougherty. “We at the health department are making sure that the resources are going to places that can serve those populations with culturally reverent care, and by that I mean care that is specifically tailored to meet the specific needs of people in those communities.”

DHS intends to release a new five-year plan to address HIV in Wisconsin by the end of next year, according to Dougherty.

Action against the HIV pandemic is also happening on the federal level. Toward the end of July, the Biden administration began requiring insurers to fully cover the cost of PrEP.