Work Won’t Be The Same After the Pandemic

UW researchers examine the state of work in Wisconsin with annual report.

By Erik Gunn, Wisconsin Examiner - Sep 3rd, 2021 01:43 pm
Get a daily rundown of the top stories on Urban Milwaukee 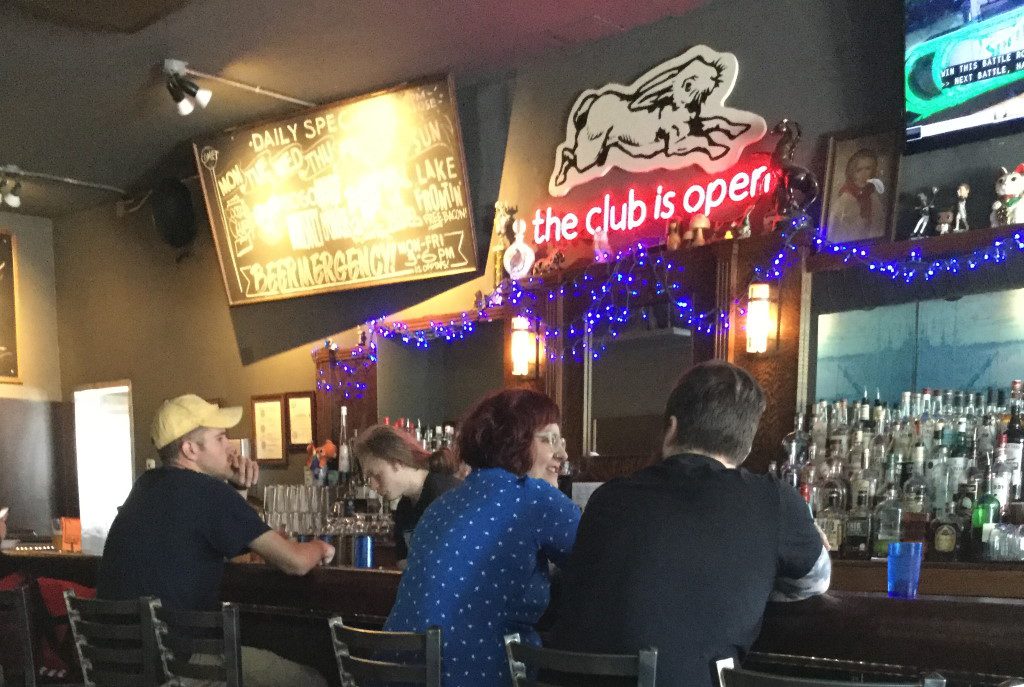 The Comet Cafe closed in 2020. Photo by Cari Taylor-Carlson.

More jobs, but not a full recovery. Better wages, but fewer unions — and, as a consequence, weaker protections for workers. And gaping inequalities by race and ethnicity.

That’s the picture painted in the 2021 edition of the State of Working Wisconsin, an annual assessment that COWS, a University of Wisconsin research and policy center, has been producing for more than two decades.

It is also the second report conducted during the coronavirus pandemic, and COVID-19’s shadow continues to hover over the economy and the lives of typical workers — those who had to keep working over the last two years, and those whose work lives were turned upside down as the virus surged, ebbed and now is surging again.

COWS Associate Director Laura Dresser acknowledges a widespread urge to get “back to normal” under those conditions.

The report examines the state’s job numbers, the role of unions and wage trends, and it includes the voices of workers who exemplify its findings.

“These are the directions that could help solve problems so consistently documented in the State of Working Wisconsin,” the report states.

“There has been a massive restructuring of work in the leisure and hospitality industry,” Dresser says. Employment in the sector has been growing again, but it remains nearly 20% below the last pre-pandemic numbers in February 2020. “You can see that when you drive by closed-down restaurants.”

For low-wage workers, the pandemic produced “information that changed the calculations about low-wage jobs,” she says. Once they take into account risks such as exposure to customers or coworkers who might carry the virus, confrontations with customers hostile to safety measures such as mask policies, and the absence of benefits such as health insurance or paid sick leave, “that is a lot less interesting a job today than it was in February 2020.”

Access to affordable child care — where employers have also been struggling to fill positions — is a further barrier for many potential job-seekers. Faced with all of those obstacles, Dresser says, “there are workers for whom the answer is, ‘I’m not ready to go back to work.’”

Those trends exacerbate Wisconsin’s longer-running demographic shift as the workforce ages and older workers leave with fewer younger workers to replace them, she observes.

Another potential factor — one not easily measured — might be a more positive development. Dresser says nationally there are fewer people who report that they are working part time but would rather be working full time. With the widespread demand for labor, “workers are in a better position to get more hours in their jobs,” she says.

Troy, one of the workers interviewed for the report, lost three part-time food service jobs in Milwaukee a year ago, but has since been rehired at one venue with additional hours. “Because of COVID-19, we were understaffed and spread thin,” he told a COWS interviewer. “It’s still not back to the way it was, but it’s a start.”

Union representation in Wisconsin now remains markedly lower than it used to be. While 10.9% of U.S. workers were represented by a union in 2020, just 8.8% of workers in Wisconsin were — down from about 13.5% a decade ago, when it exceeded the national average.

Two changes in state policy — Act 10, which largely eliminated collective bargaining and union rights for state and local public employees in 2011, and the so-called Right to Work law enacted in 2015 that weakens private-sector unions — are directly responsible for that shift, the report states.

The weakening of unions has produced a demonstrable disadvantage for Wisconsin workers and for the state’s economy, in the report’s assessment, because of the role that unions have played to raise wages and “to secure strong protections and supports for all workers in a global pandemic.” Despite the decline in union membership, the report adds, “unions continue to support workers, improve wages in worksites and often in entire sectors, and support policy that helps workers, families, and communities thrive.”

A brighter spot for Wisconsin workers in the last couple of years has been wages, but that story is mixed. Nationally, wages have risen 17% over the last four decades — far short of the 70% increase in productivity over the same period, according to calculations by the Economic Policy Institute. From 2018 to 2020, however, the median Wisconsin wage rose by $1.50, to $20.24 per hour.

That was the best year-to-year growth in the last decade, according to figures included in the report, bringing wages above their previous peak before they collapsed following the Great Recession in 2008.

The upward trend started before the pandemic, Dresser says, as a handful of national employers began raising their wages to $15 an hour. It continued and spread, boosted by the pandemic.

That happened in more than one way, she says. As many low-wage workers lost their jobs and left the workforce, that effectively pushed up the average wage even without taking actual raises into account. At the same time, however, with COVID-19 making it more difficult to attract workers, employers responded with real wage increases, she adds.

“With the unsustainability of low-wage service work, and the ability of workers to turn low-wage, low-hour jobs into better jobs, in 2021 we’re likely to see wages go up again,” Dresser says.

Yet even as wages are rising, “the inequality is still stark,” she says. It’s also most visible by race and ethnicity — compared with four decades ago, when the divide was most pronounced by gender

Measured in the value of current dollars, the median hourly wage in Wisconsin in 1979 ranged from $18 for Hispanic men to $20 for Black men and $23 for white men.

That same year, it was $11 for Hispanic women, a little more than $13 for white women and almost $15 for Black women.

(Dresser says that in the 1970s, it wasn’t unusual for Black women to have higher rates of paid work than white women, giving them longer experience and lifting their wages. White women with college degrees often stayed out of the labor market in that decade, while Black women with degrees were much more likely to work. But she also notes by 1981, the median wage for Black women was no longer higher than what white women were being paid.)

By 2020, median wages had fallen for men and risen for women. The median hourly wage for white men fell slightly, to just under $23; for white women it soared, to $19.

But for both groups, regardless of gender, the 2020 median wages clustered several dollars below the median wage for white men and women: $16 for Black men, $17.50 for Hispanic men, $16.60 for Black women and just over $16 for Hispanic women.

Looking ahead, the report finds both some hope as well as reasons to be wary.

“There are now reasons for optimism about the trajectory of the economy,” the report states, including the addition of 13,000 jobs in June, widely available vaccines and federal support programs instituted in the pandemic. But the coronavirus delta variant has brought a new increase in cases, while some of those support programs, including expanded unemployment pay and a moratorium on evictions, have ended or will soon.

“For working Wisconsin,” the report states, “there’s no crystal ball about where we’ll be in a few months.”