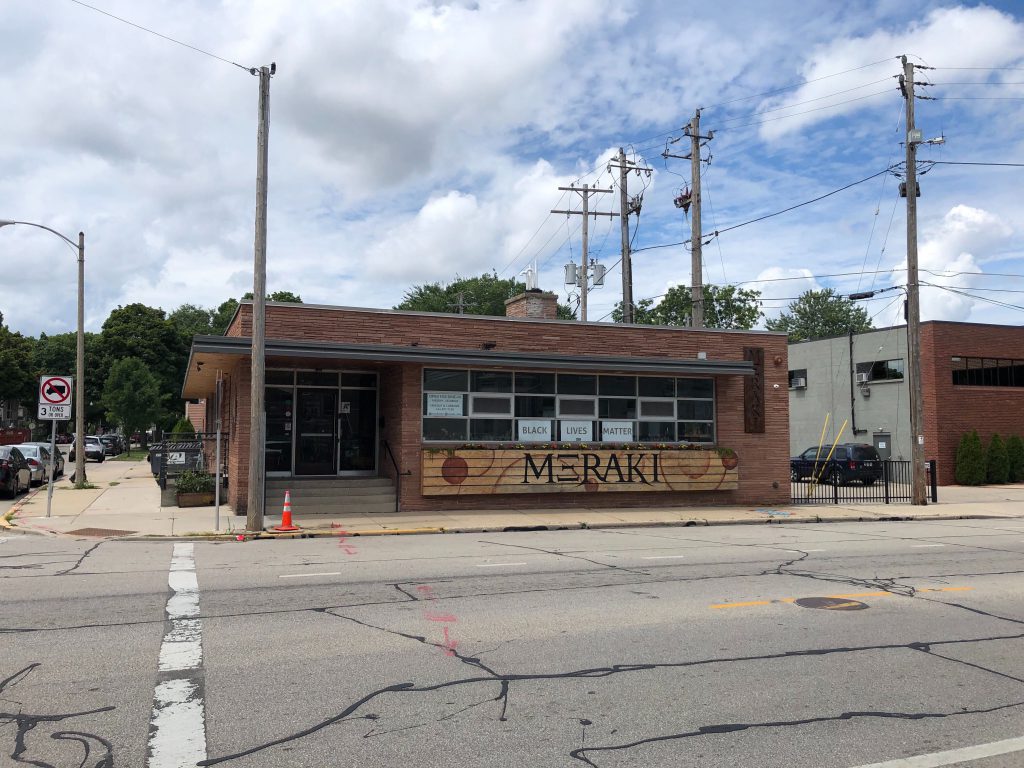 Those shopping for their next houseplant can now get a tasty meal, too, thanks to the addition of a food trailer at Maranta Plant Shop, a minority-owned plant shop located at 1739 N. Dr. Martin Luther King Jr. Dr. The food trailer, named Tostada by Maranta, currently serves four kinds of tostadas and two kinds of agua fresca. The trailer is run by Dominique Alvarado, who Milwaukeeans might recognize from Mexican restaurant Algo Dulce. The trailer is open from 4 p.m. to 9 p.m. Wednesday to Saturday and 11 a.m. to 3 p.m. on Sunday. The trailer boasts it will operate even during the winter. Carol Deptolla reports:

“The one that everyone is super crazy about is pork belly,” she said. Alvarado toasts chile de arbol and combines it with honey, sherry and fresh herbs to sauce the crisped pork belly.

Popular Bay View small plates restaurant Odd Duck has big plans for its 10th anniversary: It’s moving into a new home. Owners Melissa Buchholz and Ross Bachhuber have purchased a building at 939 S. 2nd St., where the couple plans to move their restaurant sometime in early 2022. The restaurant leases the building it currently resides in, and if things had gone their way, the couple would have purchased that building. But Walker’s Point is just a stone’s throw away from Bay View, and the restaurant will fit right in with the likes of Morel and Movida. Deptolla reports:

The owners say Odd Duck will remain a small-plates restaurant serving global dishes made with seasonal and local ingredients.

The move provides not only more tables for diners but a bigger kitchen and more storage space, which will allow them to expand offerings.

The Bay View location is to remain open through the end of 2021. The restaurant will close for about a month to make the move, most likely in January; plans call for the new location to open to diners in late winter or early spring.

A new spot to enjoy cocktails, dancing and karaoke is coming to Capitol Drive potentially as soon as October 1. The Luxury Lounge, which would open at 807 E. Capitol Dr., is taking over a space previously occupied by a RadioShack. The lounge will have a house DJ, and will serve typical bar fare such as mozzarella sticks and chicken tenders. Urban Milwauke’s Angeline Terry reports:

The application was filed by Tyseria Griffin, who has experience bartending and is being mentored by a good friend who has owned her own bar.

On the license application, Griffin noted that she will be building a bar, adding a second bathroom and adding a kitchen to the building prior to opening.

Brewery District Getting a New Gastropub

Out with the old and in with the new as another popular downtown night-life destination is replaced by a new business. On Tap, a new gastropub, will take over the space left vacant by Jackson’s Blue Ribbon Pub at 1203 N. 10th St. The pub will be owned and operated by Gorman & Company, an attached Brewhouse Inn & Suites hotel. On Tap is aiming to achieve a more elevated vibe than the space’s previous occupant, with a menu focusing on local and seasonal ingredients. Terry reports:

Chef Robert Sikkila will lead the restaurant. He also oversees the 1844 Table & Mash in Kenosha, another hotel restaurant owned by Gorman & Company.

Sikkila, in an interview, described the vision for On Tap as an “upscale gastropub” and said that some menu highlights include a Friday fish fry and Door County cheese curds battered in Pabst Blue Ribbon beer.

Clark said that the inside of the space will have a similar look to Jackson’s. Once open, he hopes to have live music in the pub.

The intimate Washington Heights bar and restaurant Tusk has announced via a Facebook post that it has permanently closed its doors. The post thanks its loyal customers for the past three years of business, but signs off with a hopeful message: “Keep watching though something awesome may be coming our way.” Comments on the post express a future yearning for the restaurant’s fish fry and old fashioned Fridays, bacon-infused ramen bowls and brussel sprouts tossed in brown sugar BBQ seasoning. The restaurant, which was opened by the owner of Milwaukee pub and grill McBob’s, opened in November 2018. A specific reason for the closing has not been revealed.