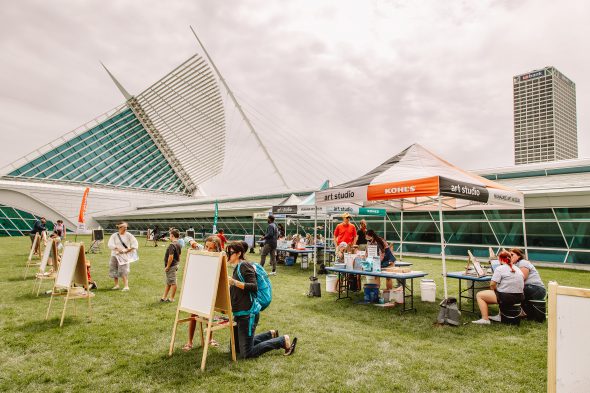 These events include art making, yoga classes and live music on the east lawn of the museum, 700 N. Art Museum Dr. They run Thursday through Sunday until September 5 beginning at 10 a.m. and typically running until 4:30 p.m., with some later events on Thursdays.

This is part of a new program called Lakeside at MAM that evolved out of a desire to create a safer, outdoor experience, according to Josh Depenbrok, public relations manager at the Milwaukee Art Museum. Depenbrok also said that the pandemic-related museum closures helped the museum team realize that its outdoor spaces were being underutilized.

“It gave us a chance to step back and reevaluate our spaces on our campus,” Depenbrok said.

Because it was the first year for this event, Depenbrok said it was hard to estimate how many people would participate. Much to his surprise, the kickoff event for this program got over 100 participants.

“We’ve seen a better turnout than we were even anticipating,” Depenbrok said.

This turnout, he said, is partially because the event is able to pull from the pedestrian and tourist activity of the nearby Oak Leaf Trail.

Lakeside at MAM opened June 17, almost a month before the museum fully reopened to the public after being closed due to the COVID-19 pandemic.

Now the organization, like many others in the area, is reevaluating its COVID-19 regulations amid a rising number of infections in Milwaukee County. As of August 12, Lakeside at MAM requires participants to be masked when making art in any tented-in areas. Masks are provided on site.

“We’re, just like everyone else, continuing to monitor the national trends and the delta variant,” Depenbrok said. 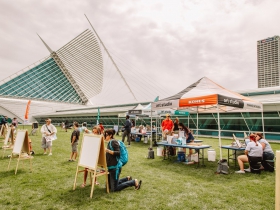 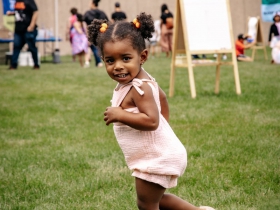