32-story, luxury apartment tower would be built on landmark site in Third Ward. 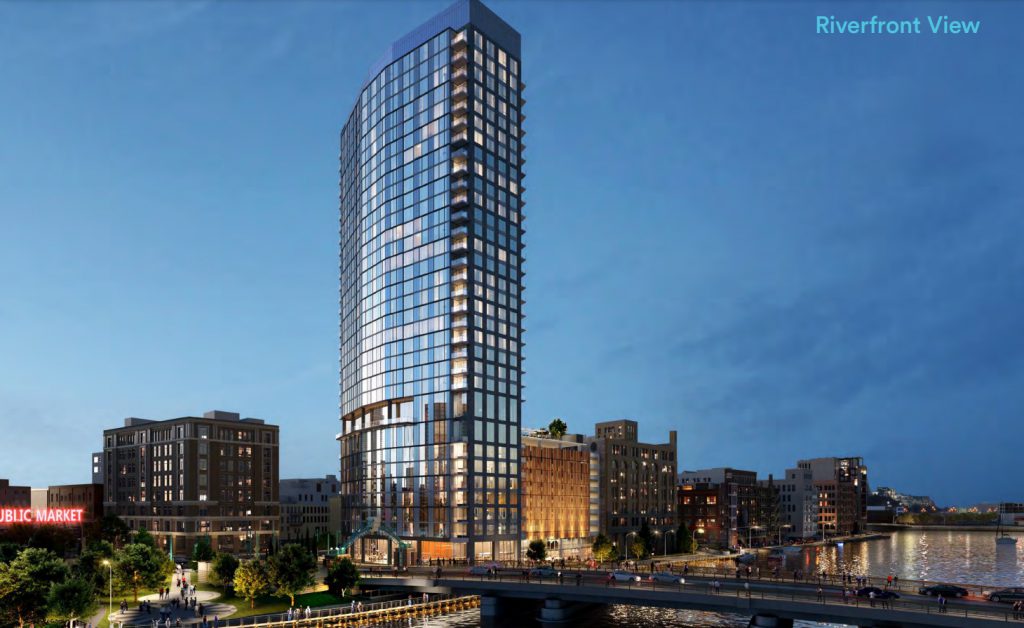 Hines Acquisitions continues to pursue the development of a 32-story apartment tower at the northwest corner of the Historic Third Ward.

The $140 million tower would be developed on the site of a 0.79-acre, riverfront surface parking lot at 333 N. Water St.

The proposal calls for a 365-foot, 300-unit apartment tower with an attached eight-level, 405-stall parking structure. The apartments, owing to the location, finishes and amenities, are intended to command a premium price.

The City Plan Commission is scheduled to review the riverwalk connections and Milwaukee River-facing elevations at its Aug. 23rd meeting. The commission holds design review power over the project because it is located in the Historic Third Ward Riverwalk overlay zone.

A separate proposal pending before the Common Council would change the site’s zoning from Downtown-Mixed Activity (C9G) to Downtown-Residential and Specialty Use (C9B) to enable the tower’s construction.

Get a daily rundown of the top stories on Urban Milwaukee
The existing riverwalk segment, detached from the property, would remain. But a new connection would be created near the property’s northern edge at E. St. Paul Ave. That publicly-accessible connection would go partially under the building and end at the intersection of N. Water St. and E. St. Paul Ave. The land-based portions would be 12 feet wide while the bridge portion out to the existing riverwalk would be eight feet wide.

The roof of the parking structure would be used for a tenant amenity deck, complete with outdoor pool. The adjoining eighth floor of the tower would be a resident amenity level with fitness center, lounge, game room, party room and co-working space. The north facade of the parking garage would be hidden by units from the second to seventh floor, making the tower appear to go the whole way to the ground.

The parking structure could be shared with the adjoining Renaissance Building, 309 N. Water St.

The new tower is being designed by the Chicago office of Solomon Cordwell Buenz. The firm also collaborated with Hines on the development of Northwestern Mutual‘s 35-story, high-end 7Seventy7 apartment tower.

The proposed zoning change is different than most large project changes where a unique zoning district, known as a detailed planned development, is created to enable a specific building design.

But regardless of the zoning designation, the project’s design is regulated by the Historic Third Ward Architectural Review Board. That body signed off on the project in June, handing off a few remaining issues to board staffer and UW-Milwaukee architecture professor Matt Jarosz.

Area Alderman Robert Bauman is a member of both the architectural review board and the council’s Zoning, Neighborhoods & Development Committee. He has publicly endorsed the project.

The Third Ward design plan calls the location a landmark site and specifically calls for a larger building at the site.

The private development is not seeking city financing.

For a greater discussion on the building’s design, see our coverage from June. 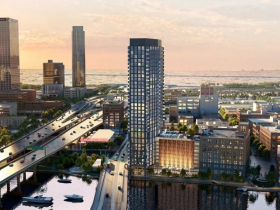 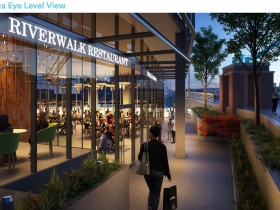 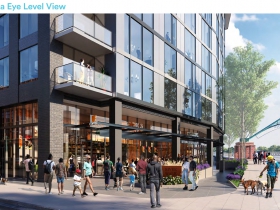 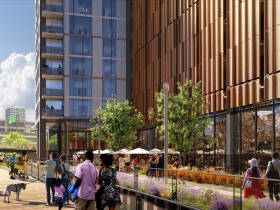 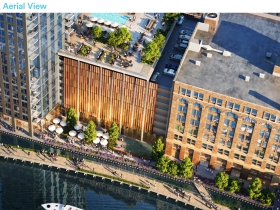 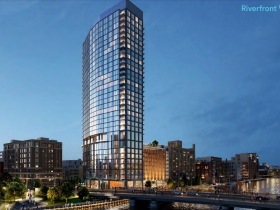